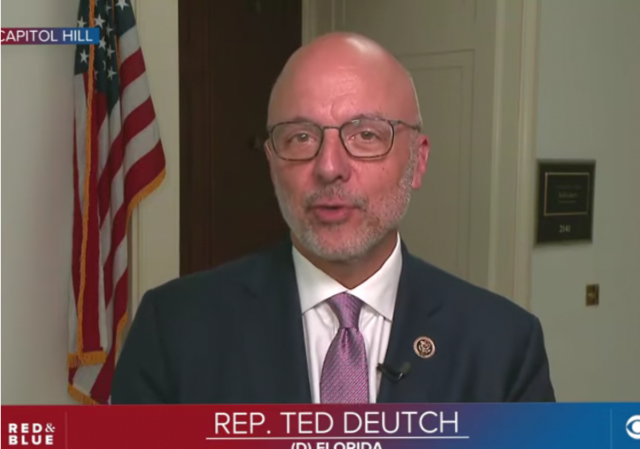 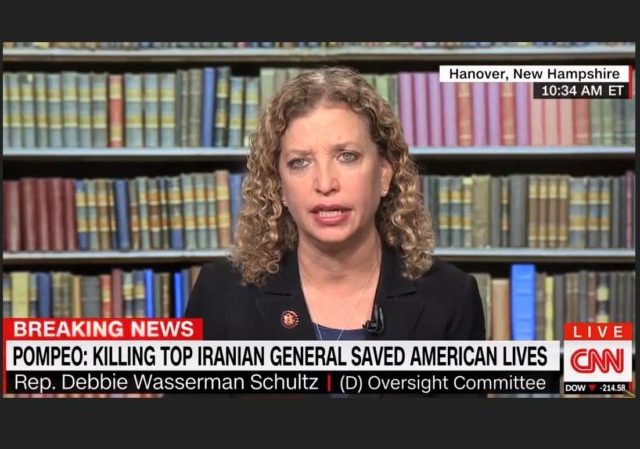 Posted by Fuzzy Slippers on January 04, 2020 42 Comments
The left's Trump Derangement Syndrome is on full display following the killing of Qassem Soleimani.  It's actually mind-boggling to see the left leap to the defense of such an evil man who was personally responsible for the deaths of so many Americans and our allies.
Read More

Posted by Mary Chastain on July 03, 2018 19 Comments
The Daily Caller's Luke Rosiak continues to do a great job with the story about Rep. Debbie Wasserman Shultz's former IT aide Irwan Awan and his family. The publication received a memo dated February 3, 2017, from Congress's top cop Sergeant-at-Arms Paul Irving to the Committee on House Administration (CHA). Irving and Chief Administrative Officer (CAO) Phil Kiko wrote that the House Democratic Caucus's server disappeared after it became evidence in the cybersecurity probe against Awan. The two men "concluded that the employees [Democratic systems administrator Imran Awan and his family] are an ongoing and serious risk to the House of Representatives, possibly threatening the integrity of our information systems and thereby members’ capacity to serve constituents.”
Read More 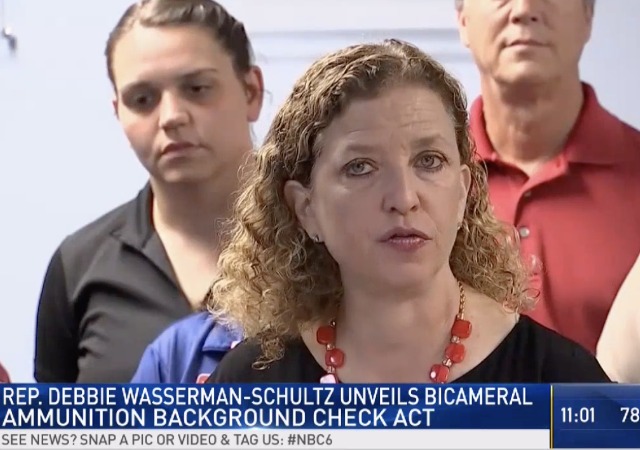 Posted by Mary Chastain on March 27, 2018 75 Comments
The Constitution bars the government from passing laws that prevent us from exercising our natural right to bear arms. Knowing they don't have a chance of outrightly banning guns, the anti-gun crowd drafted a bill that would require a background check to buy ammunition.
Read More 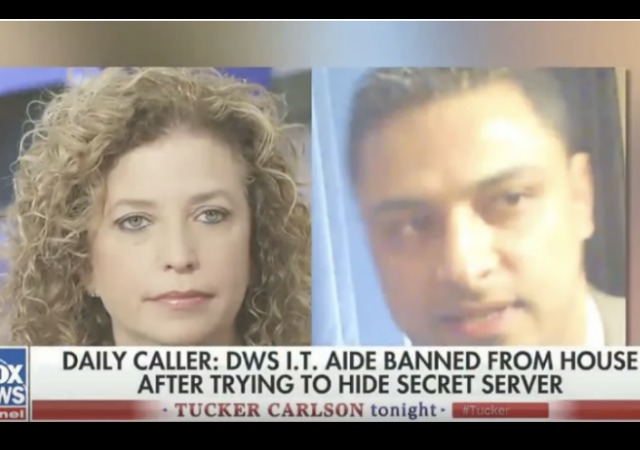 Posted by Kemberlee Kaye on January 17, 2018 16 Comments
Congressional investigators released a report indicating, "Democrat IT aides made unauthorized access to congressional servers in 2016, allegedly accessing the data of members for whom they did not work, logging in as members of Congress themselves, and covering their tracks, according to a presentation summarizing the findings of a four-month internal probe," reported the Daily Caller Tuesday.
Read More

Wasserman Schultz’s Aide Banned From Network Due to Secret Server

Posted by Mary Chastain on September 14, 2017 8 Comments
Authorities decided to ban Rep. Debbie Wasserman Schultz's (D-FL) IT aide Imran Awan from the House network due to a secret server. From The Daily Caller:

Now-indicted former congressional IT aide Imran Awan allegedly routed data from numerous House Democrats to a secret server. Police grew suspicious and requested a copy of the server early this year, but they were provided with an elaborate falsified image designed to hide the massive violations. The falsified image is what ultimately triggered their ban from the House network Feb. 2, according to a senior House official with direct knowledge of the investigation. 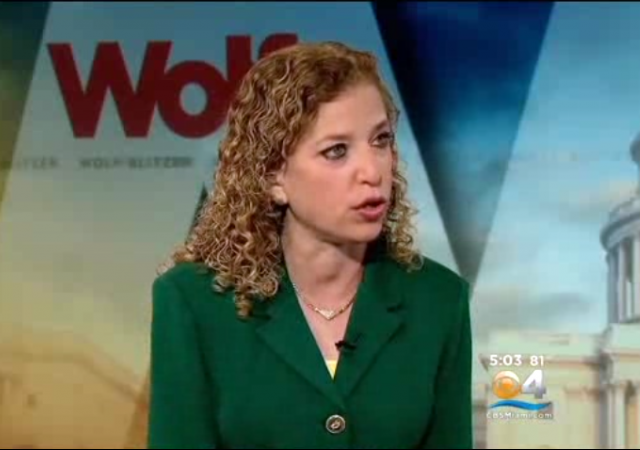 Former Democrat IT Aide Reaches Deal, Will Return to U.S.

Posted by Mary Chastain on September 06, 2017 20 Comments
The Washington Examiner reported that Hina Alvi, the former Democrat IT aide that fled to Pakistan after coming under a federal investigation, has struck a deal with authorities and will return to the states. Alvi is married to Imran Awan. Both of them worked as IT aides to Rep. Debbie Wasserman Schultz (D-FL). Authorities arrested Awan on bank fraud charges at Dulles airport in July.
Read More

Posted by Mary Chastain on August 30, 2017 24 Comments
Ready for another bombshell in the case of a former IT aide to Rep. Debbie Wasserman Schultz (D-FL)? Turns out that Imran Awan still has an active email account connected to Rep. André Carson (D-IN), even though he's been banned from the network since the Capital police named him in an investigation concerning stolen equipment and breaching the House IT system.
Read More 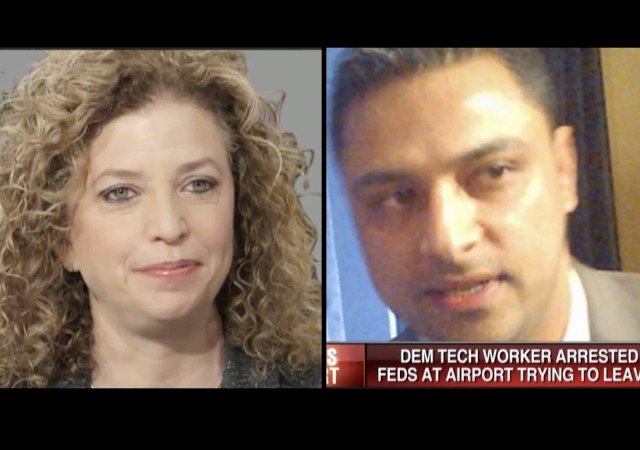 Posted by Mary Chastain on August 21, 2017 32 Comments
Authorities are investigating whether the IT aides that worked for Rep. Debbie Wasserman Schultz (D-FL) and other lawmakers stole sensitive information and sold it to Pakistan and Russia.
Read More

Posted by Mary Chastain on August 17, 2017 35 Comments
A grand jury has indicted Rep. Debbie Wasserman Schultz's former IT aide Imran Awan on four counts. The indictment includes his wife Hina Alvi, who escaped to Pakistan with their daughters earlier this year. Authorities arrested Awan at Dulles airport in July, where he planned to fly to Pakistan after he wired almost $300,000 to the country.
Read More

Posted by Mary Chastain on August 11, 2017 26 Comments
The last 14 months or so have not been kind to Rep. Debbie Wasserman Schultz. First the DNC had emails leaked, which led to her losing her position as chairwoman. Then she caught fire when she kept IT aide Imran Awan on her payroll even after the FBI placed him under an investigation for stealing equipment and breaching the House IT system. She didn't fire him until officials arrested him on bank fraud charges. Now her party wants nothing to do with her. Some members spoke to Politico and put their names on their statements.
Read More

Debbie in Denial: Stands by sketchy Pakistani IT aide

Posted by William A. Jacobson on August 04, 2017 27 Comments
Debbie Wasserman Schultz is in the middle of a spreading scandal over her use of Pakistani IT aides, who were given access to the computers of numerous Democrat politicians and the DNC. Shultz retained those aides, in particular Imran Awan, right up to the time Awan was arrested while trying to flee the country. Congressional Republicans have called for Wasserman Schultz to testify about the relationship. Kimberley Strassel notes that this is The Scandal That Matters:
Read More

Posted by Mary Chastain on August 02, 2017 19 Comments
Republicans have suggested that Rep. Debbie Wasserman Schultz should testify to explain why she kept IT aide Imran Awan on her payroll after he became a subject of an FBI investigation in March. Wasserman Schultz did not fire Awan until last week when authorities arrested him at Dulles Airport on bank fraud charges. The Capital Police placed Awan along with his wife and two brothers under investigation months ago for breaching House IT systems and stealing equipment. Other House lawmakers fired the four, but Wasserman Schultz kept Awan on payroll.
Read More

Posted by Mike LaChance on July 29, 2017 38 Comments
Former DNC chair Debbie Wasserman Schultz is at the center of a scandal involving her former IT staffer. We covered the scandal in recent posts: But you'd never know there was a scandal by the amount of time the mainstream media spends talking about it. Tim Graham reports at News Busters:
Read More 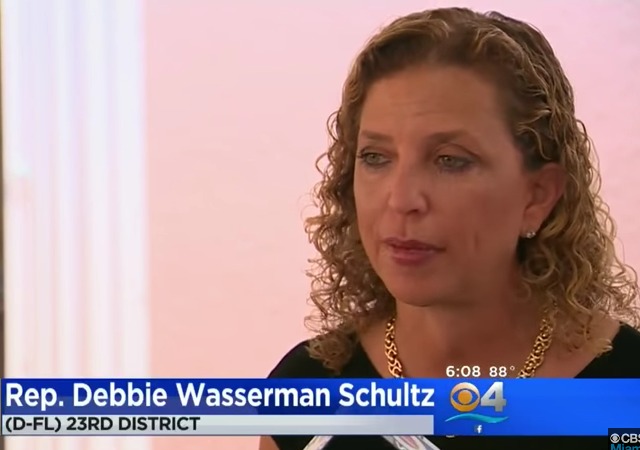 Posted by Mary Chastain on July 26, 2017 34 Comments
Authorities arrested Imran Awan, the IT aide of Rep. Debbie Wasserman Schultz (D-FL) under an FBI investigation, at Dulles Airport after he wired almost $300,000 to Pakistan. The police arrested Awan on bank fraud charges and cannot leave the country. A source recently told The Daily Caller “that the FBI has joined what Politico previously described as a Capitol Police criminal probe into ‘serious, potentially illegal, violations on the House IT network'” by Awan, his wife Hina Alvi, and his brothers Abid and Jamal.
Read More

Posted by Mary Chastain on July 24, 2017 39 Comments
The Daily Caller reported that the FBI has taken the smashed hard drives from the home of Pakistani-born Imran Awan, a former IT aide that worked for Rep. Debbie Wasserman Schultz (D-FL). The Capitol Police took "computer equipment tied to the Florida lawmaker." A source told The Daily Caller "that the FBI has joined what Politico previously described as a Capitol Police criminal probe into 'serious, potentially illegal, violations on the House IT network'" by Awan, his wife Hina Alvi, and his brothers Abid and Jamal. Officials suspect these four people “accessing members’ computer networks without their knowledge and stealing equipment from Congress.”
Read More

Posted by Leslie Eastman on May 16, 2017 20 Comments
By now, every Legal Insurrection reader will likely have been exposed to a deluge of media related to the Washington Post's assertions about President Donald Trump disclosing highly classified information in his meeting with Russian Foreign Minister and Ambassador. However, the intense media focus on the White House has meant substantially less ink, electrons and time have been spent covering two, significant class action lawsuits against the Democratic National Committee: 1) It's shenanigans during the primary to weigh the nomination in Hillary Clinton's favor. 2) Failure to pay its campaign workers for overtime. I was registered as a Democrat for a significant portion of the primary season, and voted for Bernie Sanders in the California primary. So, I thought I would spend a little time on each of these cases.
Read More
Announcement