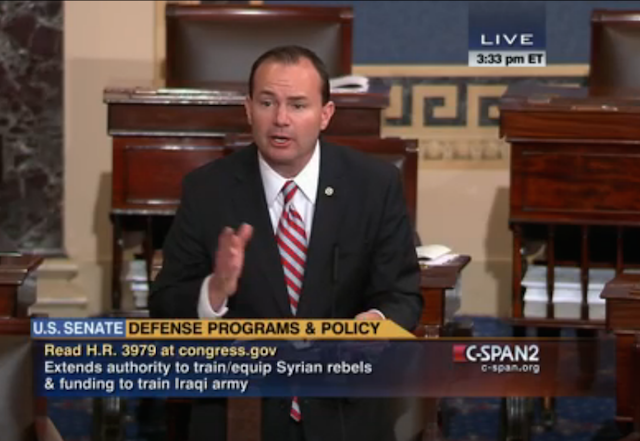 Posted by Amy Miller on December 12, 2014 4 Comments
Update: The Senate has managed to muster the majority vote needed to pass the NDAA. Votes are still flowing in. (Bill eventually passed 89-11.) --- You can watch the debate and final vote here, via C-SPAN. The Senate has been in session since 10 this morning, debating a $585 billion defense authorization. The National Defense Authorization Act, when passed, will authorize spending by the Pentagon into 2015, and includes a controversial lands use portion that would create new national parks and expedite the permit process for oil and gas drilling. Interestingly enough, most of the chatter about the NDAA has revolved not around defense spending itself, but around the unrelated, deficit-neutral land use provisions. From The Hill:

“The NDAA for fiscal year 2015 is a legislative hodgepodge that includes those straightforward, noncontroversial items that almost all of us support, but also numerous other provisions that are unrelated to national defense,” Sen. Mike Lee (R-Utah) said. “Most egregiously, the drafters secretly added 68 unrelated bills pertaining to the use of federal lands.” ... As the House prepares to leave town Thursday night, the bill's authors made it clear it that this bill was the only chance to pass an NDAA authorization by the end of the year. “We have to pass this bill,” Sen. James Inhofe (R-Okla.) said ahead of the vote. “The House is going to go home and there are no ways to make any changes.” Senators on both sides of the aisle defended the lands use portion, saying the Congressional Budget Office reported it would be deficit neutral. It designates new national parks and wilderness areas and expedites the permit process for oil and gas drilling, among other things. “That is why the package of lands bills in the National Defense Authorization Act is vitally important to America.” Senate Majority Leader Harry Reid (D-Nev.) said. “This compromise is the chance for the Senate to get something done.” 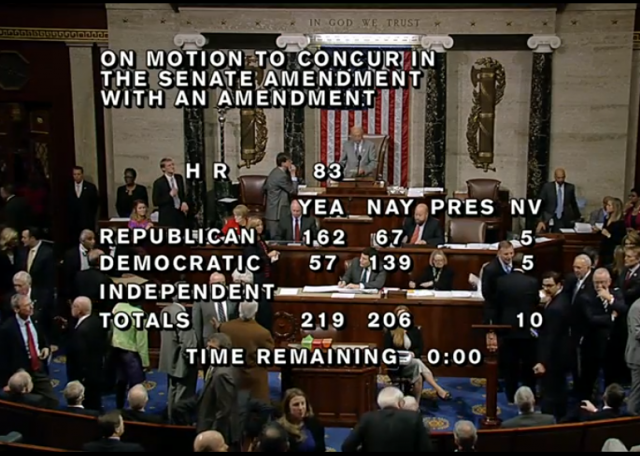 You know what comes next:

And now: The airing of grievances! 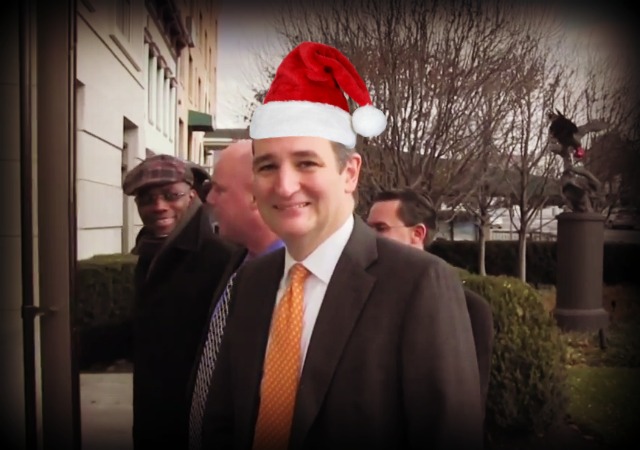 Guess what Ted Cruz got his Secret Santa for Christmas