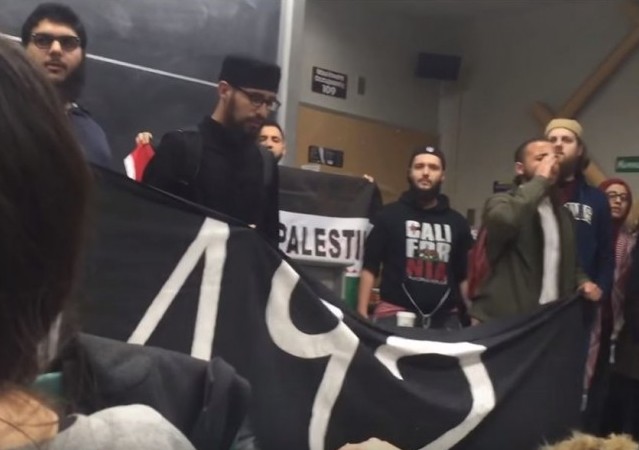 Posted by William A. Jacobson on March 11, 2016 11 Comments
Disruption of Israeli or pro-Israel speakers and events is becoming all too common on college campuses, including by groups like Students for Justice in Palestine (SJP) and similar groups. The purpose is to make sure that Israeli and pro-Israel points of view cannot be presented without incident, and to create a campus climate of intimidation. We have reported on several such recent disruptions, including at University of Minnesota Law School, UT-Austin, Kings College (London), U. Windsor, University of South Florida, and an LGBTQ Shabbat Event in Chicago. Even events that are not disrupted are protested, such as the appearance of actor Michael Douglas and human rights hero Natan Sharansky at Brown University The latest was the disruption of an appearance at UC-Davis by Israeli diplomat George Deek, who also happens to be an Arab Christian. Israel On Campus Coalition reports:
Read More
DONATE