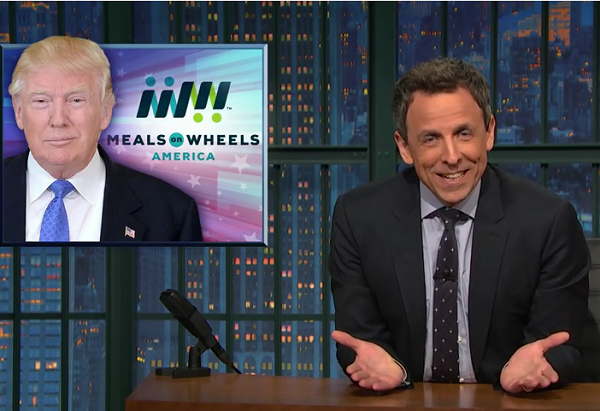 Posted by Fuzzy Slippers on March 18, 2017 9 Comments
The internet exploded this week with the "news" that President Trump's budget proposal included cutting and/or completely eliminating the Meals on Wheels program.  The headlines were outrageous clickbait that had little to do with the actual budget proposal. For example, New York Magazine has an article entitled, "White House Says Cutting Meals on Wheels is 'Compassionate'," Rolling Stone has one entitled "Meals on Wheels Seniors Respond to Trump: Cut Something Else," the BBC writes that "Meals on Wheels cut back prompts backlash," and Slate declares that "Trump's budget director says Meals on Wheels sounds great but doesn't work." The problem with these and the many other such headlines is that Trump is not cutting, and is certainly not eliminating, Meals on Wheels.
Read More
DONATE