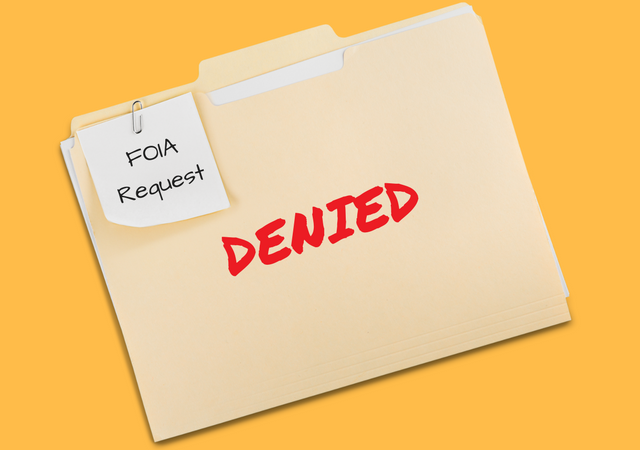 Posted by Kemberlee Kaye on September 20, 2017 13 Comments
The right of the private citizenry to make a public record request has, at least until recently, required local and federal governments to maintain a certain level of transparency. But a disturbing new trend has private citizens and even journalists flummoxed. In Louisiana, Michigan, Kentucky, and Oregon, individuals requesting public records have been sued by the agencies whose documents they requested. This new lawfare front has successfully kept public records out of the hands of requestors and made others think twice before making FOIA (Freedom of Information Act) requests.
Read More

Posted by Mike LaChance on June 16, 2015 12 Comments
The race for 2016 has shifted the focus of the media and many Americans away from the IRS scandal, but a new development in the story has come to light. Over 6,000 Lois Lerner emails have been found but the IRS is stalling on sharing them. You'll never guess why. Gerri Willis of the FOX Business Network reports:

IRS Finds 6,400 Lois Lerner Emails But Won't Hand Em Over The Internal Revenue Service may have found 6,400 emails from Lois Lerner, who oversaw the tax agency’s Exempt Organizations Unit, but the government agency has no plans to share. Attorneys from the Department of Justice representing the IRS say the emails won’t be shared because the service is making sure that none of them are duplicates. Lerner is at the center of a scandal in which the tax agency denied special tax status to conservative groups. Her emails have been sought by members of Congress and conservative groups alike. One of those groups, Judicial Watch, has been seeking emails as part of a Freedom of Information Act (FOIA) request filed two years ago. Originally, the IRS said the email trail was permanently lost because the computer drive that contained it crashed. However, the Treasury Department’s Inspector General for Tax Administration or TIGTA, was able to retrieve 6,400 emails which it has subsequently sent to the agency. It is these emails that the IRS wants to check for duplicates. 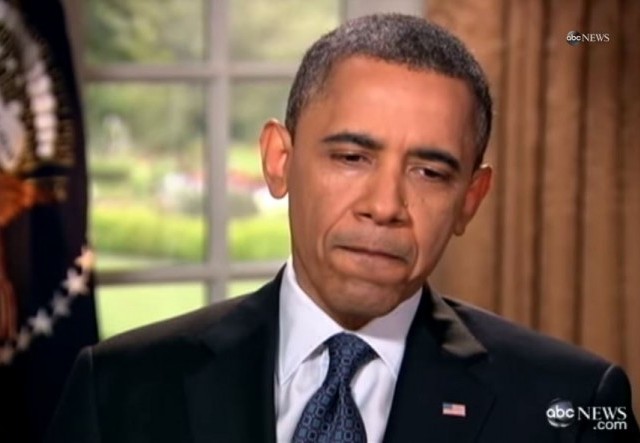 Posted by Amy Miller on March 18, 2015 3 Comments
So much for The Most Open and Transparent Administration in the History of the World©." Analysis by the Associated Press shows that last year the Obama Administration set a new record for either denying access to or censoring government documents when responding to Freedom of Information Act (FOIA) requests. From the AP:

The government's new figures, published Tuesday, covered all requests to 100 federal agencies during fiscal 2014 under the Freedom of Information law, which is heralded globally as a model for transparent government. They showed that despite disappointments and failed promises by the White House to make meaningful improvements in the way it releases records, the law was more popular than ever. Citizens, journalists, businesses and others made a record 714,231 requests for information. The U.S. spent a record $434 million trying to keep up. It also spent about $28 million on lawyers' fees to keep records secret. The new figures showed the government responded to 647,142 requests, a 4 percent decrease over the previous year. It more than ever censored materials it turned over or fully denied access to them, in 250,581 cases or 39 percent of all requests. Sometimes, the government censored only a few words or an employee's phone number, but other times it completely marked out nearly every paragraph on pages. On 215,584 other occasions, the government said it couldn't find records, a person refused to pay for copies or the government determined the request to be unreasonable or improper.

In 1 in 3 cases, the Administration admitted when challenged that denials of open records requests were improper under the law. Officials also took longer than previous Administrations to process requests, replied saying they had lost or could not find the requested material, and, according to the AP, "refused a record number of times to turn over files quickly that might be especially newsworthy." This report hit just two days after the White House made the call to remove its Office of Information from underneath the FOIA umbrella.
Read More 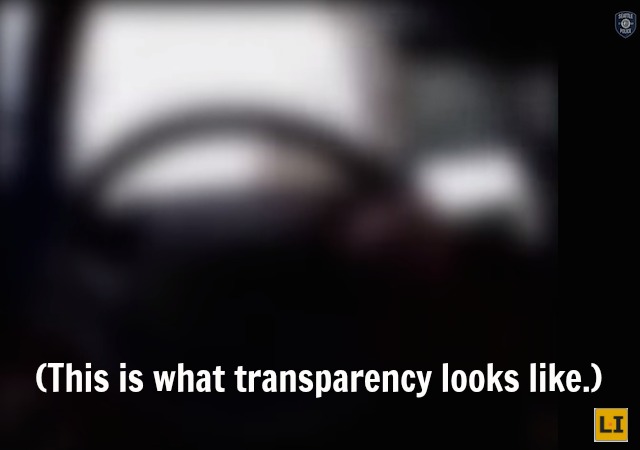 Posted by Amy Miller on March 11, 2015 7 Comments
Big Brother is making an effort at transparency---and it might just work. The Seattle Police Department has taken information accessibility to a new level by posting redacted footage from its officers' body cameras online. You can view the channel here (it's not a stream, and each "episode" is posted separately.) Here's what it looks like: The SPD blotter explains why officers are wearing cameras to begin with:

The intent is to capture video of officer interactions. The footage can be used as evidence against suspects, and help monitor the behavior of officers. In addition, a recent report by the U.S. Department of Justice found that most research on the use of body-worn cameras “document a reduction in citizen complaints against the police and, in some cases, similar reductions in use of force and assaults on officers.”

Fair enough. When I've discussed this issue with my friends, I've normally come down on the side of "no body cameras," mostly because I couldn't stop imagining the pressure of having my work habits recorded; but the Seattle PD has made this choice, and I think it's an interesting, civilian-friendly approach to increasing transparency.
Read More

Posted by Kemberlee Kaye on October 07, 2014 3 Comments
Turns out Twitter is also fed up with this administration's war on transparency. Last month, Twitter released a report detailing how they'd been banned from reporting the extent of government surveillance on the platform. In that report Twitter explained:

"...if the government will not allow us to publish the actual number of requests, we want the freedom to provide that information in much smaller ranges that will be more meaningful to Twitter’s users, and more in line with the relatively small number of non-national security information requests we receive. We also pressed for the ability to be specific about different kinds of national security requests and to be able to indicate “zero requests” if that applies to any particular category of request. Unfortunately, we were not able to make any progress at this meeting, and we were not satisfied with the restrictions set forth by the DOJ.

Today Twitter announced they're taking the transparency fight to court:

Our ability to speak has been restricted by laws that prohibit and even criminalize a service provider like us from disclosing the exact number of national security letters (“NSLs”) and Foreign Intelligence Surveillance Act (“FISA”) court orders received — even if that number is zero. It’s our belief that we are entitled under the First Amendment to respond to our users’ concerns and to the statements of U.S. government officials by providing information about the scope of U.S. government surveillance – including what types of legal process have not been received. We should be free to do this in a meaningful way, rather than in broad, inexact ranges. So, today, we have filed a lawsuit in federal court seeking to publish our full Transparency Report, and asking the court to declare these restrictions on our ability to speak about government surveillance as unconstitutional under the First Amendment. The Ninth Circuit Court of Appeals is already considering the constitutionality of the non-disclosure provisions of the NSL law later this week.

You can read the filing in its entirety beneath:
Read More
DONATE