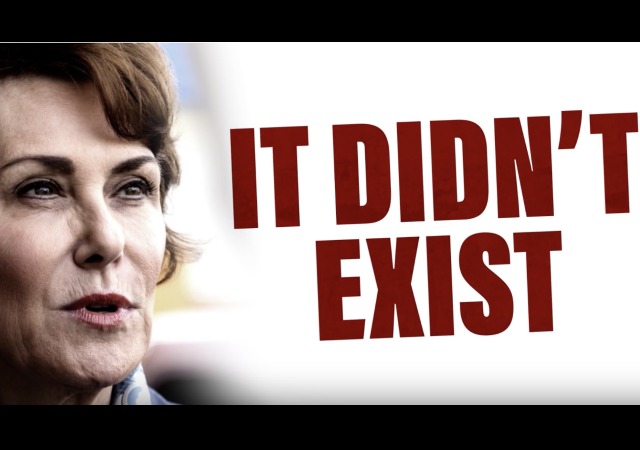 Posted by Mary Chastain on July 11, 2018 17 Comments
Jacky Rosen hopes to unseat Sen. Dean Heller, the only Republican incumbent in a state failed Democrat presidential candidate Hillary Clinton won. Rosen has a three-point lead over Heller and the DNC has poured a lot of money into her campaign. Rosen has bragged about building a small business in Nevada. The Reno Gazette Journal and Daily Caller both reviewed public records and found no evidence that Rosen's software consulting business actually existed.
Read More 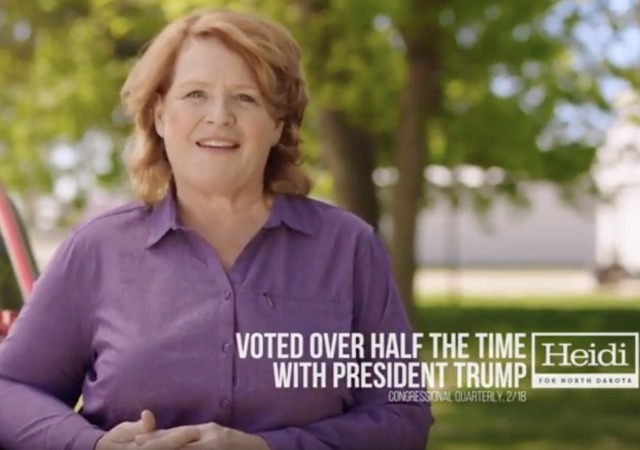 Posted by Mary Chastain on July 10, 2018 13 Comments
The GOP has a one-seat majority in the Senate, which would make one think the Democrats have a real shot at claiming the majority in the upcoming midterm elections. But, the latest poll from Axios/SurveyMonkey shows a Senate Democrat majority is not likely. Axios' numbers have two Democrats winning in red states, but three Democrat incumbent Senators in danger of losing.
Read More 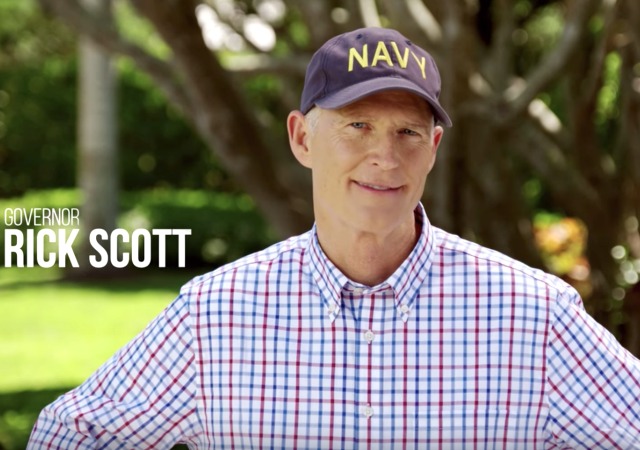 Posted by Mary Chastain on June 25, 2018 9 Comments
A new poll from CBS News has Florida Governor Rick Scott (R) with a lead over incumbent Democrat Bill Nelson, 46% to 41%. If this sticks, it'll be a huge loss for Democrats in a swing state. The five point margin is the largest Scott has held over Nelson since the governor announced his decision to run for the senate.
Read More

Posted by Mike LaChance on May 18, 2018 12 Comments
Mitch McConnell and other Senate Republicans are talking about cancelling the Senate's August recess. They claim they need the extra time for confirmations the Democrats have obstructed but there's a greater strategy afoot.
Read More 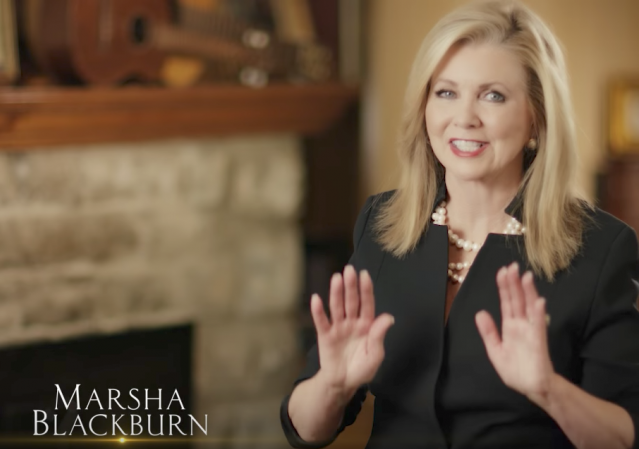 Posted by Mary Chastain on April 25, 2018 12 Comments
A lot of eyes are focused on Missouri, West Virginia, etc, but it looks like Tennessee deserves a lot more attention this midterm because it could easily flip to the Democrats. Sen. Bob Corker (R-TN) chose not to seek re-election after serving two terms. The latest Mason-Dixon Polling and Strategy poll shows Rep. Marsha Blackburn (R-TN) down by three points to former Governor Phil Bredesen, her Democrat opponent.
Read More 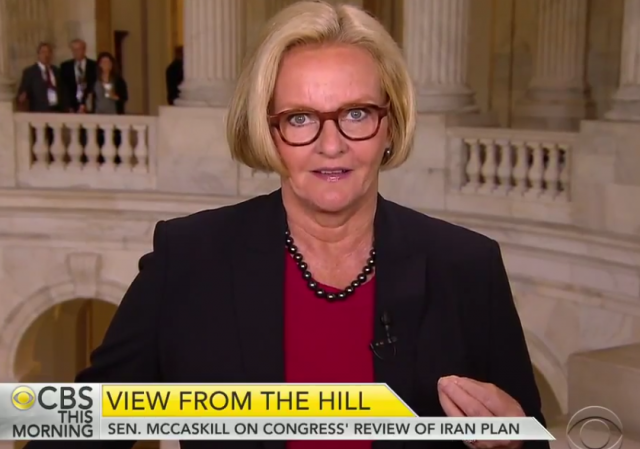 Posted by Mary Chastain on March 21, 2018 14 Comments
We all knew this would happen after failed Democrat presidential candidate Hillary Clinton bashed those who did not vote her. She said that women who did not vote for her did so because a man told them not to. Now, Hillary's blame game is coming back to haunt incumbents like Sen. Claire McCaskill (D-MO), who is considered one of the more vulnerable Democrats up for re-election.
Read More

Shortest Senate Race Ever: Beto O’Rourke Says He Doesn’t Think AR-15s Should Be Sold to the Public

Posted by Kemberlee Kaye on March 12, 2018 73 Comments
Ted Cruz's Democrat opponent Rep. Robert O'Rourke just put a serious damper on his bid for a seat in the Big House (not that there was any serious competition before). Speaking at South by Southwest in Austin, O'Rourke said he doesn't think AR-15s should be sold to private citizens. Mind you, this is a TEXAS Senate race and us Texans have big love for our guns and our second amendment protections.
Read More

Posted by Mary Chastain on March 08, 2018 13 Comments
We continue to keep a close eye on polls for the midterms coming up in November because 2016 taught us THAT ANYTHING COULD HAPPEN. An Axios/SurveyMonkey poll came out today that shows five Democrat senators losing if elections occurred today. FOUR of them lost out to unnamed Republicans in the polls.
Read More 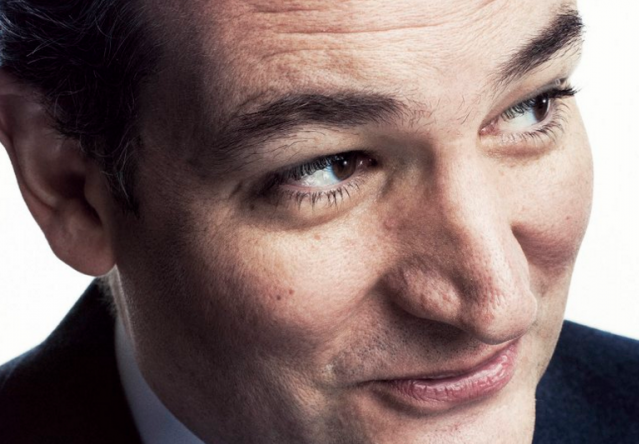 No Blue Wave In Texas Primaries, Media Shocked That Texas Is Not Just Their Austin Friends

Posted by Kemberlee Kaye on March 07, 2018 32 Comments
Today is a rough day to be a Texas Democrat. That blue wave we've heard about for months was more of a ripple. Months of wish casting, hoping, dreaming, pretending a blue wave was cresting in the Lone Star State, only to be clobbered by Republicans in voter turnout. Piece after piece was written about record Democrat turnout in early voting. The predictions had Texas Republicans rattled and Governor Abbott encouraging Republicans to get to the polls.
Read More

Posted by Kemberlee Kaye on February 27, 2018 25 Comments
The National Rifle Association has officially become a talking point in the upcoming Texas Senate race. Presumptive Democrat nominee (primary vote has yet to happen) boasted of his F rating from the NRA, a rating based on an elected official's record supporting the second amendment.
Read More 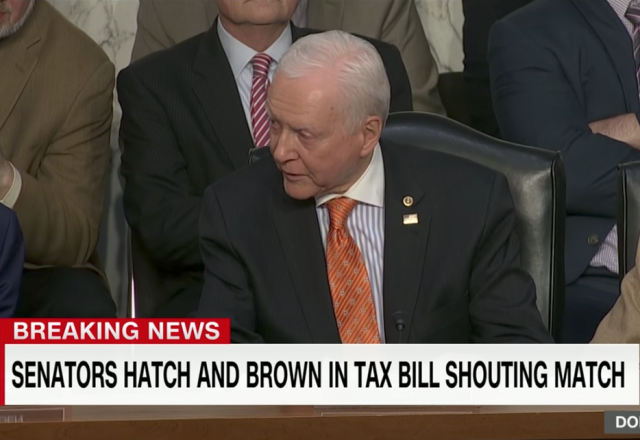 Posted by Kemberlee Kaye on January 02, 2018 43 Comments
The Republican's longest-serving senator will retire at the end of his term this year. Sen. Hatch is 83-years-old and serving his seventh Senate term. Utah Senator Orrin Hatch released a video statement Tuesday announcing his plans to retire into public life.
Read More 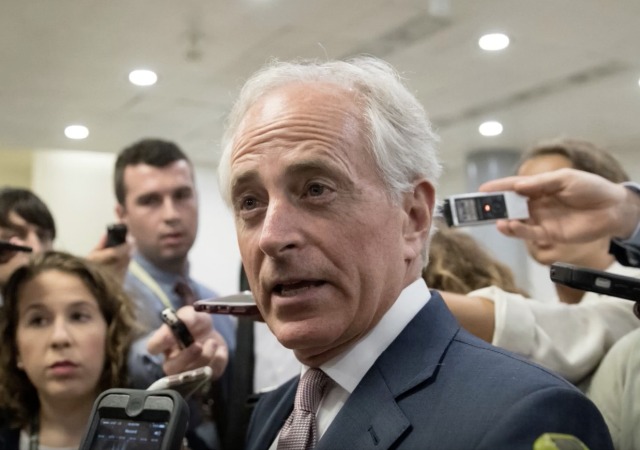 Will Corker’s Retirement Make a Difference in the Senate for the GOP?

Posted by Mary Chastain on September 27, 2017 14 Comments
The GOP received two shocks on Tuesday when Sen. Bob Corker (R-TN) decided not to run for re-election in 2018 and Judge Roy Moore defeated incumbent Sen. Luther Strange (R-AL) in the Republican primary. But how YUGE is Corker's retirement? Probably not much in the long run. Plus, it looks like the GOP could actually pick up more seats in 2018 since 10 Democrats up for reelection come from states that President Donald Trump won in November.
Read More 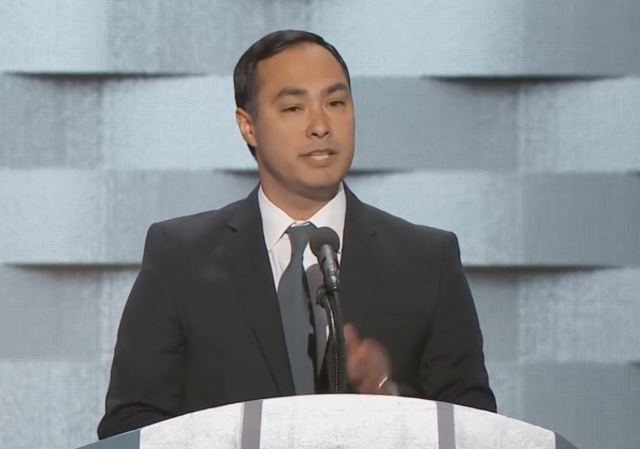 Will he or won’t he? Rep. Joaquin Castro still mulling Texas Senate run

Posted by Kemberlee Kaye on April 24, 2017 6 Comments
Will Rep. Joaquin Castro toss his hat into the upcoming Texas Senate race? Castro first said in February he'd make his announcement in eight weeks, then said he'd it would be the end of April, only to recently move his self-imposed deadline to "a few more weeks" reports the Texas Tribune. Should Castro jump in, he'd first have to beat fellow Democratic Congressman, Beto O'Rourke, who declared his candidacy at the end of March, before squaring off against Sen. Ted Cruz.
Read More

Posted by Kemberlee Kaye on March 30, 2017 35 Comments
Democratic U.S. Congressman Robert Francis "Beto" O'Rourke will reportedly launch his 2018 Senate campaign tomorrow. The Irish-American Congressman represents Texas's 16th district in west Texas, home to border town El Paso. O'Rourke looks to be the most formidable Democratic Senate contender Texas has seen in years. At 44-years-old, O'Rourke is a former punk-rocker who ran a successful insurgent campaign in 2012, ousting a 16-year incumbent in the Democratic primary before going on to win his Congressional seat. He's consistently rated one of the top five sexiest members of Congress. In Washington, O'Rourke serves on the Veteran's Affairs Committee as well as the Armed Services Committee. He's an outspoken advocate for veterans affairs and was awarded the 2016 Vietnam Veterans of America Medal of Honor and Legislator of the Year.
Read More
Announcement
TV early SUNDAY MORNING -- Professor Jacobson will be on FOX AND FRIENDS at 6:30 a.m. Eastern, talking about our Saving Higher Ed From Cancel Culture event.
DONATE