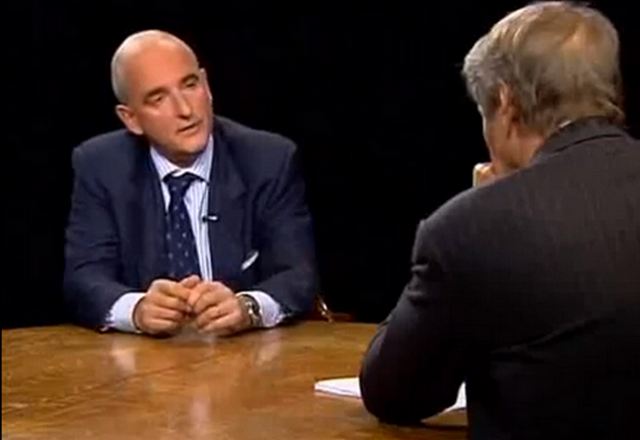 Cutting through the BDS BS

Posted by David Gerstman on February 14, 2014 5 Comments
Previously we noted that the New York Times has a tendency to play up the successes of the BDS movement and to play down the true nature of the BDS movement. The New York Times has since carried two more articles about BDS; one in the news section and one op-ed. Surprisingly, the opinion article took a critical look at BDS. Unfortunately the news story was consistent with previous New York Times coverage of the issue. In the news section, Jerusalem bureau chief, Jodi Rudoren wrote West Bank Boycott: A Political Act or Prejudice? For the most part Rudoren treats the issue "evenhandedly," giving each side equal time and not judging either side. In the course of the reporting Rudoren interviews BDS activist Omar Barghouti.

“He can say anything he wishes, but immoral? Resistance to his immoral policies can never be immoral,” Mr. Barghouti said of Mr. Netanyahu. “The litmus test is are you boycotting a group of people based on their identity, or are you boycotting something — an act, a company, a business — that you disagree with. “We have three reasons,” Mr. Barghouti said, citing the movement’s goals of ending the occupation; ensuring equality for Palestinian citizens of Israel; and promoting the right of return for Palestinian refugees. “End the three reasons and we won’t boycott.”

Barghouti, who got a degree from Tel Aviv University is a pretty good example of equality of Israel's minorities. That degree also makes Barghouti a hypocrites as his boycott would affect Tel Aviv University too. Rudoren ignores these inconsistencies. She also remains silent about Barghouti's demand for the right of return. Everyone knows that the point of that "right" is the destruction of Israel. In fact, Barghouti's claim confirms that the  the goal of the BDS movement is an assault on Israel's right to exist is correct. Rudoren doesn't appear to grasp this. Oddly, it is columnist Roger Cohen who got things right about BDS. In The B.D.S. Threat, Cohen writes:
Read More

As freedom in Egypt slips, Thomas Friedman clings to delusions about the Muslim Brotherhood

When I announced that The award for the person most consistently wrong about the Muslim Brotherhood goes to … Roger Cohen of The NY Times, it was suggested that I acted in haste. Why in the world had I not given the award to Thomas Friedman, SoccerDad...

I have written several times about the dangerous romanticizing of the Muslim Brotherhood by Roger Cohen of The NY Times.  He certainly was not alone at The Times in doing so, but this quote from February 3, 2011, surely puts him in a league of his...

Mohammed Morsi not backing down, despite warning from Roger Cohen of NY Times

Roger Cohen of The NY Times famously told us in February 2011 (emphasis mine): Already we hear the predictable warnings from Israel’s prime minister, Benjamin Netanyahu: This could be Iran 1979, a revolution for freedom that installs the Islamists. But this is not 1979, and Egypt’s...

Tunisia, cradle of the Arab Spring, devolves into Islamist nightmare

In February 2011, Roger Cohen of The NY Times demanded that we abandon the phrase "the Arab Street" as a relic of the past which no longer applied, even as crowds in Tunisia surged around a Synagogue shouting ""Jews, remember Khyabar, the army of Mohammed is returning"": Cohen further asserted...

What do Intrade and Nate Silver show for who’s winning the Cairo Street?

Roger Cohen was among the worst of the delusional dreamers about the nature of the Islamist uprising in Egypt. I frequently have quoted this prediction by Cohen on February 3, 2011: Already we hear the predictable warnings from Israel’s prime minister, Benjamin Netanyahu: This could be Iran...

Springtime for Islamist dictatorship in Cairo

The Muslim Brotherhood President of Egypt already had brought the military to heel. Now he is discarding the judiciary: With a constitutional assembly on the brink of collapse and protesters battling the police in the streets here over the slow pace of change, President Mohamed Morsi issued a sweeping...

“We” never believed them, only “you” did

Joel Brinkley, currently a Professor at Stanford who spent most of his career as a foreign correspondent for The New York Times, has a column in the San Francisco Chronicle titled Islamists in Egypt, Libya, Tunisia not democratic. The thesis of the column is that Westerners who took...

I previously have highlighted the treatment of the "Arab Street" by NY Times columnist Roger Cohen in the midst of the Arab Spring protests, many of which revealed an open and ugly anti-Semitic side: In the Middle East you expect the worst. But having watched Egypt’s extraordinary civic...

The NY Times has whitewashed the anti-Semitic aspects of the Arab Spring in Egypt since the beginning of the protests last January.  NY Times' columnists like Roger Cohen have sought to glamorize and glorify the so-called "Arab Street" and Nicholas Kristof has waxed poetic about...

The “Google Guy” still doesn’t stand a chance in Egypt

Roger Cohen of The NY Times and other journalists were smitten with the Egyptian revolution, and denounced warnings of what lurked below the surface: (February 3, 2011)  Already we hear the predictable warnings from Israel’s prime minister, Benjamin Netanyahu: This could be Iran 1979, a revolution for...

What Don’t They Understand About Islamists?

In what will come as a shock to no one who lives in reality, the revolutions throughout the Middle East, while sparked in many instances by people who share western-style democratic values, are turning Islamist, and the Obama administration is dithering and accepting the outcome as a...

The Yuppie Revolution In Egypt Is Over, The Islamist Revolution Has Begun

When it came to overthrowing Hosni Mubarek, the western media thrust itself into the situation and portrayed the uprising as a western-style demand for freedom.The television screens were filled with stories of relatively western figures such as Google employee Wael Ghonim, who became the face...

Who’s Afraid Of The “Arab Street”?

In the wake of the overthrow of Hosni Mubarek, we have heard much praise for the "Arab Street," including by Roger Cohen writing in The New York Times two days ago:In the Middle East you expect the worst. But having watched Egypt’s extraordinary civic achievement in...