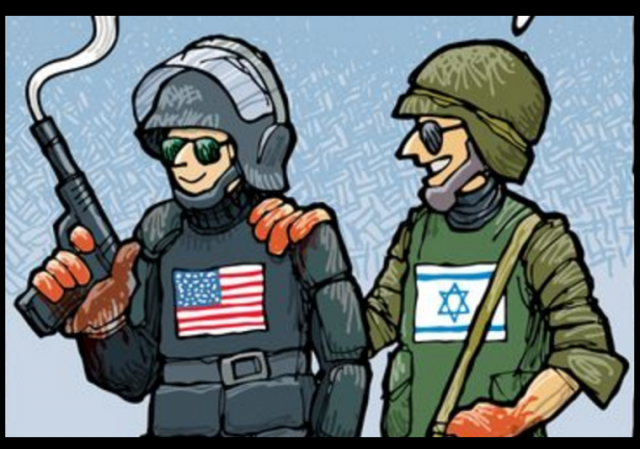 Posted by William A. Jacobson on July 18, 2016 8 Comments
At group calling itself Atlanta is Ready (#ATLisREADY), aligned with the Black Lives Matter movement, recently issued a set of demands to the Mayor of Atlanta, including:

We demand a termination to APD’s involvement in the Georgia International Law Enforcement Exchange (GILEE) program, that trains our officers in Apartheid Israel

The Mayor rejected the demand, finding that counter-terrorism training benefits the Atlanta Police Department's ability to protect Americans: You could chalk this incident up to just some isolated ploy by local activists, but that would be a mistake. Rather, there has been a multi-year effort by left-wing and Islamist anti-Israel, anti-Zionist, and openly anti-Semitic activists to hijack racial tensions in the United States and redirect that anger towards Israel.
Read More
DONATE