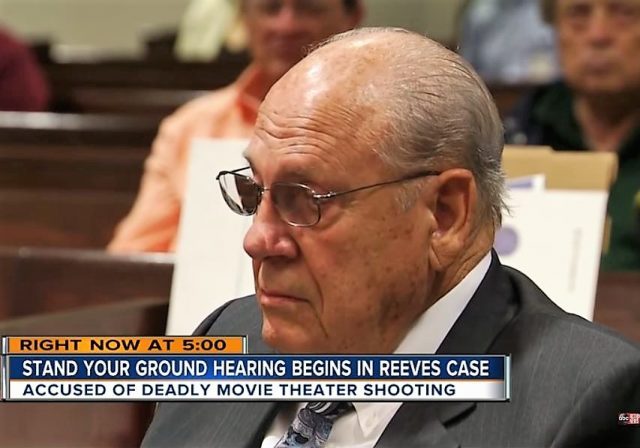 Posted by Andrew Branca on March 10, 2017 75 Comments
Curtis Reeves has been denied legal immunity from prosecution and civil suit over his fatal shooting of Chad Oulson, in an order issued today by Judge Susan Barthle (that order is embedded at the bottom of this post). Reading Judge Barthle’s order, however, suggests that her legal analysis may be sufficiently defective so as to render this denial of immunity a miscarriage of justice, thus warranting another self-defense immunity hearing in which the proper legal standards and analysis are applied. We have previously covered this case here at Legal Insurrection in numerous posts, including:
Read More

Posted by Andrew Branca on February 21, 2017 74 Comments
It was three years ago last month that retired police officer Curtis Reeves, then 71 years old, shot and killed 43-year-old Chad Oulsen in a Florida movie theater. The case became known as the "popcorn shooting" because the shooting allegedly happened over spilled popcorn. Reeves has been charged with second degree murder and aggravated battery.  He has pleaded not guilty to both charges and raised the legal defense of self-defense. As usual, the media has been slathering the phrase “Stand-Your-Ground” all over this case, when in fact the case has nothing to do whatever with “Stand-Your-Ground” or any legal issues of retreat. What is relevant to this case, however, as it is to pretty much any self-defense case in Florida, is self-defense immunity. Yesterday was the first day of Reeves’ self-defense immunity hearing, taking place in a Pasco County courthouse, which we’ll get to in a moment.
Read More 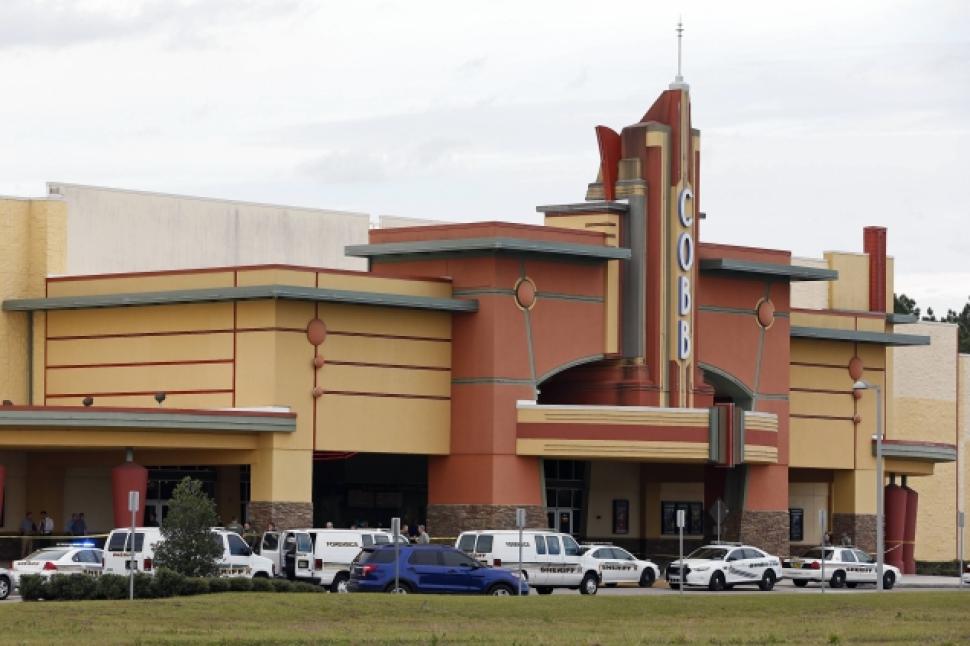 Posted by Andrew Branca on September 17, 2014 35 Comments
A trial date has finally been set for Curtis Reeves, the Florida retired police officer charged with murder in the shooting death last January of Chad Oulson over a dispute in a movie theater in which Oulson threw popcorn at Reeves. Trial Judge Pat Siracusa, overseeing the case, set a three week window for the trial, running from March 2 through March 30. We previously covered this case here at Legal Insurrection,  Florida Theater Shooting Induces Another Round of “Stand Your Ground” Mania; and over at the Law of Self Defense blog here, Legally-Sound Self-Defense Strategy Rule #1: KEEP OUT OF TROUBLE IN 1st PLACE.

Why such a long delay--14 months from the date of the shooting!--for the start of the trial? The answer seems to be the sheer volume of discovery and pre-trial preparation undertaken, which in turn is a function of how crowded the theater was with movie goers (now, of course, witnesses.) A court document (embedded at the bottom of this post) filed last week by defense attorneys Richard Escobar and Dino Michaels indicates that they intend to depose as many as 100 witnesses. In the nine months since the shooting they have deposed only 19 of these, leaving 81 to be completed in the less than six months remaining before the trial.
Read More
DONATE