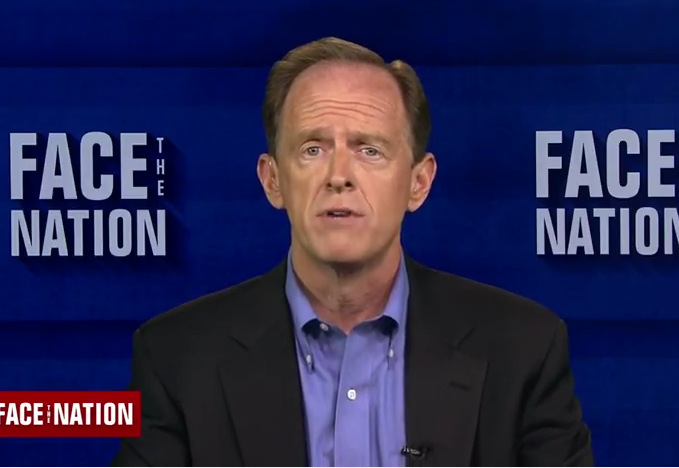 Posted by Fuzzy Slippers on June 25, 2017 15 Comments
Appearing this morning on Meet the Press, Senator Pat Toomey (R-PA) defended the Senate health care bill. Pushing back against the premise that the Senate bill will destroy Medicaid and leave those who qualify for it under ObamaCare out in the cold, Toomey explained that the Senate bill "will codify and make permanent the Medicaid expansion." CBS News reports:

Following the release of Senate Republicans' draft of the House GOP-passed health care bill, Republican Sen. Pat Toomey, R-Pennsylvania, said the focus remains on Medicaid expansion while noting there are indeed challenges that remain. "It's going to be a challenge, but I have to strongly disagree with the characterization that we are somehow ending the Medicaid expansion. In fact, quite the contrary. The Senate bill will codify and make permanent the Medicaid expansion, and in fact we'll have the federal government pay the lion share of the cost," said Toomey.

I previously posted about Rick Santorum's endorsement in 2004 of Arlen Specter against a challenge from Pat Toomey, in what was a precursor to the Tea Party v. Establishment fights to come. One of the unintended consequences of Specter's reelection was that in 2009 Specter switched parties,...