What my grandfather taught me about Memorial Day

Posted by Mandy Nagy on May 26, 2014 5 Comments
Memorial Day is a time for remembering the men and women who died while serving in our nation's armed forces.  Every year, as I pay respect to those fallen, I’m also reminded of my grandfather, who we lovingly called “Poppy.” Poppy served in World War II, and I’ve previously honored him on other occasions with an excerpt from his own diary of his experiences in the war.  Among those experiences, he fought in the Battle of the Bulge and endured things I could never even imagine.  And like so many others in his generation, he lost friends to the war, men who made the ultimate sacrifice.  Just as many did in wars before and after this. When I was a child, there were many times I helped Poppy put up the flag on the front porch of my grandparents’ home. It was something he did for specific holidays – Memorial Day, Independence Day, Flag Day, Veterans Day.  For me, those days seemed all about parades and such, and I wasn’t really as much aware as a child of the true importance of such days. But as silly as my grandfather often was with us as kids, I’d always remembered that there was something more solemn in his nature whenever he put up that flag, especially on Memorial Day.  Once the flag was up and flapping in the breeze, he would stand back and seemed to reflect for a moment or two.
Read More 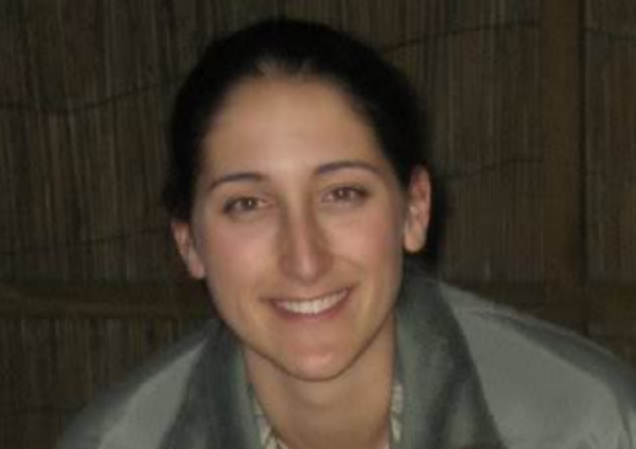 Posted by William A. Jacobson on May 26, 2014 7 Comments
Air Force Lt. Roslyn Schulte of Ladue, Missouri, was buried on Memorial Day, 2009. We have remembered her previously as best we can: I noted in 2012:

I remember seeing this post at Gateway Pundit, on May 26, 2009, which I made Post of the Day, regarding Lt. Schulte’s death, and it has stayed with me for these past three years:

Lt. Roslyn Schulte was the first female Air Force Academy graduate to be killed in Iraq or Afghanistan. She died last week in Afghanistan after the vehicle she was riding in was struck by a roadside bomb. Lt. Schulte could have attended an Ivy League school. Instead she chose the Air Force Academy. She dreamed of being a fighter pilot since she was 12. At the academy, she was among the top in her class. Her funeral was yesterday at the Congregation Temple Israel in St. Louis. Her boyfriend U.S. Air Force Cpt. Bruce Cohn announced that he was going to propose to Roslyn this summer.

In 2009, Daily Kos had an excellent round up of news and personal reports about Lt. Schulte's life. Lt. Schulte's friend was interviewed on Boston public radio recently:
Read More

My Memorial Day Tribute to Self Defense

Posted by Leslie Eastman on May 27, 2013 24 Comments
As we honor fallen American heroes this Memorial Day, I would like to pause for a moment in respect for a slain British Soldier:

He was a doting dad, a rabid soccer fan and the life of any party. But above all, Lee Rigby was a British soldier. And a day after he was butchered on a London street — allegedly by a pair of Islamic fanatics — his heartbroken family wanted the world to know that.

British law prevented Rigby, trained in the proper and safe use of firearms, from carrying a gun that could have saved his life. And with plethora of Obama Administration scandals being revealed, it is easy to loose sight of how recently American citizens were pushing back on new and strict federal gun control proposals. Fortunately American Shirley Roberts of Kansas City was able to exercise an entirely different form of gun control.

A group of thugs figured it would be easy to overpower one Kansas City woman. After all, her husband had just left to run an errand, leaving her all alone in the home. They couldn’t have been more wrong. The woman, later identified as Shirley Roberts, 52, immediately retrieved her gun after she heard someone jiggle the knob of the front door. She also witnessed two additional men heading to the back door. Looking through the blinds, Roberts saw the men putting on gloves and preparing to force their way into her home. So she trained her firearm on the men and opened fire.

On this day we honor all the fallen, three of whom we have remembered here before, Johnny "Mike" Spann, Cpl Jonathan Daniel Porto, and U.S. Army, Spc. Dennis Weichel . We add a new person to our memory, Air Force Lt. Roslyn Schulte, of Ladue, Missouri, killed by a roadside bomb...

I hope everyone is enjoying their holiday weekend while remembering the sacrifices of those who gave their lives to defend America and freedom. It seems the neo-socialists don't want to feel left out during this weekend of patriotism and honoring the fallen. Liberation News, the "newspaper for...