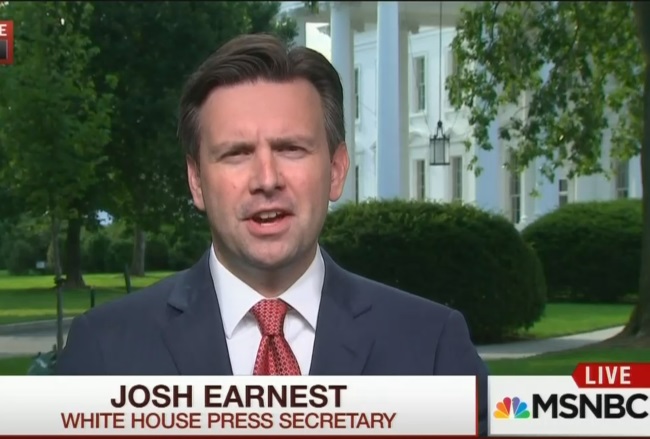 Posted by Mark Finkelstein on June 21, 2016 15 Comments
Imagine you're a real reporter—not a thinly-disguised member of the Dem cheerleading squad—and you had the opportunity to question President Obama's spokesman this morning. Wouldn't you have wanted to know the degree to which President Obama and his minions were complicit in the fiasco of the redaction of the Omar Mateern tapes, removing most of his proclamations of allegiance to ISIS, Allah, etc? But when the Morning Joe crew interviewed Josh Earnest, not a word about the Mateen tapes, or anything else that might have jostled Josh's feathers. To the contrary, the interview was one long set-up, giving Earnest the chance to sanctimonously wring his hands over the rejection by the Republican Senate of various gun control measures. Most bathetic of all was Mike Barnicle. Barnicle prefaced his question by saying "I'm going to ask you to do something that's probably difficult given your role as White House spokesperson." For a fleeting second one imagined Barnicle was about to challenge Earnest with an uncomfortable question. Hah! "Give us a feel for the president as a human being, okay? As a father, as a parent, as a citizen because we all know what happened in Orlando." Hard-hitting stuff, Mike!
Read More 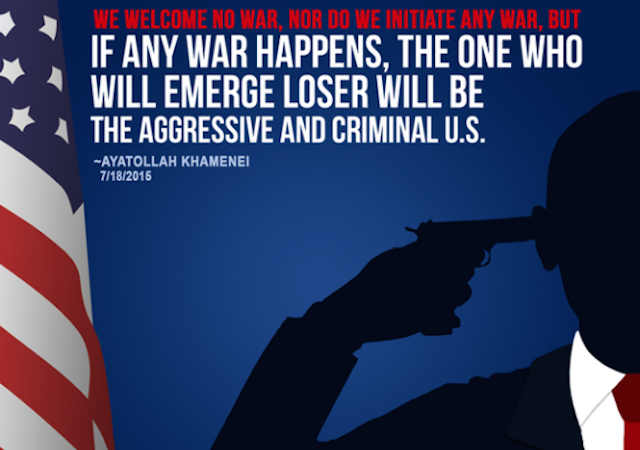 Posted by David Gerstman on January 14, 2016 14 Comments
With the news that Iran has seized two American boats and detained 10 American sailors in the Persian Gulf just ahead of the State of the Union earlier this week, I'd like to go back to something that President Barack Obama said a little more than a year ago. Even though the sailors have been released, albeit under humiliating circumstances, the real story here, which the media is generally ignoring, is that they were taken prisoner in the first place. At the end of 2014, Obama gave an interview to Steve Inskeep of NPR. When explaining his rationale for the nuclear deal this is what Obama said:

So, when I came into office, the world was divided and Iran was in the driver's seat. Now the world's united because of the actions we've taken, and Iran's the one that's isolated. 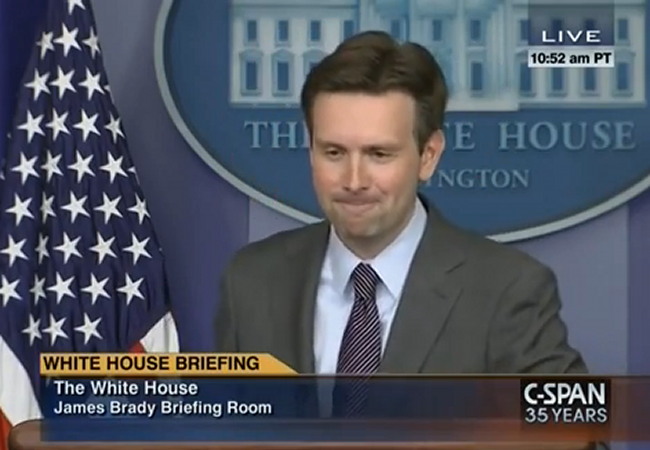