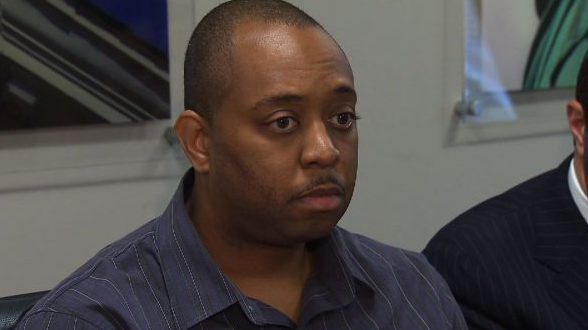 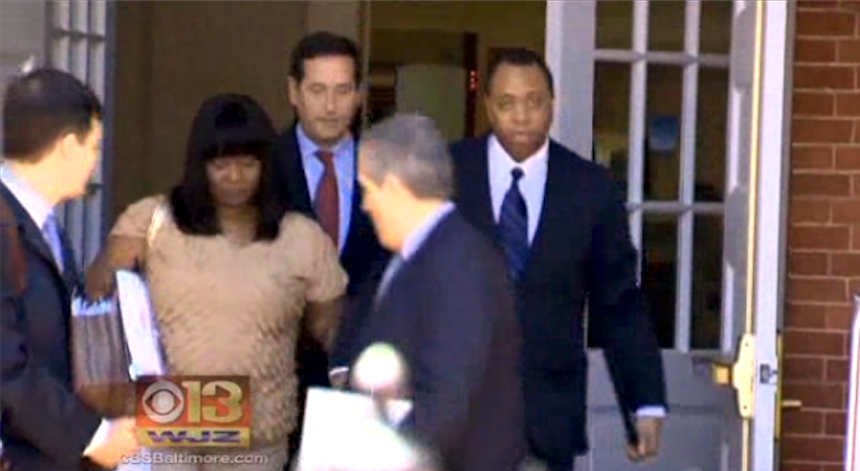 Posted by Andrew Branca on July 27, 2014 161 Comments
Joseph Walker, the New Jersey police officer who shot and killed Joseph Harvey Jr. in a Maryland road-rage incident, took the stand this past Friday to testify in his own defense over a 90 minute period, reports The Baltimore Sun.  Walker is charged with first degree murder in the case, and if convicted faces life in prison.
Read More 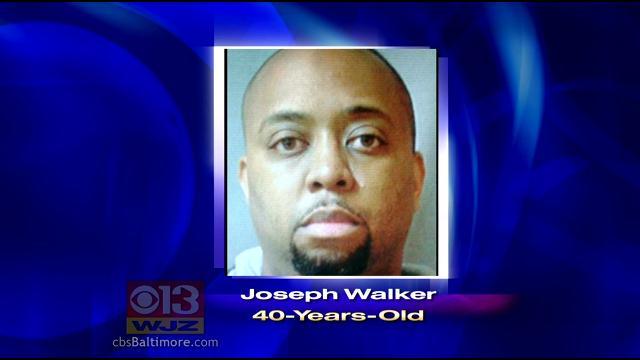 Attorney for Road Rage Cop Argues Defense of Self, Family in Opening Statement

Judge today also imposes gag order on the attorney in trial of Joseph Walker in the killing of Joseph Harmey Jr....

New Jersey copJoseph Walker is charged with murder in the road-side shooting death of the unarmed Joseph Harvey, Jr. in Maryland... 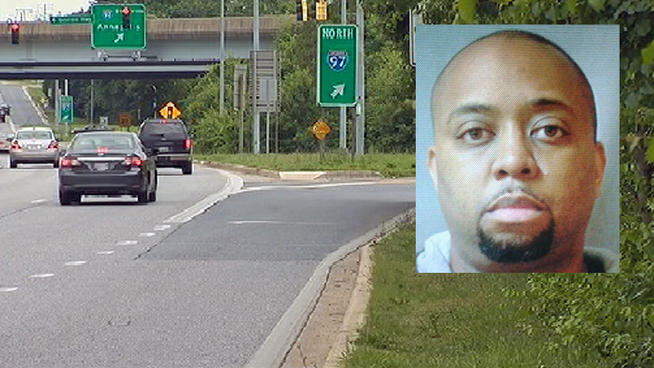 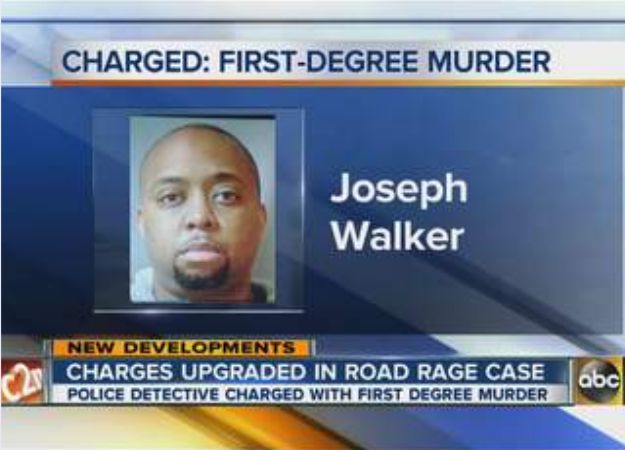 Posted by Andrew Branca on March 18, 2014 299 Comments
Back on February 26 we reported that defense counsel for Joseph Walker--the New Jersey cop who shot and killed Joseph Harvey Jr. in an apparent "road rage" incident in Maryland--had filed a motion to dismiss the first degree murder indictment against him on the grounds that the Grand Jury had been given "materially false and misleading testimony."  You can see that story here:

Shortly thereafter I received a call from Walker's lawyers offering to share with me their motion and the accompanying exhibits.  These are not confidential documents, but rather are public documents having been submitted to the trial court. Nevertheless, having them provided directly by counsel was a great convenience in accessing them. Over the last few days I have been going through the attached exhibits, which consist mostly of transcripts of witness statements to police, as well as a brief report generated by the MD State Police themselves and a sketch of the shooting scene with the locations of the vehicles and other items. Today I wrap up this series of "exposés" with the actual motion itself, as well as the transcript of the actual MD State Trooper testimony presented to the Grand Jury.
Read More 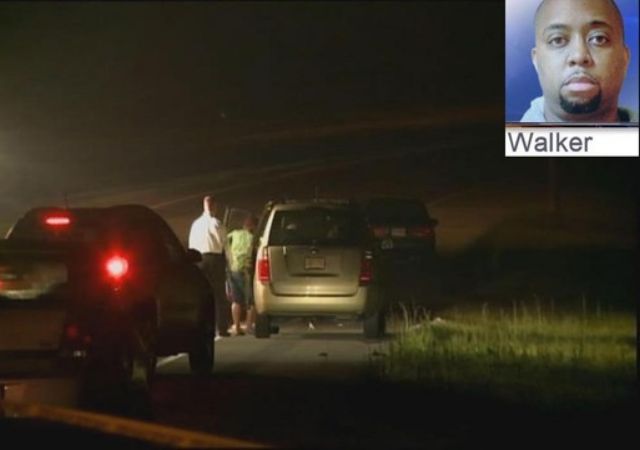 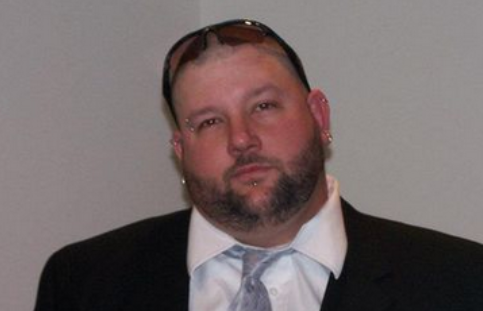 "[Harvey] had stopped and brought his arms up to the side. Then I heard the two shots fired. "... 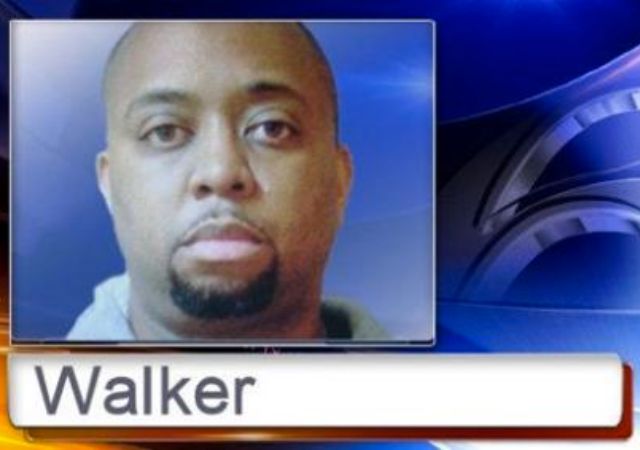 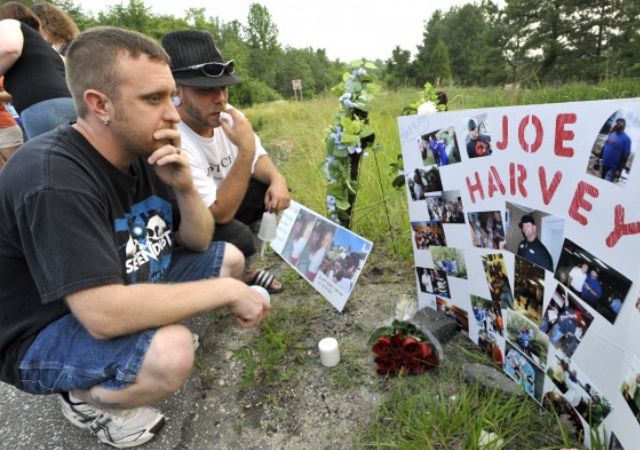 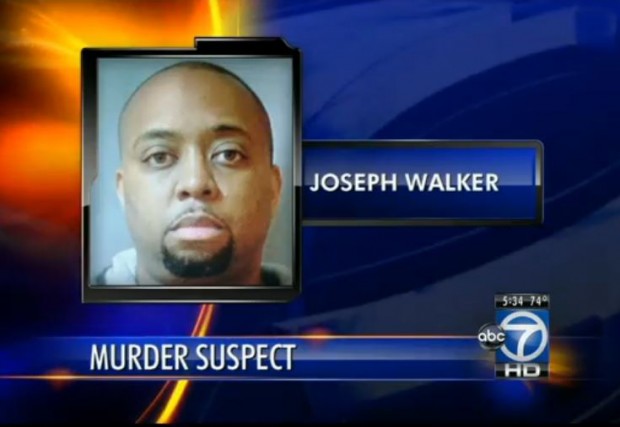 Off-duty cop “Road Rage” 911 call: “They were going to fight on side of road”

Eyewitness Adam Pidel recounts to 911 the intent of Joseph Dean Harvey, Jr. to fight Walker on side of road -- "But a gun? A bit much."...

Posted by Andrew Branca on March 08, 2014 101 Comments
The upcoming trial of Joseph Walker involves an off-duty New Jersey police officer traveling through Maryland with his wife and small children in a Kia minivan, and Joseph Dean Harvey, Jr., traveling the same roads with his friend, Adam Pidel in a Honda Accord. A road rage incident ensues, a confrontation occurs, and Walker shoots Harvey dead on the side of the road. Walker, charged with first degree murder and several firearms enhancements, claims that he shot and killed Harvey in necessary self-defense, and defense of his wife and children. The key difficulty with the defense narrative is that Maryland is a duty-to-retreat state, under the law, and Harvey was unarmed and on foot and Walker had immediate access to a motor vehicle, under the facts. In such jurisdictions under such scenarios the courts almost always require that the defender make use of his operable vehicle to safely retreat from the confrontation before that defender is permitted to lawfully resort to deadly force in self-defense. An odd wrinkle of Maryland self-defense law appears to be that although a duty to retreat is imposed upon a defender acting in defense of himself, the duty to retreat does not apply if the defender is acting in defense of others. It has yet to be seen how this will play out in court. Nevertheless, a number of witness statements to police are being released and shedding light and providing context to the sharp and fatal confrontation between Harvey and Walker. In this post we share the testimony to police of a redacted (as to identity) witness who was the passenger in a vehicle who observed a portion of the conflict, beginning after whatever event initiated the conflict and ending before the actual shots were fired. Nevertheless, this witnesses’ testimony would appear to be of a nature that would be both compelling to the jury and favorable to Walker.
Read More 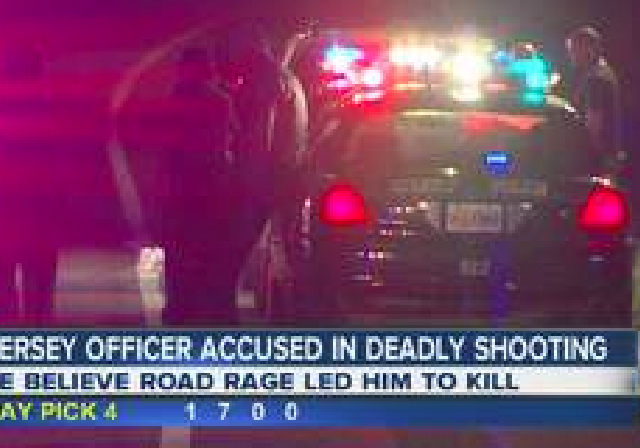 Posted by Andrew Branca on February 27, 2014 228 Comments
First, full disclosure: I was contacted personally by one of the lawyers for Joseph Walker, the New Jersey law enforcement officer charged with first degree murder by Maryland in the "road rage" shooting death of Joseph Dean Harvey, Jr. Walker's defense attorney Charles Curlett told me that he'd seen the coverage of the Walker trial here at Legal Insurrection, and offered to send me the motion to dismiss the indictment for first degree murder and the motion to allow into evidence Walker's polygraph results, both of which had been submitted to the trial court yesterday. (For the record, I very much doubt that this is a matter of my being somehow special -- now that the documents have been filed they are public record -- but rather more likely reflects the fact that the "journalists" covering this story wouldn't have much interest in either legal document). (We covered the essential elements of this motion to dismiss, based just on news reports, in our last post on this trial:  Off-duty “Road Rage” Cop lawyer: Grand Jury given “materially false and misleading testimony”.) Naturally I replied that I'd love to see them, and I had received them via email forthwith this afternoon. The motion to dismiss the indictment, together with the attached exhibits, totals nearly 300 pages, and I'm afraid even I can't move my way through 300 pages of legalese and witness interviews in a couple of hours. So far, I've made it through the motion itself, and the transcript of the first witness exhibit, that of Adam Pidel, the passenger riding with Joseph Dean Harvey, Jr. the night of the shooting.  Both of those documents are embedded below.
Read More 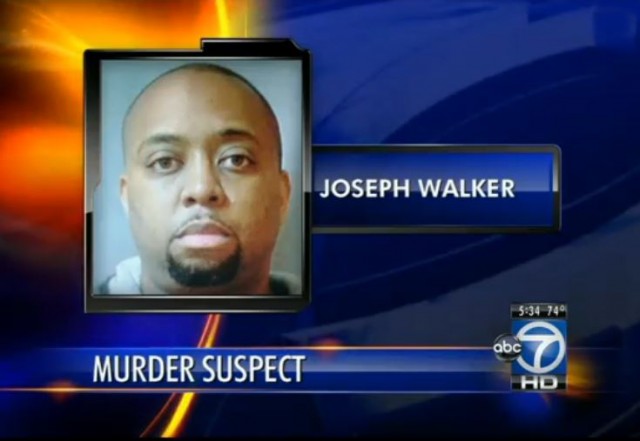 The shooter was black and the victim white, but there's a big legal difference from Zimmerman and Dunn: In Maryland there is a legal duty to retreat....