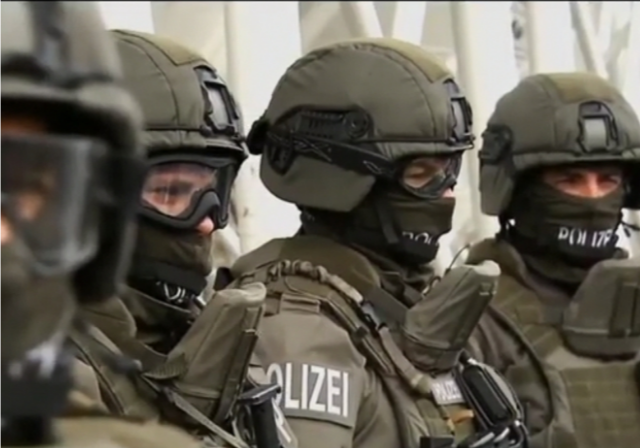 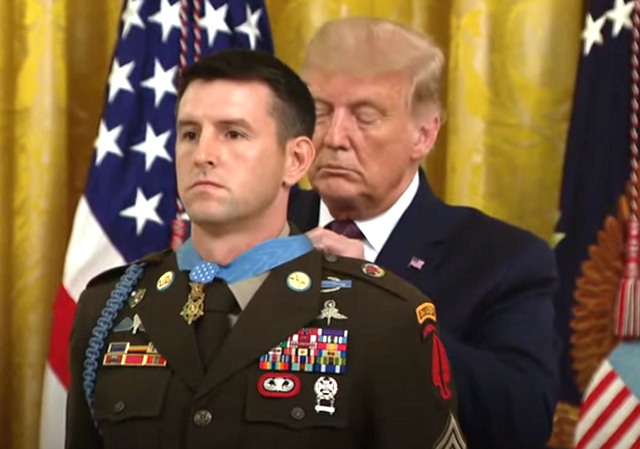 Posted by Mike LaChance on September 12, 2020 10 Comments
In a time when the country is consumed by election news, left-wing riots, and the continuing effects of the coronavirus pandemic, it is easy to forget that there are so many other important things happening in the world around us. On Friday, President Trump awarded Sgt. Major Thomas Payne with the Medal of Honor for his role in a daring mission to successfully rescue 75 hostages from ISIS.
Read More 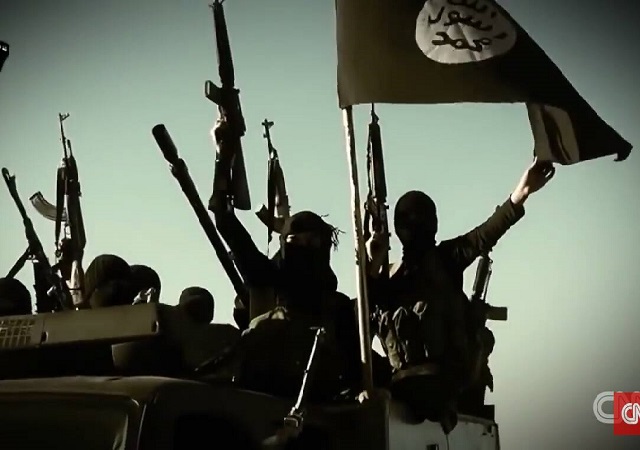 ISIS advises healthy Jihadis to avoid Europe due to coronavirus

Posted by Leslie Eastman on March 15, 2020 16 Comments
As my son begins his now 3-week-long Spring Break, I will begin my report with some good news for our European friends:
Read More 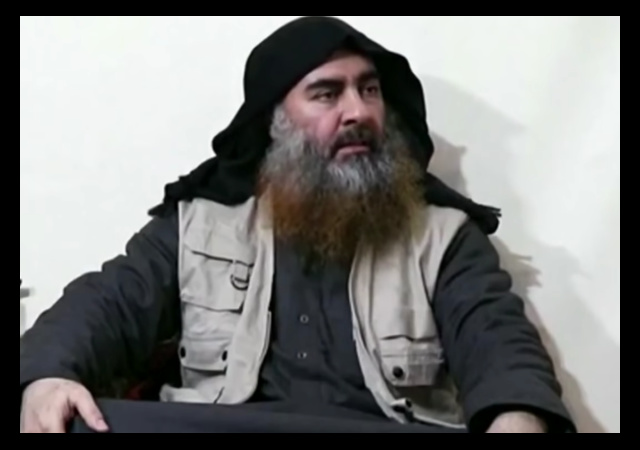 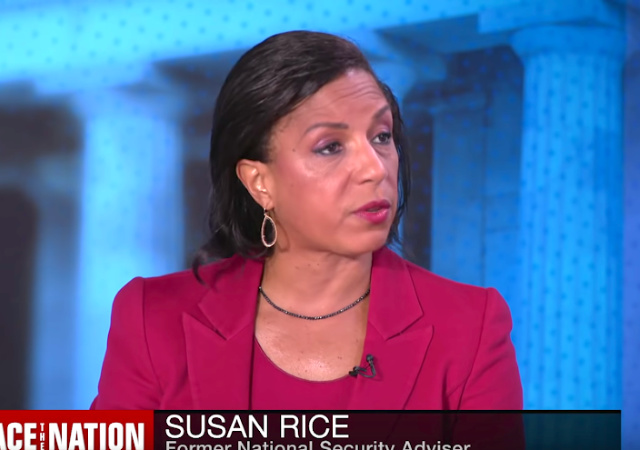 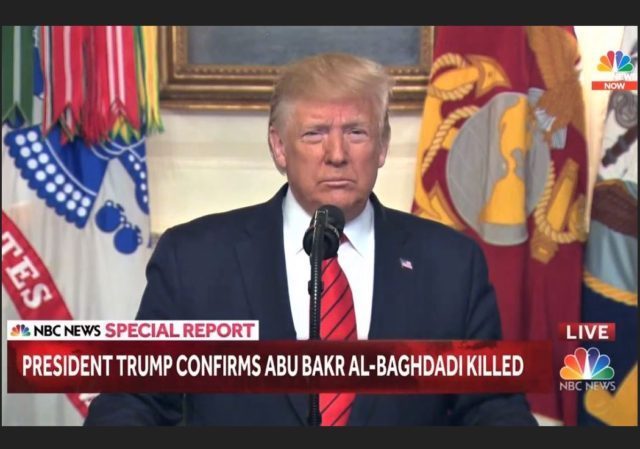 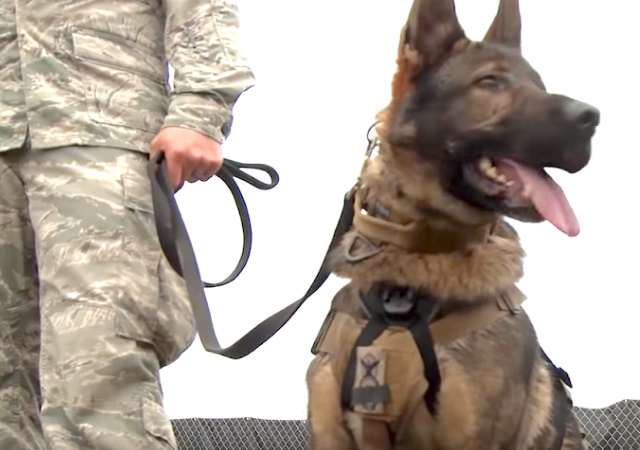 Posted by Mary Chastain on October 28, 2019 50 Comments
While American forces raided a compound that held ISIS leader Abu Bakr al-Baghdadi the military dogs came out as heroes. They chased al-Baghdadi "down a dark underground tunnel before he detonated a suicide vest." The explosion injured one dog, but the heroic animal should recover.
Read More 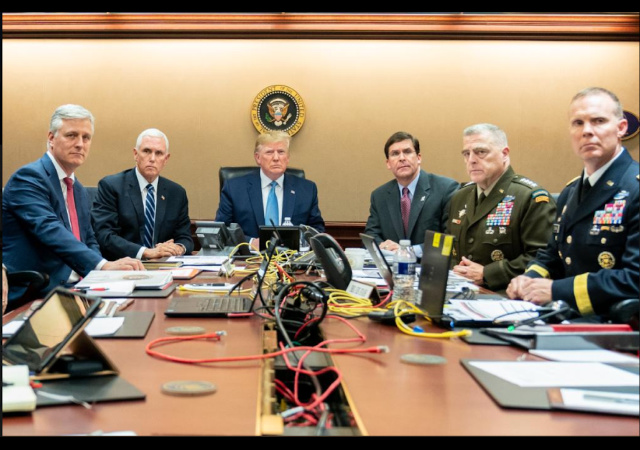 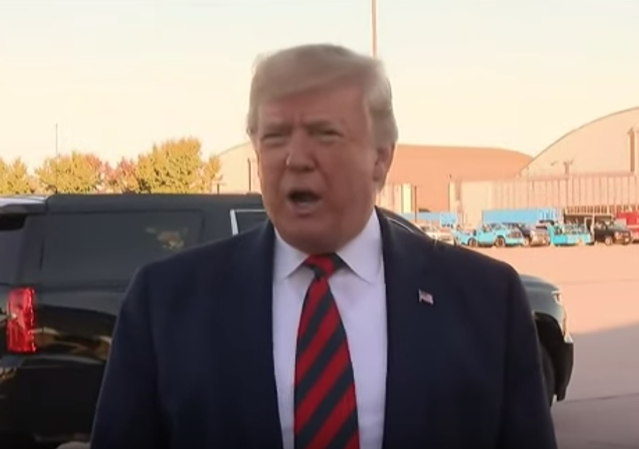 Trump on why Pelosi, Schiff Not Informed of al-Baghdadi Raid: “Adam Schiff is the biggest leaker in Washington” 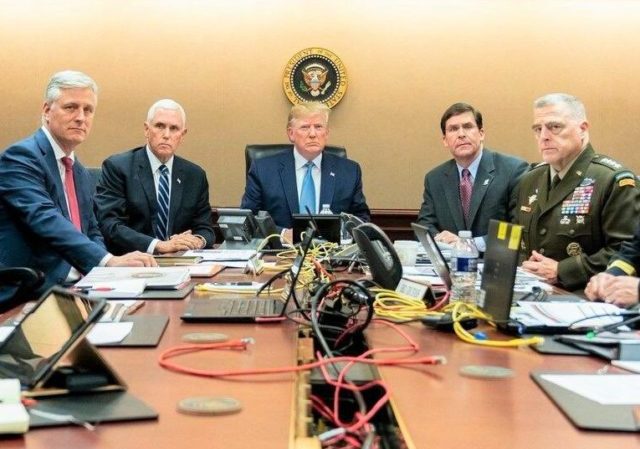 Posted by William A. Jacobson on October 27, 2019 46 Comments
The New York Times wants you to know who the real enemy of U.S. troops was in the raid to get Abu Bakr al-Baghdadi: DONALD TRUMP. According to a handful of unnamed sources cited by the Times, the raid was successful IN SPITE OF not because of the president who ordered the raid:
Read More 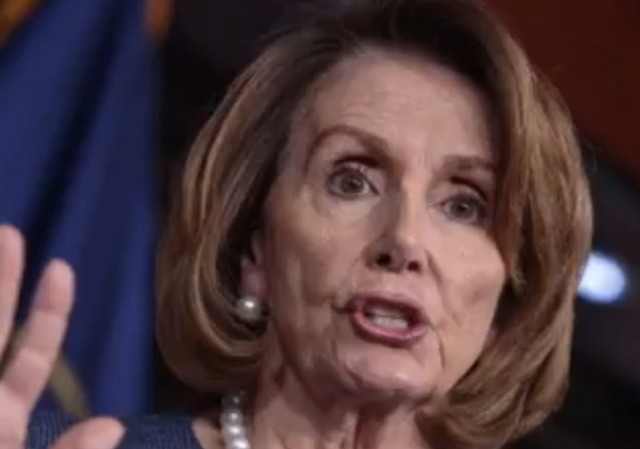 Posted by William A. Jacobson on October 27, 2019 44 Comments
Nancy Pelosi is upset that Trump didn't tell her in advance about the Special Forces raid that killed ISIS leader Abu Bakr al-Baghdadi. Trump explained in his press conference that he informed countries, including Russia and others, over whose territory or through whose air defenses U.S. forces had to fly that an operation was underway, but did not inform them of the purpose. That was necessary to avoid fire on U.S. aircraft.
Read More

Posted by William A. Jacobson on October 27, 2019 108 Comments
Last night Trump tweeted that “Something Very Big Has Just Happened”. There was a lot of speculation about what that "Big" thing was. Based on news reports this morning, it was the killing of ISIS leader Abu Bakr al-Baghdadi by U.S. Special Forces in Syria. We will carry Trump's 9 a.m. press statement live, and then update.
Read More 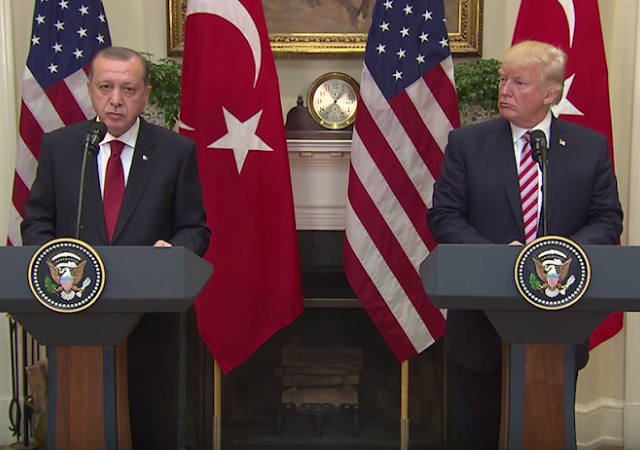 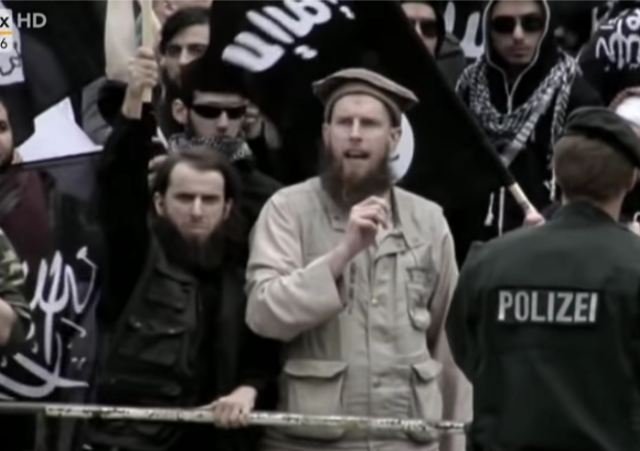 Posted by Vijeta Uniyal on June 28, 2019 15 Comments
The number of individuals classified as Islamists by Germany's domestic intelligence service has crossed 26,000, German newspapers reported. The threat from Islamic terrorism in Germany "remains at a high level," the spy service disclosed. The Islamic State is "restructuring itself into an underground terrorist group" following its military defeat in the Middle East. The terrorist organization was particularly shifting towards a strategy of hitting soft targets, the intelligence report said.
Read More 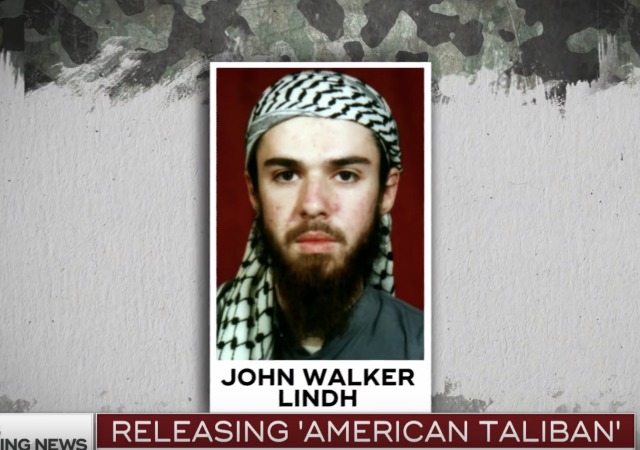 Posted by Mary Chastain on May 23, 2019 21 Comments
John Walker Lindh, a man called the "American Taliban," left a federal prison in Indiana on Thursday after 17 years behind bars. He received a 20-year sentence after he joined the Taliban in Afghanistan after 9/11. Lawmakers tried to persuade against Lindh's release even though he "will have a set of heavy restrictions placed on him."
Read More 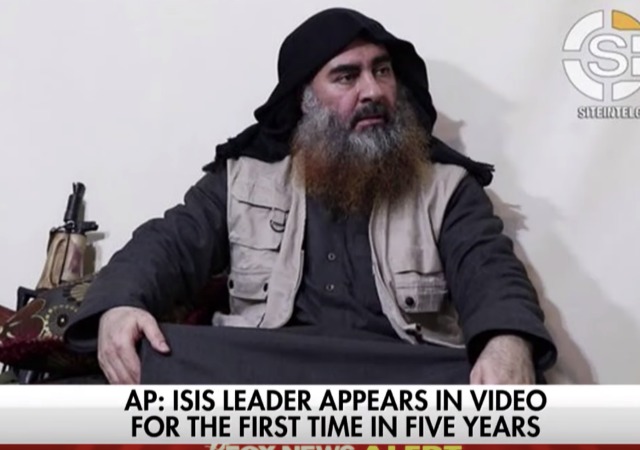 Posted by Mary Chastain on April 29, 2019 9 Comments
For the first time since July 2014, ISIS leader Abu Bakr al-Baghdadi has shown his face in a new video, in which he justified the bombings in Sri Lanka and praised those who have joined the terrorist group. Rita Katz, the director of SITE Intelligence, tweeted out the the interpretation of al-Baghdadi's words.
Read More 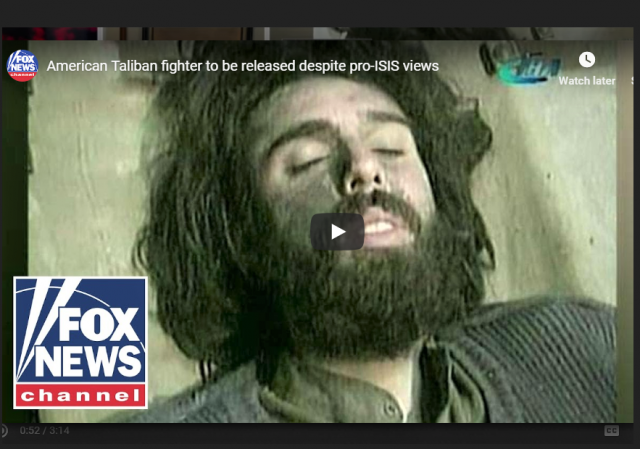 Posted by William A. Jacobson on March 26, 2019 19 Comments
Every year we remember Johnny "Mike" Spann, the CIA special operations officer who was the first American killed in Afghanistan after 9/11. Each year we discover new facts and stories, including the letter from Afghan warlord Abdul Rahdis Dostum and the memorial he dedicated in Spann’s memory, interviews with his oldest daughter Alison, and the family’s reaction to the release of Bowie Bergdahl.
Read More 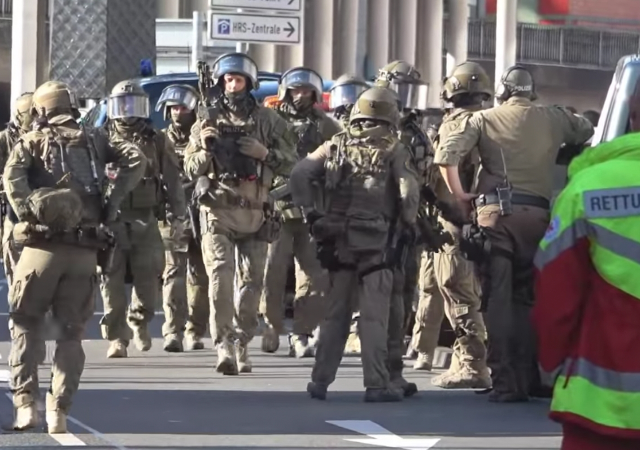 Posted by Vijeta Uniyal on March 24, 2019 5 Comments
German police have arrested ten Islamists on suspicion of planning terror attacks. The suspects were plotting car ramming attacks and mass shootings with the aim to "kill as many 'non-believers' as possible," the prosecutors in the city of Frankfurt said.
Read More
Announcement
TV early SUNDAY MORNING -- Professor Jacobson will be on FOX AND FRIENDS at 6:30 a.m. Eastern, talking about our Saving Higher Ed From Cancel Culture event.
DONATE