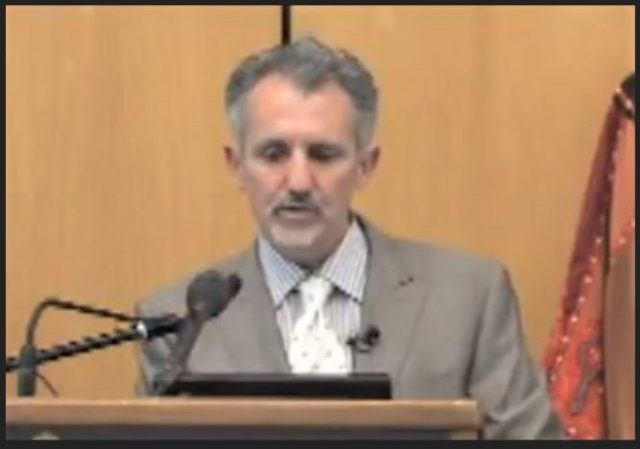 Posted by William A. Jacobson on May 27, 2019 16 Comments
George Bisharat is a retired law professor at UC-Hastings College of Law. Bisharat just published another in a long line of anti-Israel Op-Eds, this time in the L.A. Times, The case for a democratic one-state solution for Israelis and Palestinians.
Read More 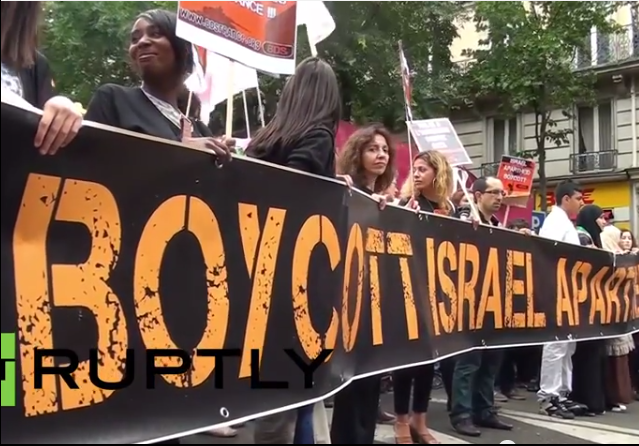 Posted by Miriam Elman on April 13, 2015 4 Comments
It’s getting tougher to be a Jew in Britain. According to a report by the UK’s Community Security Trust, anti-Semitic incidents have skyrocketed in 2014, reaching the highest levels ever recorded. The Simon Wiesenthal Center reports that British Jews are increasingly afraid to visit Jewish-owned stores. A recent UK study finds that almost half of those surveyed believe at least one negative stereotype about Jews is true, including such statements as “Jews chase money more than other British people” and “Jews have too much power in the media”. In March, an angry mob attacked a London synagogue. And earlier this month, the deputy director of a London-based interfaith organization told The Guardian that:

In the last few months, the tone on my Facebook feed has changed. There’s more fear being expressed, and some friends won’t go to events at a synagogue or Jewish community centre now because of the security aspect…Three Faiths Forum works with about 10,000 young people a year. Over the past few months, their questions have become more pertinent and can lead to very challenging discussions. Questions we’ve had to Jewish speakers include: ‘You said Jews believe in charity—do you also believe in killing Palestinian babies?’ and ‘Why do Jews keep money under their hats?’ We had to explain that the man the student had seen was probably just adjusting his kippah under his hat, and that Jews keep money in pockets just like everyone else.”

It’s a lot of awful. Which is why for many British Jews the recent cancellation of a blatantly anti-Zionist and BDS-promoted conference at the University of Southampton has been cause for celebration.
Read More

Massad is just the tip of the anti-Israel academic iceberg...

As I have told you, the efforts of some left-wing academics to demonize Israel never ends. While you go about your business and pay attention to world events, they work tirelessly to ostracize Israel while ignoring both Israel's security situation and the decades-long effort to destroy Israel. Groups...

I've written about Harvard Law School Professor Alan Dershowitz before, Alan Dershowitz, Praised: Charles C. Johnson (no, not that that CJ) has a post at Big Government, In Praise of Alan Dershowitz.  It’s worth the read, but hardly does justice to someone who for generations has...

The Legal Case for Israel

We have focused frequently on the lawfare strategy against Israel, advocated by people like Hastings College of Law Professor George Bisharat, which has been a primary focus of Palestinian political strategy ever since Israel put a halt to suicide bombings by building the security barrier. Lawfare...

I witnessed first hand in law school in the early 1980s the concerted and planned effort by "Palestinians" to co-opt indigenous rights movements to the anti-Israeli cause. The push was led by people like George Bisharat, now a law professor at UC-Hastings Law School and self-identified Palestinian-American...

This week in anti-Israel lawfare

David Gerstman a/k/a SoccerDad has a Mideast Media Sampler he circulates by email which is very informative and used by many bloggers. With his permission, I'm posting today's sampler about the anti-Israel lawfare being conducted by the U.N. Human Rights Council cheered on by The New York Times and law professor George Bisharat (who...

Is The Dersh the last courageous liberal?

One of my big regrets is not making more of a connection with Alan Dershowitz while in law school. I didn't take any of his classes, but I did have some interaction with him since he was the faculty advisor to the Jewish Law Students Association.  We...

Palestinian national identity as it currently is recognized was a reaction to the creation of Israel and most prominently the 1967 war when Israel captured territory controlled by Egypt and Jordan.  Newt Gingrich is under fire for stating this truth. It doesn't really change the equation...

There is Apartheid in the Middle East

Calling Israel an "Apartheid State" and the barrier built to keep out suicide bombers the "Apartheid Wall" is part of the standard lexicon of the Islamist-Lefist Anti-Israel Coalition. In The New York Times today, Richard Goldstone calls the apartheid terminology a slander, Israel and the Apartheid...

Why are the pre-1967 borders of Israel, which amount to the 1949 armistice lines, so sacrosanct?Once you buy into the narrative of exclusive Palestinian victimization, once you take the Helen Thomas view which is widely accepted in many circles that Israel is an alien European...

As noted yesterday, Richard Goldstone has recanted and regretted much of his report issued on behalf of the United Nations Human Rights Council accusing Israel of serious war crimes during the Gaza war.So how do we cleanse the world of the putrid stench of the...

Charles C. Johnson (no, not that that CJ) has a post at Big Government, In Praise of Alan Dershowitz.  It's worth the read, but hardly does justice to someone who for generations has fought for civil rights and the survival of western democracy even when...

Today is al-Quds Day, the day on which the anti-Israel rejectionist front hopes for the destruction of Israel and the liberation of Jerusalem.  On this day, Mahmood Ahmadinejad gave a speech in celebration of al-Quds Day declaring that "the Zionists are groups of hypocrite racists who have...

What If Palestinians Were Settlers?

Barack Obama's insistence that Israel cease all building in Jewish neighborhoods of East Jerusalem, calling such neighborhoods "settlements," raises an interesting question. Who are the settlers in Jerusalem? A good example of the lack of clarity over Palestinian claims to Jerusalem is found in prominent Palestinian-American...

George Bisharat is a law professor at the University of California*, Hastings College of Law. His is the son of a Palestinian father who immigrated to the U.S. several years before the creation of Israel, and an American mother. I first learned of George Bisharat when...