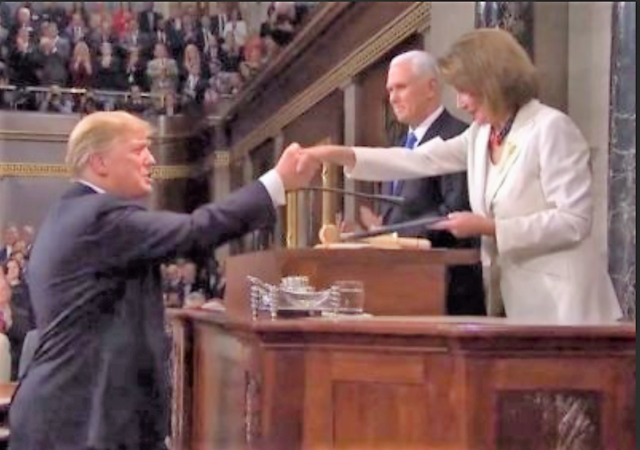 Posted by William A. Jacobson on May 21, 2019 43 Comments
If you thought the Mueller Report would cause Democrats to move on from trying to impeach Trump, you were severely mistaken. The Democrat Impeachment Train merely switched tracks. The first track, consuming two-and-one-half years, was Russia collusion. The Mueller report did derail that impeachment track, by finding no conspiracy with or coordination between the Trump campaign and the Russians. In short, Mueller found no collusion, a non-legal term that comports to conspiracy or coordination.
Read More

Everything you need to know about Rhode Island in one photo...

David Cicilline (RI-01) — is he finally out of tricks?

David Cicilline, my current Congressman and former Mayor of Providence, has been a frequent topic here for the past two years, ever since he stole the 2010 congressional race by covering up and being "untruthful" (the Providence Journal's word) about the dismal state of Providence's...

It's crunch time everywhere, but I want to call your attention again to the race in Rhode Island's 1st congressional district, my home district. While a couple of public polls showed incumbent Democrat David Cicilline up by low single digits, this race is much tighter. This is...

There are a number of flip opportunities, just check out the Operation Counterweight Final List. But this one would be special, getting rid of David Cicilline in my home District in favor of Brendan Doherty: The latest polling showed Cicilline with a single digit lead within the...

I posted yesterday about the race between David Cicilline (D RI-01) and Republican Brendan Doherty. Cicilline has managed to pull into a small lead because of an over-the-top Mediscare campaign and faded memories of Cicilline's cover-up of Providence's financial disaster. The Doherty campaign has just launched a...

The most important House race (to me, it's my home District)...

Disgraced former Mayor of Providence David Cicilline, who was forced to admit he lied to voters about Providence's financial health when running for Congress in 2010, is out with a new television ad which is typical of how Rhode Island politicians buy votes with taxpayer...

I've written numerous times over the past two years about the horrible fiscal mess David Cicilline (D-RI01) left behind in Providence when he was Mayor, and how he concealed the problem from voters during his 2010 congressional race. The city has been teetering on the verge...

David Cicilline, the former Mayor of Providence and current Democratic congressman from my home district RI-01, is in deep electoral trouble because he lied about Providence's abysmal finances during the 2010 congressional race.  He has apologized for lying. With Providence on the verge of bankruptcy, Cicilline...

I have posted numerous times about David Cicilline, former Providence Mayor and current Democratic congressman in my home district, RI-01. As I previously noted, Cicilline deliberately concealed the terrible financial condition of Providence during the 2010 election in a close fight with Republican John Loughlin: In June 2010, when...

One of my focus races is the attempt by Republican Brendan Doherty to unseat Democrat David Cicilline in RI-01, my home district. Cicilline is very unpopular due to the mess he left behind when he was the Mayor of Providence.  While Cicilline was able to hide...

Providence begs for mercy, probably won’t get it

The City of Providence, in my home State of Rhode Island and Providence Plantations, is in dire financial trouble, as I have posted here many times before. The City, with its large tax-exempt university base and decades-long history of lush public sector benefits, has struggled under...

I previously have posted about the RI-01 congressional race, which is my home district, a seat currently held by Democratic former Providence Mayor David Cicilline. Cicilline concealed Providence financial problems until after the 2010 election.  Cicilline ran a "scare grandma" campaign, making a tour of senior centers...

There's a very interesting article in The Providence Phoenix (h/t Hummel Report) regarding plans by the Republican Party in Rhode Island to regain relevance: The Rhode Island Republican Party's reputation for ineptitude is, by any reasonable measure, richly deserved. Sure, the party held the governor's office for much of...