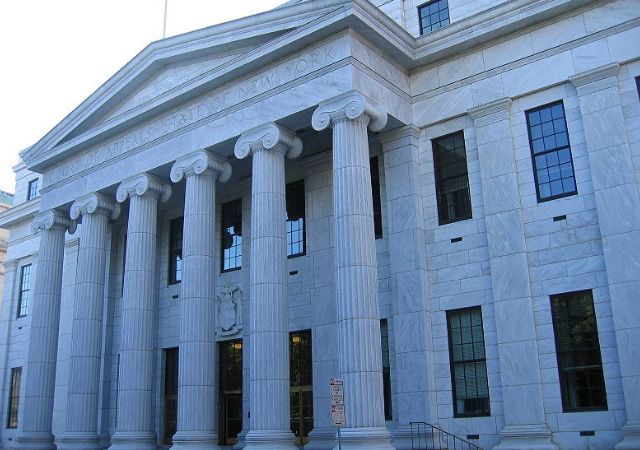 Posted by Mandy Nagy on July 02, 2014 6 Comments
The New York Court of Appeals on Tuesday ruled that a local law intended to protect children from cyberbullying violated the Free Speech Clause of the First Amendment because it was too broad. From the Wall Street Journal:

New York's top court struck down a law that made cyberbullying a crime, in what had been viewed as a test case of recent state and local statutes that target online speech. The New York Court of Appeals, in a 5-2 ruling, held on Tuesday that the 2010 Albany County law prohibited a vast swath of speech "far beyond the cyberbullying of children," in violation of the First Amendment. The court's ruling could stand as a guidepost for other state high courts hearing challenges to such laws, as well as for states and localities considering criminal penalties for cyberbullying, legal experts said. Besides Albany, four other New York counties and more than a dozen states, including Louisiana and North Carolina, have similar laws.

The 2010 law defined cyberbullying against “any minor or person” to mean “any act of communicating or causing a communication to be sent by mechanical or electronic means, including posting statements on the internet or through a computer or email network, disseminating embarrassing or sexually explicit photographs; disseminating private, personal, false or sexual information, or sending hate mail, with no legitimate private, personal, or public purpose, with the intent to harass, annoy, threaten, abuse, taunt, intimidate, torment, humiliate, or otherwise inflict significant emotional harm on another person.” Writing for the majority, Judge Victoria Graffeo said, in part, “…it appears that the provision would criminalize a broad spectrum of speech outside the popular understanding of cyberbullying, including, for example: an email disclosing private information about a corporation or a telephone conversation meant to annoy an adult.”
Read More 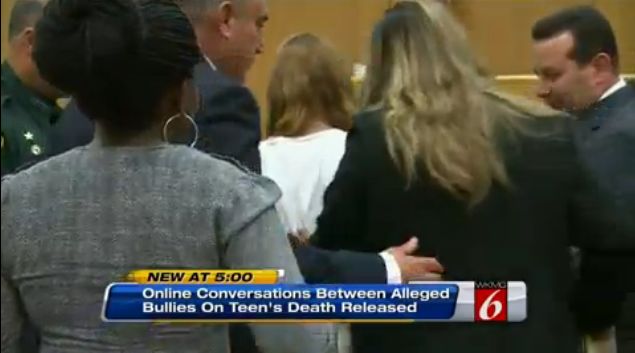 Posted by Mandy Nagy on October 25, 2013 6 Comments
The Polk County Sheriff's Office on Friday released private Facebook chats of two middle school girls, aged 12 and 14, who were recently charged with aggravated stalking in connection with the bullying case of Rebecca Sedwick. Sedwick, 12, who was allegedly bullied by the two for months, took her own life in September. The Facebook chats reveal the reactions of the two girls after learning about Sedwick's death.  In one chat with an unidentified friend, the 14 year old defendant says, "it was best for everyone that she went to hell , no one [will] ever know the truth."