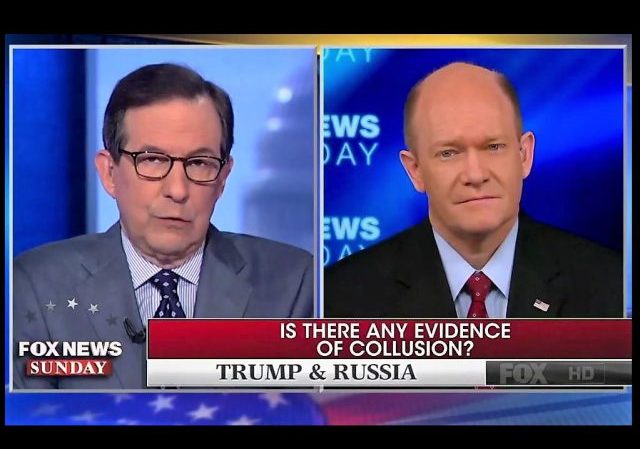 Chris Coons walkback: “I have no hard evidence of collusion” between Trump world and Russians

Posted by William A. Jacobson on March 05, 2017 21 Comments
When Donald Trump sent out his series of tweets about alleged "tapping" of his phones and/or Trump Tower by Obama, the instant media reaction was that Trump made the allegation without presenting any proof. As if proof were needed at the time of an accusation for a media that has put Trump on trial for the last 6-8 months based on innuendo about Trump campaign ties to Russia. As pointed out repeatedly, there is zero proof in the public record of such media and Democrat accusations, and no proof was demanded by the media. In fact, Democratic Senator Chris Coons recently suggested there were incriminating transcripts of calls involving Trump or his associates:
Read More 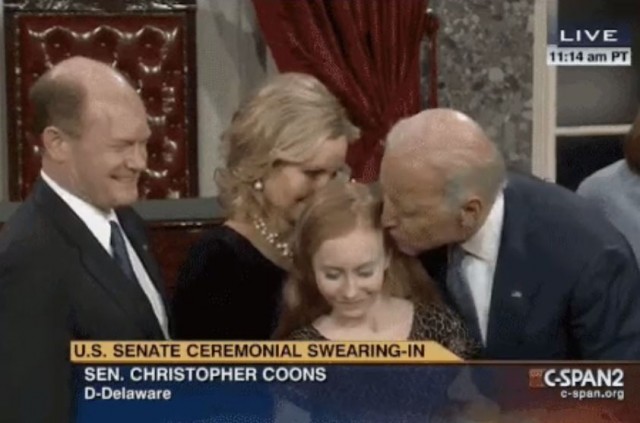 Who do you blame more, Joe Biden or Chris Coons? (Reader Poll)