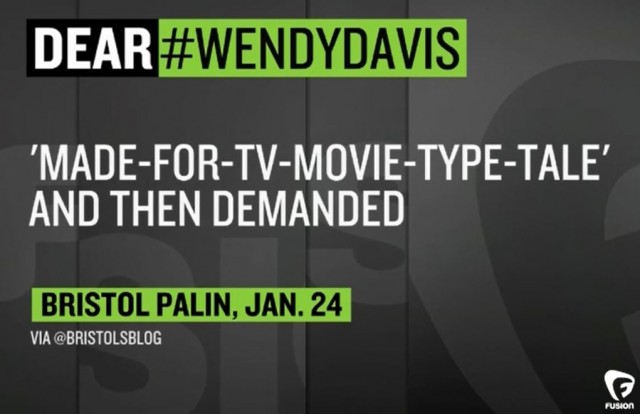 Posted by William A. Jacobson on January 28, 2014 20 Comments
As have many people, Bristol Palin weighed in on the Wendy Davis narrative, and took issue with what she called the "Made-for-TV-Movie-Type-Tale." When Davis was asked about it, she took the bait (video at bottom of post), generating headlines that must make seasoned political types and progressive Davis supporters in the media cringe, such as: 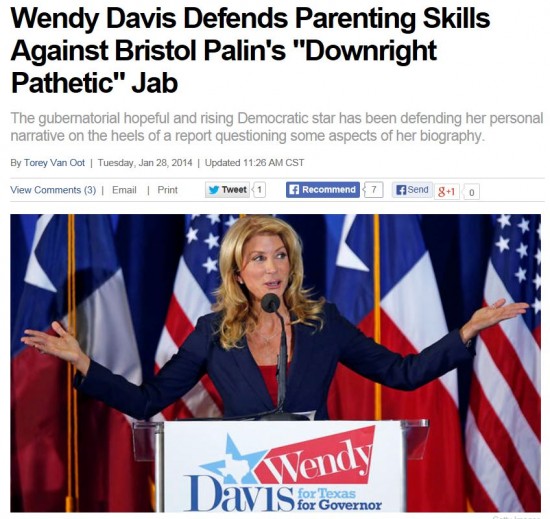 Palin was less harsh towards Davis than many have been.  But really, why is Davis responding to any individual's criticism? Those who hate the Palins already are voting for Davis. Bristol Palin is not Wendy Davis' problem, Wendy Davis' narrative is Wendy Davis' problem. Here's the video:
Read More
DONATE