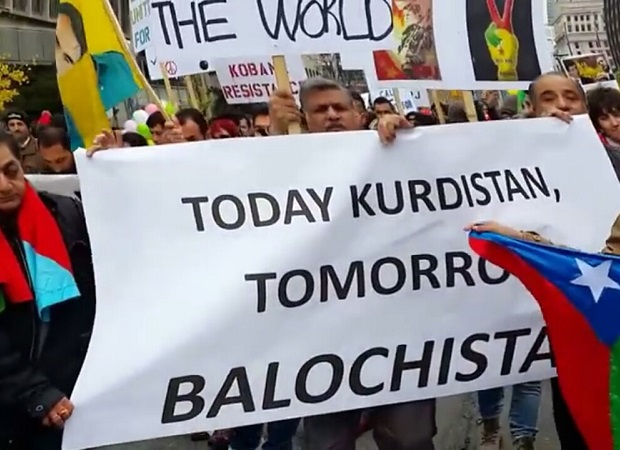 Balochistan: The real occupation and genocide that mainstream media and liberals don’t care about

Posted by Vijeta Uniyal on August 23, 2016 1 Comment
While fake instances of “Palestinian suffering” has been taking up all the bandwidth of media attention in the West, mainstream media and liberal activists have been surprisingly silent over the suffering of Baloch people living under the brutal occupation of Iran and Pakistan. Once an independent people with distinct ethnicity, culture and language, Baloch people today are living under foreign military occupation. In 1928, the armies of the Shah of Iran took hold of the western part of Balochistan. Today over 2 million Baloch are living under Iranian rule, more than 80 percent of them in abject poverty. Just like Kurdish Peshmerga fighters in Northern Iran, ill-fed and outgunned Baloch have been putting up resistance to the Mullah Regime in the south. Forgotten by the rest of the world, Kurds and Baloch are facing an increasingly well-equipped Iranian army -- replenished thanks to 150 billion dollar windfall from Obama's sanctions relief.
Read More
DONATE