Miriam F. Elman is an associate professor of political science at the Maxwell School of Syracuse University, where she is a research director in the Program for the Advancement of Research on Conflict and Collaboration. 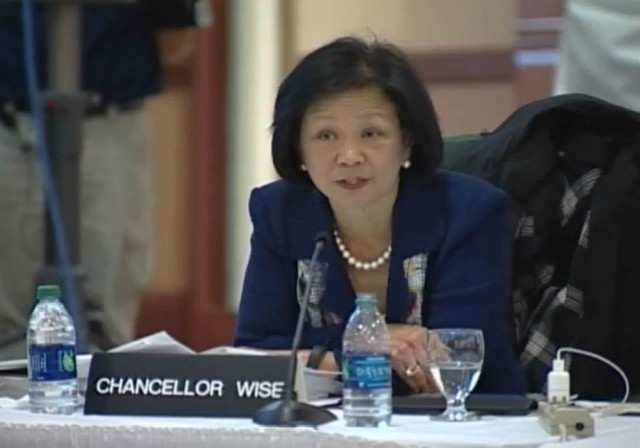 Posted by Miriam Elman on November 09, 2014 4 Comments
(WAJ Note:  This is a GUEST POST regarding an attempt by some Syracuse University faculty to pass a faculty Senate resolution supporting Steven Salaita, who was denied a tenured position at the University of Illinois at Champaign-Urbana.  We are running this Guest Post because such resolutions have been or are being brought at many universities, and the Syracuse experience sheds light on the process.) ----------------- On November 5, Syracuse University’s (SU) University Senate voted for the second time to table a resolution that calls on the administration of the University of Illinois-Urbana Champaign (UI-UC) to either honor the contract of Dr. Steven Salaita, the former Virginia Tech associate professor who posted noxious anti-Semitic rants to Twitter for months before and during this summer’s Israel-Hamas war, or “to demonstrate, via AAUP recognized procedures of academic due process, that termination is warranted”. The resolution in question wasn’t actually written by any SU faculty. It’s a template that’s currently circulating broadly on various American campuses, endorsed (primarily, I believe) by well-meaning and principled higher education professionals who’ve been led to think that, by denying Dr. Salaita’s job offer, UI-UC’s Chancellor Wise and its Board of Trustees “assaulted” Salaita’s academic freedom. It turns out that SU’s resolution came by way of Louisiana State University (LSU), which as it happens just the day before defeated in a split decision vote a substantially revised pro-Salaita resolution (reports claim that LSU faculty devoted three months of meetings to revising the initial document introduced at SU). My sense is that at SU, and on other campuses, these resolutions are being introduced not just to support Salaita but as part of a larger effort to recalibrate the relationship between the faculty and the administration. Faculty don't much like it when university CEOs overturn the preceding reviews of faculty bodies lower down the chain, like departments and search committees. In today's university climate, when many faculty are sick and tired of Chancellors and Trustees running roughshod over shared governance, pro-Salaita resolutions will have broad appeal precisely because they are construed as vehicles for committing administrators to "fairness and transparency in all academic procedures and practices, including faculty hires and other labor practices".
Read More
Announcement