“She plans to ask that ballots that were legally cast but not included in the initial canvass be considered in the recount, which is prohibited under Iowa law” 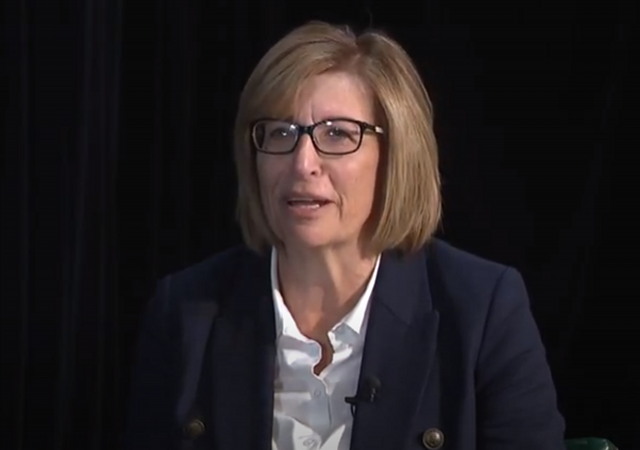 Republican Marianette Miller-Meeks has already declared victory in the race for Iowa’s 2nd district, a contest that came down to just six votes.

Now, days later, the Democrat candidate Rita Hart has decided to challenge the results, in an unexpected way.

Hart is taking her case directly to the Democrat-controlled House of Representatives.

The closest race in the country, a race which the Republican candidate won by a razor thin margin, is now going to be decided by Democrats in the U.S. House.

On Monday Iowa certified the vote for all state races including the incredibly close race in the 2nd district. The vote totals show that Republican Marianette Miller-Meeks defeated Democrat Rita Hart by just six votes. It’s the closest House race in the country since 1984 and the closest in Iowa in more than 100 years.

Once the vote was certified, Rita Hart had three options. The first was to concede the loss and move on. The second was to contest the outcome in Iowa’s courts. The deadline for a court challenge was close of business today. The third option was to appeal directly to the U.S. House itself which has the power to investigate and determine who will ultimately get the seat. Today, Rita Hart chose door number three:

We all watched #IA02 close from 47 votes to 6, but there are still ballots that haven't been counted. The only way to ensure all Iowans' votes are counted is a full examination of this election by the U.S. House that will consider every ballot cast. pic.twitter.com/NVksSnT6gd

Hart is filing a petition with the House Administration Committee under a 1969 law that lays out procedures for contesting state election results. She plans to ask that ballots that were legally cast but not included in the initial canvass be considered in the recount, which is prohibited under Iowa law…

Under the 1969 law, a certified election is presumed valid, and Hart has the burden of proof of showing it was not, according to a report by the Congressional Research Service…

The most recent instance of the House reversing the initial outcome of an election was more than three decades ago in 1985 in a contest for what was known as Indiana’s “Bloody 8th.” After the 1984 elections, Hoosier State officials certified the 8th District results showing Republican Rick McIntyre had defeated Democratic incumbent Frank McCloskey by just 34 votes.

McCloskey contested the election, and the House, which was controlled by Democrats at the time, initially decided not to seat either candidate. The House Administration Committee assembled a task force to investigate, and conducted its own recount which resulted in a four-vote lead for McCloskey, who was then sworn into office.

All Iowans should be outraged by this decision. #ia02 pic.twitter.com/pdz44kz180

I have only one question. Will the media condemn Rita Hart for refusing to concede?

So, no explanation in this post about why those votes didn’t get counted. Just the assertion by the Dem that they are legal votes.

Yes, that bears explanation.
What is meant by that? Do they mean legally-cast, but late-arriving, and therefore not eligible to be counted? What other disability can a “legally-cast” vote have that would exclude it from counting? (I’m presuming here that a “curable” technical problem-that wasn’t cured timely-is not the reason they weren’t counted. Many curable problems put the legality/authenticity of a ballot into doubt, and without curing probably can’t be called “legal” ballots.)

Maybe to make a point, the Republican should challenge her Democrat to a duel. It is illegal, but when do Democrats care about elections and legality?
(The Seconds would of course intervene and call it off.)