You cant make this stuff up. 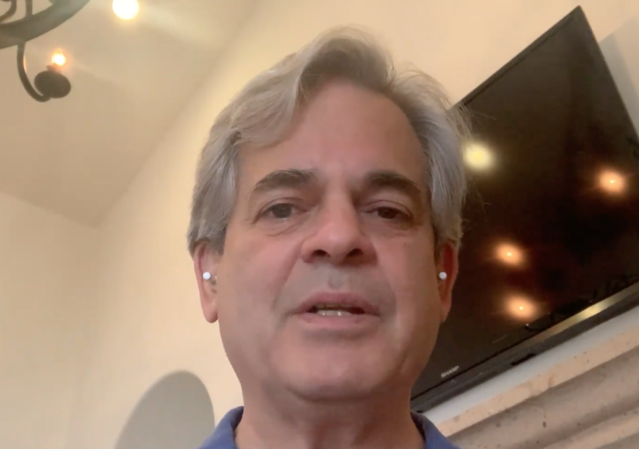 The hypocrisy of our leaders during this pandemic is pretty amazing.

In a November 9 Facebook video, Austin mayor Steve Adler advised the public to “stay at home” but failed to disclose he was broadcasting from a timeshare in Cabo San Lucas. I mean, you can’t make this stuff up. But wait! It gets better (worse?)!

Adler and 8 family members took a private jet to his Mexican getaway. All of this was the day after Adler reportedly hosted a small wedding for his daughter at a hotel in Austin.

A reporter from the Austin American-Statesman tweeted:

EXCLUSIVE: Austin Mayor Steve Adler told the public to "stay home if you can…this is not the time to relax" in a Nov. 9 Facebook video. He did not disclose that he was at a timeshare in Cabo San Lucas after flying on a private jet with eight family members and guests. pic.twitter.com/w1uZahGfpM

The Mexico trip with family came the day after Adler hosted a small wedding for his daughter at a trendy South Congress Hotel with 20 attendees. Adler says he consulted with health authorities prior and that guests had to undergo COVID-19 testing and practice social distancing.

Adler did not violate his own order or those by Gov. Greg Abbott. However, city hall insiders have begun quietly discussing Adler's personal activities. Adler has been a constant voice during the COVID-19 pandemic, urging residents to take precautions. Here is his statement: pic.twitter.com/atrNs6ELB8

More from the Statesman:

In an interview this week with the American-Statesman, the mayor said he and his family put hours of consideration into how to hold an intimate event and vacation as safely as possible. He said he consulted with interim health director Dr. Mark Escott prior to the wedding at the Hotel St. Cecilia, just east of South Congress Avenue, and established rules to ensure guests’ safety. The 20 attendees had to undergo a rapid COVID-19 test and maintain social distancing, he said.

Adler added that masks were distributed, although he acknowledged that guests were “probably not” wearing them all the time.

“At that point, I am with my family group and people who just tested,” he said. “It is not perfect. Obviously, there are infections that could happen, but I think all of us should be minimizing risks as best we can.”

In a media briefing the day after Adler’s party left for Cabo on Mexico’s Pacific coast, Escott told the public: “If you’re going out to a restaurant, go out with your family, the people who live in your household, not with family and friends outside your household and start to decrease those travels outside of your home that are not necessary.”

A month later, City Hall insiders and political operatives have quietly started questioning the actions of Adler, a Democrat serving his second term, as officials across the country have been found breaking their own rules or recommendations.

Last week, Williamson County Judge Bill Gravell, a Republican, paid a $1,000 fine for violating his stay-home order by visiting his grandson on his birthday after donning fire protection equipment. Denver Mayor Michael Hancock, a Democrat, issued a public apology after urging residents not to travel for Thanksgiving, then flying to Missisissippi to see his family. And California Gov. Gavin Newsom, also a Democrat, was recently caught at a posh restaurant at a large table without a mask.

Overheard at an Arizona Restaurant —

0
MarkS in reply to notamemberofanyorganizedpolicital. | December 3, 2020 at 2:53 pm

I hope that is true

Who paid for the private jet? International flights by private jet are, shall we say, rather expensive.

He could’ve chosen a zoom background, and people might not have known. but when the background is the resort, that’s a judgment error.

“The hypocrisy of our leaders during this pandemic is pretty amazing.”

Once is an accident. Twice can be chalked up to coincidence. Three times is enemy action.

A bazillion times is a giant middle finger. Or worse.

How many times, Obama Care America, are you going to put up with the feds shoving an appendage up your @$$ and maybe this time it’s a finger? Like they told you the last dozen times.

They’re not even trying to hide it.

The analogy was supposed to be to a proctology exam. Look up the jokes.