Biden will be in a boot for several weeks. 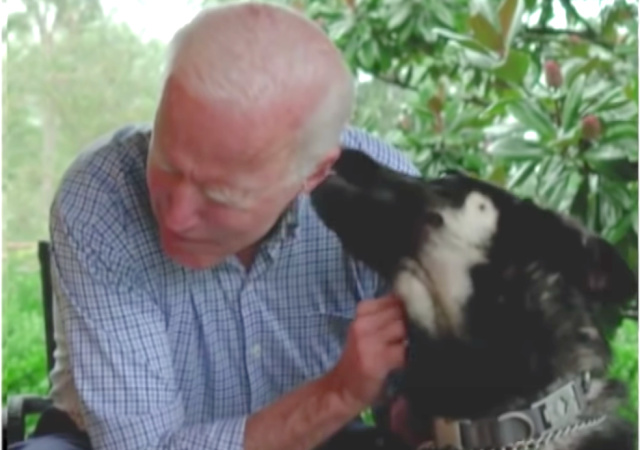 Joe Biden has a small hairline fracture in his foot after he fell while playing with his dog Major.

Joe Biden’s doctor on Sunday said that the president-elect had sustained a sprain of his right foot after twisting his ankle while playing with his dog, Major.

“Initial x-rays are reassuring that there is no obvious fracture and he will be getting an additional CT for more detailed imaging,” Dr. Kevin O’Connor said in a statement. “Follow-up CT scan confirmed hairline (small) fractures of President-elect Biden’s lateral and intermediate cuneiform bones, which are in the mid-foot. It is anticipated that he will likely require a walking boot for several weeks.”

Biden will be fine. I had the same diagnosis after I fell at Kemberlee’s house a few years ago. Then my best friend Michelle had to drive me back to OKC. I was in a boot for 4-6 weeks. I also had a hairline fracture in my pinkie.

I’m not sure I believe he really did break his foot. This smells more like an excuse, in what will eventually be an endless stream of manufactured excuses, to keep Biden hidden for a few weeks. I predict in a few weeks some other excuse will be given for his absence, which will get him to the inauguration if Trump’s lawsuits fail. They will trot him out for a few hours to take the oath of office, then back to the locked room with him.

Cheating Joe needs to stay in the basement with the roaches. Less chance of injury down there. And he is in his natural element.