Reap What You Sow: Media Who Coddled Biden for Months Now Complain About Mistreatment

Reap What You Sow: Media Who Coddled Biden for Months Now Complain About Mistreatment

Journalists can’t all but act as lapdogs and apologists for a political campaign for months at a time and then all of a sudden expect the candidate to obediently start honoring media protocols and traditions. 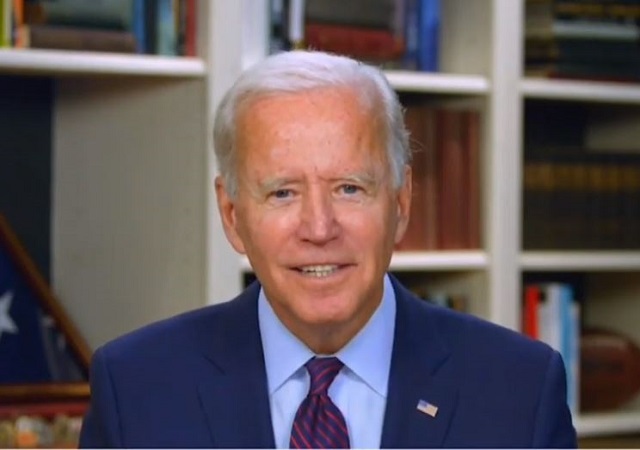 For the second time in a month, Democratic presidential nominee Joe Biden has snapped at CBS News reporter Bo Erickson.

The first time it happened was in mid-October after Biden had done some campaign stops in Michigan. As Biden prepared to board his private jet, Erickson stepped up to the plate and asked him about what no other reporter would: The New York Post’s explosive story on Hunter Biden’s laptop and the emails that were discovered on it.

“Mr. Biden, what is your response to the New York Post story about your son, sir?” Erickson inquired of the former Vice President.

“I know you’d ask it,” Biden sneered. “I have no response, it’s another smear campaign, right up your alley, those are the questions you always ask.”

It happened again on Friday. Biden and his vice presidential running mate Kamala Harris held a meeting in Delaware with House Speaker Nancy Pelosi and Senate Minority Leader Chuck Schumer to formulate a game plan for their legislative priorities in the event Biden and Harris are certified next month as the winners of the presidential election.

As is often the case with Biden, press availability was severely limited – 50 seconds, to be exact. Reporters were dismissed not long after the “meeting” started, but Erickson did manage to sneak a question in.

“Mr. Biden, the COVID task force said it’s safe for students to be in class. Are you going to be encouraging unions to cooperate more to bring kids back to classrooms, sir?” Erickson asked.

Instead of answering, here’s how Biden responded: “Why are you the only guy that always shouts out questions?”

Pelosi laughed as reporters and photographers including Erickson were herded out of the room like cattle. You could hear one of Biden’s handlers ordering them around as though she was operating a daycare. “Let’s go guys. Out!”

Asked Biden if he will encourage teacher unions to cooperate to get kids back in school because the COVID task force said it is safe to be in the classroom. He didn't answer.

“Why are you the only guy that always shouts out questions?” he said. pic.twitter.com/x2DsG5Fmgo

The scene was reminiscent of some of the first appearances Biden and Harris made together after he announced her as his VP pick in August. On several different occasions at the time, reporters were invited to public appearances but were not allowed to ask any questions. They were also herded out in a similar manner as was seen in the above clip.

There was some grumbling about it at the time from journalists, but it was quickly swept under the rug as they got back to covering for the guy they hoped would beat President Trump.

On Saturday, Biden and his handlers decided to give the media limited access again – at one point ditching them as a security sweep was being done of the press pool:

Biden called a lid at 9:12a, meaning there would be no more action for the day for reporters to witness, then lifted the lid at 3:18p, then left in motorcade without the press corps who is supposed to be with him. https://t.co/q8lZqfLB6K

After telling the professionals assigned to cover the president-elect at 9:13am that he would not be seen in public today, Biden staff reversed the lid at 3:20pm.

USSS was in the middle of its security sweep of the pool when Biden departed without his press corps. That’s bad.

After a last minute lid removal and schedule change, President-elect Biden’s motorcade blew past us while we were being swept by USSS. Press pool is not with @JoeBiden and we are heading to location TBD now. pic.twitter.com/hTcCOOVCeZ

As it turns out, Biden went to church – where the press including Erickson caught up with him:

As the President-elect Biden left church tonight on Delaware, I asked if all Americans should be able to attend religious services during the pandemic?

Several reporters including some that were covering Biden took to the Twitter machine to weigh in, condemning Biden and his team for breaking protocol and ditching them without notice:

This is unacceptable. The pool exists to provide the independent account of the activities of a president(-elect) that the American people deserve. https://t.co/LCygQS1sot

One might have a tad more sympathy for the press had they not spent the last several months coddling him and making excuses for him as he hid out in his basement and only threw them the occasional bone in making scattered public appearances here and there.

Not only that, but in just the last week, the briefings Biden’s held with the media looked more like scripted state-run TV “press conferences” where softball after softball was thrown. Biden looked so relaxed and comfortable with them I’m shocked he didn’t don a smoking jacket and pull out a cigar.

Don’t take my word for it. Watch for yourself. The following is from Monday’s presser:

This is from Thursday’s:

That’s just pathetic. Practically every question was some variation of “Mr. Biden, how eager are you to get started on the unity and healing of our nation?”

Less than a week after Election Day, CNN’s chief media correspondent Brian Stelter practically salivated over the possibility that “normal relations between the president and the press corps” would resume under a possible Biden-Harris administration:

Coming soon: A restoration of normal relations between the president and the press corps?https://t.co/XWPKjLlbsN

It’s very clear what Stelter and others in the mainstream media really mean when they gush about how things might soon “get back to normal” between the press and the White House.

Though Bo Erickson might not deserve the treatment he’s getting from Biden and his handlers, most other journalists in the media who are complaining about Biden’s treatment of the press most certainly do. You can’t all but act as apologists and front men and women for a campaign for months at a time and then all of a sudden expect them to start honoring media protocols and traditions. You’ve let them know you’ll be their lapdogs, and they are not going to be eager to change that.

The media “built this” by allowing Biden and his campaign to get away with limiting his time with reporters during the campaign under the guise of “being safe in the midst of the pandemic.”

Journalists are in the midst of reaping what they’ve sown. And the sad thing about it is that they will not learn a thing from incidents like what happened Saturday, what’s happened with Erickson on two different occasions, and all the other times they’ve been ushered away without being allowed to ask questions.

The “state-run TV”-like atmosphere will only get worse over time if Biden is certified the winner. Because no matter how badly he mistreats them, he’s still their guy and always will be. All the way to the bitter end.

Too obvious but it’s like battered spouses who can’t stay away.

This is unacceptable. The pool exists to provide the independent account of the activities of a president(-elect) that the American people deserve.

Wow, I never thought Biden would ever do anything that would get me entirely on his side. But he’s done it. What the “pool” exists for is entirely its concern, and none of Biden’s, or Trump’s.

The pool has no legal status whatsoever, and no rights whatsoever. Reporters love to indulge in the fantasy that they are mentioned in the constitution, and have a role to play in our system of government, but it has no basis in fact. Any access a president — let alone a mere presumptive-almost-president-elect — gives them is merely a courtesy that can be withdrawn for any reason or none at all. And they need to learn this well.

For those who do now know. The media, bloggers or the communist Chinese do NOT declare who is the winner of this election. Until the election has been certified, there is NO president elect. biden is NOT the president elect. The only oval office this treasonous corrupt demented pedo will see is in his basement.

The MSM is about to get a rude awakening, lapdogs for a presidential candidate who wins, you become Pravda.

These morons should not be so surprised. The communists never had any respect for their useful idiots.