Thinks 538 website named after Al Gore’s vote lead in 2000 Florida recount. “If Joy Reid were your architect, the bedroom ceiling would fall on your head the first time the wind blew.” 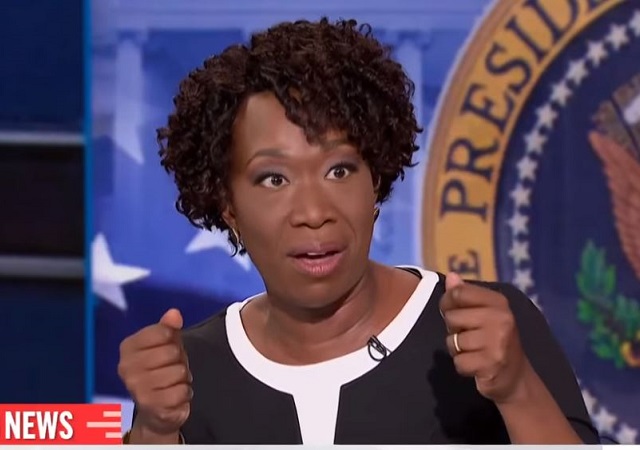 There is fierce competition for the position of dumbest talking head over at MSNBC. Lawrence O’Donnell, Chris Hayes, Mika Brzezinski, and Nicolle Wallace put up a great fight for the prize on a regular basis, but Joy Reid consistently outshines all of them in this coveted category.

A recent tweet from Reid about the meaning behind “538” in the name of the polling outfit “FiveThirtyEight” should be framed and hung on a refrigerator somewhere.

Here's the thing: the reason there's a thing called @FiveThirtyEight is because 538 was the margin in FL when the Republican SCOTUS reversed the 2000 election during a recount, making Dubya the president. That's the kind of margin where races can flip. That's not what's up now.

Been awhile since I’ve seen a tweet where literally every part of it is wrong. The beginning is wrong. The middle is wrong and her conclusion is wrong. The whole thing. It’s a masterpiece of wrong. https://t.co/HXfg2C9LE9

Correction: the Bush-Gore margin was 537 not 538 and of course 538 is the number of electors. My mistake. But the bottom line holds, that margins in the range Biden is leading by don’t get overturned by recounts. https://t.co/EeDyQ9ORHo

MSNBC’s Joy Reid is the wrongest person on television

But! Joy Reid is a television pundit, albeit one who toils for the hysterical conspiracy-theory factory known as MSNBC, and hence can never suffer any penalty for being factually inept: Hey, it’s only somebody talking. Did you make the mistake of assuming MSNBC was about accuracy?

Bzzt. Wrong. Gong sound. Let the mighty all-negating Foot of Monty Python come down from the heavens and squash this tweet onto oblivion. We award Joy Reid no points, and may God have mercy on her soul. The Supreme Court didn’t reverse the 2000 election and fivethirtyeight.com is, famously, named not after George W. Bush’s margin of victory in Florida in 2000 (which was 537) but after the number of votes in the Electoral College.