“The GOP won all 27 toss up seats. And the Dems failed to flip even ONE house seat nationwide.” 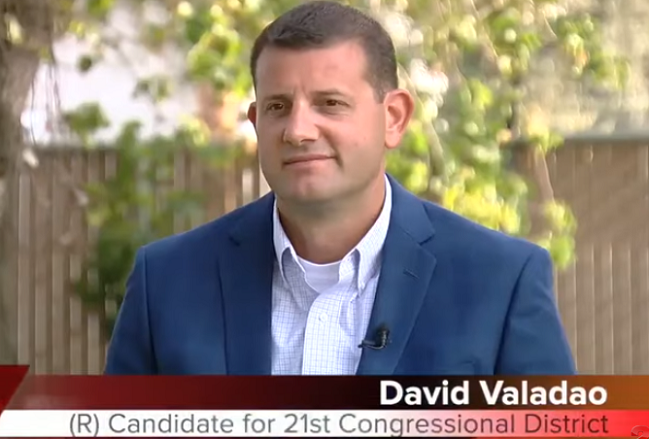 Democrat House Speaker Nancy Pelosi has been watching her majority shrink significantly as results from the 2020 election continue to come in.  And now there is more bad news for her as Republicans flip yet another House seat, this time yet another one in California.

Republicans have picked up their 11th seat overall in the U.S. House and the third seat in California, as Republican David Valadao reclaimed the seat he lost in the farm belt two years ago.

. . . . On paper, the 21st District looks like it should be a Democratic stronghold: The party holds a nearly 17-point registration edge. But California’s agricultural centers have long been known for Republican residents who vote reliably and Democrats who often do not.

The NRCC can be excused, I think, for a little bit of gloating.

Finally! Official welcome back and that’s our 13th flip! https://t.co/CVhJ3rra8G

Worked out pretty well this cycle.

Republicans really have done remarkably well in House races across the country.  With a likely win in #CA25, the GOP will have won all 27 races deemed “toss ups.”

= A RED WAVE swept the country.

Except in KEY swing states where tens of thousands ONLY voted for Biden❓No one is buying it.

CA25 looks like it will stay in GOP hands this finally finishing the the House races nationwide. The GOP won all 27 toss up seats. And the Dems failed to flip even ONE house seat nationwide. #BidenCheated

Let that sink in:  instead of the eagerly anticipated “blue wave,” Democrats failed to flip even one House seat.

At least Pelosi still has the majority, barely, and she has those fancy freezers stuffed full of expensive ice cream to get her through what can only be a crushing disappointment.

We won’t until long after the election and only if there is an in-depth autopsy of the CA voting process by I am very sure that the 65%-35% Biden victory will be found to be substantially less. I wouldn’t be shocked if Trump actually won.

There is no point challenging the CA vote at this time since unlike the other contested states, we don’t have a Republican legislature to anchor the challenge. We could not win the way PA and the others are likely to win.

I am very sure the Dominion voting machines were rigged here to and for the Republicans to have done so well in the House races is astounding.

The GOP won EVERY SINGLE ‘toss-up’ seat, and yet Trump lost.

But in NY 22 a State District Court Judge (Socialist/Communist Party – S/C P) took it upon himself to determine which of the ballots which were discarded for various reasons were actually correct and true votes which must be counted. And amazingly enough he found the S/C P candidate no longer lost the election, but won it by 13 votes.

P.S. This wasn’t anywhere near NY City. The Judge sits in Syracuse in upstate NY. NY-22 runs from Southeast Lake Ontario south to the PA state line and east to just above Cooperstown. A large district which is gerrymandered around Syracuse in following I-81 south. Not sure what course the GOP has now, any appeal to the state court system will run into more S/C P elected Judges.

For completeness, last I read, he had asked what the result would be if those votes were included, I suppose to find out if it would change the outcome as it would essentially be moot if those votes did not alter who was leader. He did not decide that they ultimately would be included (yet?).

though the D candidate did jump on the count and declare victory. That wasn’t the judge making that determination though and a judicial decision is still pending.

I see a lot of people have some idea that if Dems didn’t win any of the “toss-up seats” then how could Biden win overall. But that makes no sense. These 27 seats just happened to be the ones that after the election turned out to be very close. There are always seats like that, and they’re not the same ones each time. It’s statistically improbable for one side to end up winning them all, but it could happen; if anything the Rs winning them all is evidence that the Ds were not able to cheat in the counting, perhaps because those are not D strongholds and they don’t control the local board of elections. None of this has any implication for the election overall. After all, the Ds still won a majority of districts.

Those 27 tossup seats were rated by the Cook Report prior to the election. In addition, the Republicans picked up the Shalala seat in Florida CD27, which Cook rated as likely Democratic.

Milhouse, I see you saying “it COULD happen” to the anomalies presented here. Yeah, lots of things COULD happen, including that Trump actually did win by a landslide. See? I just now made the same argument you did.

Indeed that is possible. In fact more than possible; like almost all Trump voters, I think it’s at least likely that Trump actually won. But the fact that Rs have been winning toss-up house races isn’t evidence of that.

Do you mean that “the fact that Rs have been winning toss-up house races isn’t PROOF of that?” Because it is evidence, imo. The question is whether there is enough evidence to PROVE Trump won.

No. I considered writing “proof”, but changed it because it’s not even evidence. It’s completely consistent with an honest Biden win. There is plenty of evidence of fraud, but this is not it.

Is there any prize having a smaller minority gives you or is it just a moral victory that he won?

It means that the Rs can occasionally win a vote, if they get a small number of Ds to vote with them.