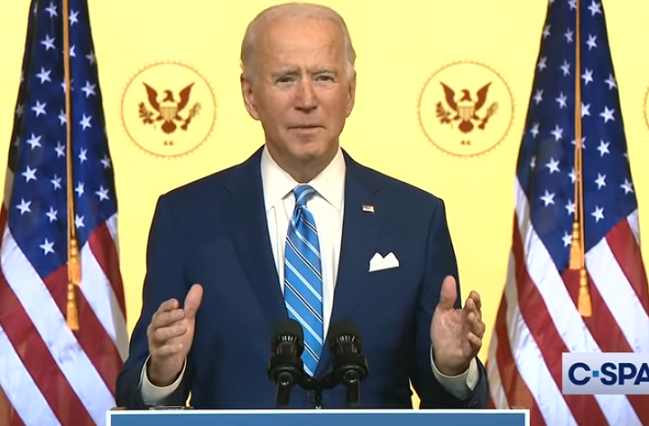 The media has been protecting Democrat presidential nominee and former vice president Joe Biden and treating him with kid gloves.  Among other stories, they colluded to smother the New York Post bombshell report on Biden family influence peddling, and they acted like it was perfectly acceptable to ask a presidential candidate what flavor milkshake he ordered on the rare occasions he left his basement to campaign.

While I doubt we’ll be seeing any magazine covers with Biden sporting a halo as we did of Barack ‘Teh Won’ Obama, it seems that the media intends to drop the anti-Trump conspiracy theories, falsehoods, daily doses of outraged outrage, and general alarmism that have, for four years, undermined their already shaky credibility with the American people.

Instead of fake news, it appears we will be treated to countless fluff pieces from “journalists” who would be right at home donning a goofy hat and doing yoga on morning television.  Let the media slobberfest over Biden begin.

Biden, the Boston Globe gushes, is a “devout Catholic” who “always carries a rosary in his pocket and laces speeches with scripture.”

What they fail to mention, however, is that Biden apparently particularly likes the Book of Palms written, he imagines, by the Palmists.

He has no idea what the Psalms are.

He calls them the “Palmists” and then looks confused.

He apparently thinks King David was a “palmist.” https://t.co/NrpDAUP0xi

On Saturday, we were treated to a fascinating interview with a pet psychic who got the skinny on what a “great president” Biden will be . . . from his dogs.

Pet psychic Beth Lee-Crowther says Joe Biden’s dogs, Major and Champ, told her they are excited to live in the White House. They also say their master will be “a great president.”https://t.co/8avRWAjZRU

And the hard-hitting reporting doesn’t stop there!  Sit down for this one.  Should Biden be installed in the White House, he’ll be taking a cat along with his two dogs.

JOURNALISM IS BACK, BABY! https://t.co/vwiyEP6VWR

This latter, mind you, is a CBS “exclusive.”

Meanwhile, top “journalists” are doing the hard work of reporting the color of the socks Biden wears on his whittle footsies.

George H.W. Bush was known for his socks, maybe Biden will be too? Today he wore dark blue socks adorned with lighter blue dogs. (Yes, there are plenty of more substantive things to tweet about but we can have some fun sometimes too.) pic.twitter.com/8xxTusXafQ

All that’s missing is the article in which journalists share Biden’s favorite recipe for chicken pot pie, a “Biden family favorite,” we are breathlessly told by the Washington Post.

If biden/harris are not indicted, at the minimum they should have to live in shame and self imposed exile for the rest of their days. Except shame and the ability to shut up and disappear are not qualities democrats possess. Therefore, these corrupt fraudsters shoupd never walk free ever again. The bizarre campaign biden/harris ran is proof enough for me they absolutely knew dominion was going to rig it for them come hell or high water.

1
notamemberofanyorganizedpolicital in reply to CKYoung. | November 29, 2020 at 2:41 pm

And politicians have been using Dominion software to rig and still elections for almost 20 years now.

In fact I suspect even the slightest investigation would reveal politicians at the local level have been using Dominion software to rig and still elections for tax increases. For almost two decades now in my area which is very conservative there’s not been a single tax increase nor any special funding for wasteful projects turned down.

Again that makes me suspect local politicians have been using Dominion software to rig and steal elections for tax increases.

“While I doubt we’ll be seeing any magazine covers with Biden sporting a halo as we did of Barack ‘Teh Won’ Obama….”

Thanks for posting this! Obama the ‘messiah’ unseated by gropy, racist, hair-sniffing, addled corruptocrat Joe. Who would’ve thunk it?

Do these people have any self-awareness whatsoever, or has Postmodernism completely addled their brains?

Can we call them all “Kamala” now?

Trump was elected by the voters.

Biden was selected by the insiders and the media has its assignment.

Trump or Biden? Election or SElection?