Atty Lin Wood: “Special thanks to Actor Ricky Schroder & Mike Lindell for putting us over the top.” 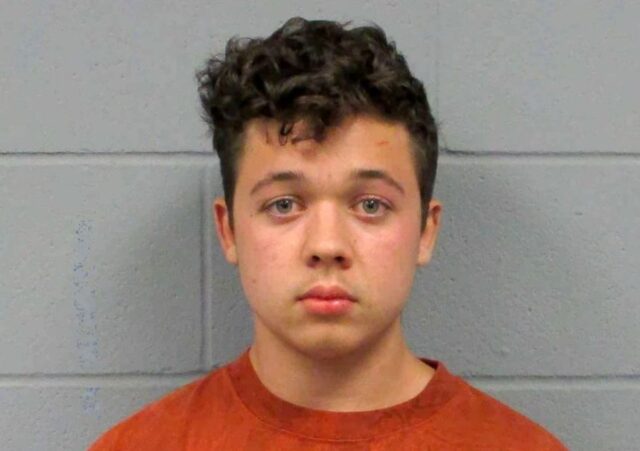 Kyle Rittenhouse, a teenager who is charged with murder in a shooting during Kenosha, Wisconsin, riots, has been freed on $2 million bail.

Kyle Rittenhouse was released from jail in Wisconsin on Friday afternoon after his attorneys posted $2 million bail, setting the teenager free as he awaits trial for fatally shooting two men and wounding a third during summer protests in Kenosha, police said.

His release came over the objections of family members and lawyers for two of the men he shot. They had asked for higher bail and voiced concerns Rittenhouse would flee, which his lawyers have said he would not.

The 17-year-old’s release was funded by donations sought by his attorneys, who appealed to the political right, where Rittenhouse is popular….

An attorney set up the payment and then a private security detail transported him from the jail about 2 p.m. Friday, according to Sgt. David Wright of the Kenosha County sheriff’s department.

One of Rittenhouse’s lawyers, John M. Pierce, said previously that the bail money would come entirely from funds raised by a nonprofit that champions conservative causes led by another of the teen’s attorneys, L. Lin Wood. In a tweet Friday celebrating Rittenhouse’s release, Wood thanked actor Ricky Schroder and a Minnesota businessman allied with President Donald Trump for “putting us over the top.”

We covered the shooting at the time. There is a credible claim of self-defense, as Fuzzy detailed in NY Times reconstruction of Kenosha-Rittenhouse shootings points to potential self-defense. Whether that credible claim of self-defense holds up in court once all the facts are presented remains to be seen. But as we saw in the Trayvon Martin – George Zimmerman case, a lot of people won’t let the facts get in the way of their political judgment of guilt.

Needless to say, a lot of people are upset that someone presumed innocent is being let out of jail on bond.

We live in a country where they raised 2 million to get Kyle Rittenhouse out of jail for some shit he definitely did. Because they agree with him doing it.

I wanted to just stay offline today, but the news that they right raised $2 million dollars for Kyle Rittenhouse is just too much. He’s walking free right now, because they raised $2,000,000 to free him.
Because that’s their priority.
Because that’s who they are.

So shooting three white guys trying to kill you makes you a white supremacist? Cool.

Not related, but I think of him from time to time:

I hope they Nifong the DA-she deserves it.

The outrage is that he needed any bail at all. I would have released him on his own recognizance. That is, assuming it was not within my jurisdiction to dismiss the charges.

The President should invite him to the White House (while it’s still his).