Don’t get too excited though 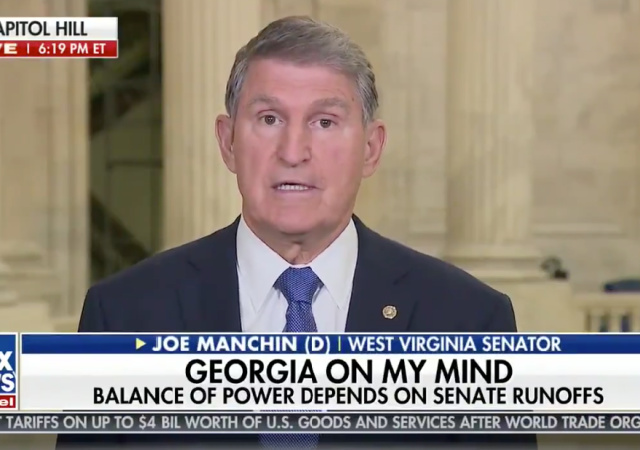 Democrat Senator from West Virginia, Sen. Joe Manchin said he won’t vote to pack courts, end the filibuster, or defund the police, which could complicate a Democrat agenda on those particular issues.

But before we get too excited, it’s worth remembering 1) he’s a politician 2) he also voted to impeach Trump 3) this is perfectly on message, given the complaints of Congressional Democrats who lamented that extreme messaging was hurting them at the ballot box and 4) he’s a politician in a state getting redder by the day.

Good luck trying to please both sides of the fence, Sen. Manchin. You’re gonna need it!

He is a Democrat trying to appeal to the middle.
Always has been.
What he actually does is not necessarily what he says…

Manchin is a committed liberal that’s just smarter about it than most of the rest.

He will never, EVER be the deciding vote in our favor.

On Kavanaugh, he played the ‘deliberating’ game, until he was ABSOLUTELY SURE his vote didn’t matter before being given PERMISSION to vote against The Party.

On impeachment, exactly the same thing. He talked some good bullshit about ‘considering the evidence’, but the microsecond Mitt ‘The Bitch’ Romney gave them the coveted ‘bipartisan’ label, his permission was revoked and he was ordered to vote with The Party. Which he did with zero protest.

Manchin is a liberal. Never, EVER make the mistake of believing he will help conservatives when it actually matters.

Joe Manchin has a reputation to uphold. As a lying sack of shit.

There is no such thing as a moderate Democrat or an honest Democrat.