After Biden Proclaimed President-Elect and Democrats retain the House, if Democrats win both Georgia Senate Runoffs, they will control the Senate and all of federal government, allowing them to ram through a far leftist agenda. 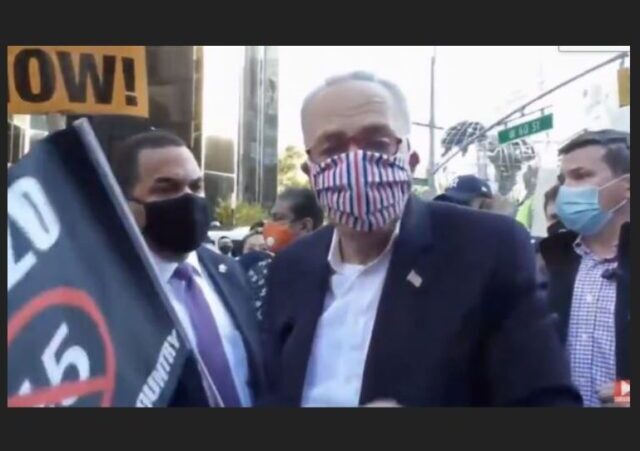 I am still digesting the “news” that deep red Georgia suddenly turned blue for Joe Biden, after rejecting Obama who had genuine momentum and enthusiasm in ’08—not to mention the historic nature of being the first black president—and after voting for smarmy Mittens McRomneyCare over Obama in 2012.  President Trump, of course, won the state in 2016.

It is against this backdrop that we consider the upcoming Georgia U.S. Senate special elections in January, elections that will determine the majority in the U.S. Senate.

As of this writing, both of Georgia’s U.S. Senate seats will be, theoretically anyway, up for grabs in January.

Control of the Senate may hinge on Georgia’s two runoff races in January as no candidate in either contest has reached a required 50% threshold in votes to win outright.

That means Georgia, which is also still counting ballots in a neck-and-neck presidential race expected to go to a recount, is shaping up to be ground zero for whether Congress will be divided again next year.

“All eyes will be on Georgia for the next two months,” Emory University political science professor Andra Gillespie said. “There will be record spending, unprecedented campaigning and tons of mudslinging in these races — more than what we’re used to seeing.”

Currently, Republicans hold a 53-47 majority in the U.S. Senate. With several races undecided, Democrats have gained one new seat in the Senate but would need two more for a 50-50 split. Then, if Joe Biden wins the White House, Kamala Harris as vice president would cast tiebreaking votes in the chamber.

Democrats need the Senate in order to get their “fundamental transformation” of America back on track.

Schumer: A Democratic majority in the U.S. Senate would be the biggest difference maker to help President-elect Biden deliver for working families across the country and in Georgia where, for too long, they have been denied the help they need by President Trump

After what we’ve seen this week, it seems naive to imagine they won’t get it . . . by any means necessary.

The gloating has already begun.

“Now we take Georgia, then we change the world,” Chuck Schumer via @StatusCoup pic.twitter.com/JMtGPzgZUH

Hey Chuckie, you gutless, repulsive little schmuck, you ain’t changing anything. Try it.

“Then we change the world”

“Now we take Georgia, then we change the world”
Good to know we can skip the Sudentenland this time around.

Schumer, who got down on his knees for, ” Black Lives Matter “, who refused to lobby against Obama’s , ” Iran Deal “, has been a disgraceful party hack for more than a decade. Getting him out of the Senate should be a priority for the Republican Party.

“Now we will change the world.” Words of the standard
secular utopian collectivist ideologue. Always the goal is to remake man in their own image. “…the Russian [socialist] principle cuts deeper than the Christian since it seeks salvation for the masses by fulfillment in this life, and, thereby, orders anew the actual world we know. . . . Lenin was surely right when the end he sought for was to build his heaven on earth and write the precepts of his faith into the inner fabric of a universal humanity.” — Harold Laski