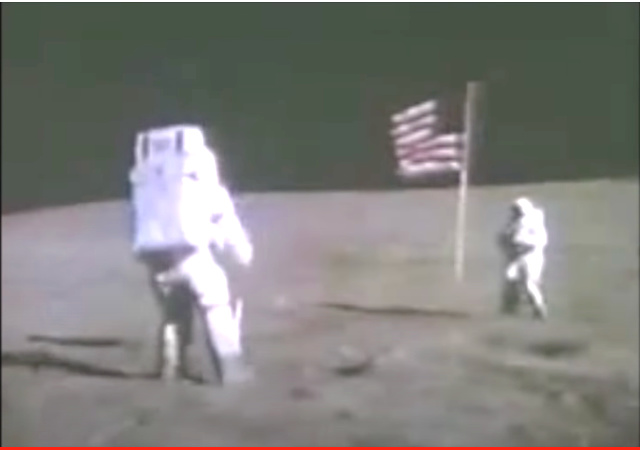 By signing the agreement, the eight nations commit to peaceful activities on the moon and in travel to the moon.

Provisions in the Artemis Accords stipulate that nations, and private companies in those nations, will openly disclose plans for lunar missions, and mine resources on the moon in accordance with the international Outer Space Treaty that dates to 1967.

The accords also commit signing nations to render aid to other nations on the moon if necessary, to minimize space debris and to register all objects taken to the lunar surface.

Dare I say it…the accords are creating a federation for space exploration.

“Artemis will be the broadest and most diverse international human space exploration program in history, and the Artemis Accords are the vehicle that will establish this singular global coalition,” said Jim Bridenstine, NASA administrator.

The Artemis Accords, announced in May, provide a legal framework for exploring the moon, Mars, comets and asteroids, as well as releasing scientific data, registering space objects and “preserving outer space heritage.” The space agencies have also committed to peaceful exploration, transparency, providing emergency assistance to those in distress and “preventing harmful interference.”

It appears that the “harmful interference” is not coming from Klingons or Romulans, either.

A new report used the growth of China’s space program to argue for continued support of NASA’s own exploration ambitions as well as legislation to assist the space industry and space traffic management.

The China Task Force Report, prepared by a group of Republican House members and released Sept. 30, covers a wide range of issues that group linked to the Chinese Communist Party (CCP) and saw as threats to the United States. Much of the report was devoted to issues of national security and the economy.

However, two pages of the 130-page report discussed space exploration. In it, the task force noted Chinese development of a space station and long-term, although as yet unscheduled, plans human lunar mission. “The U.S. should be concerned about the technological innovations and leadership role for the CCP that could come from missions crewed by [People’s Republic of China]-nationals to the Moon,” it stated,

The recommendations in that section of the report, though, addressed NASA’s space exploration programs. “As the CCP seeks to attract international partners to support its own space exploration goals and expand its influence, the U.S. must maintain its presence in low-Earth orbit, return U.S. astronauts to the Moon, chart a future path for human exploration of Mars, and maintain a steady commitment to space science missions,” it stated.

Luxembourg & United Arab Emirates? WTF? Not only did they try to auction Luxembourg on eBay (with nobody wanting them) – but how do Arabs pray on the Moon if there’s no Mecca?

That question’s been answered.

Several years ago (2007) the Kuffir Space Gods had the bright idea of sending a Muslim (a Malay) into space. (Why? Some sort of worthless outreach?) Only the Kuffirs could do such a thing because, on their own, the Muslims could never even think of such an adventure (though Muslims are quite practiced at murder). Along the same lines that the new Muslim mega-clock in Mecca could never have been built without the ingenuity of the Kuffir. “O Allah [as in ‘I’ll hava Coke, or a Pepsi’], why have you cursed the best of people [the Quran-inspired descriptor used by Muslims to identify themselves] with no brains, but have amply supplied the infidels with knowledge & clear thinking, leaving us so ashamed and in poverty.”

But the Malaysian Space Agency (huh? who knew such an agency even existed!), a part of the Dept of Islamic Development Malaysia (cough, cough, “Islamic Development” exists in the same universe as “dry water”), wrestled with the greatest technical problem of the entire then-upcoming flight of going beyond the earth’s atmosphere. That problem, How to face Mecca from outer space?

The result, A Guideline of Performing Ibadah at the International Space Station (ISS), which concludes, “It is hoped that this guideline could assist the Muslim Astronaut to ensure the success of the mission and at the same time attaining the redha (pleasure) of Allah SWT.”

Get that? The purpose of this nonsensical “guideline” (giggle) is to help the Muslim “ensure the success of the mission.”

Whew! A load off my mind. Leave it to the Muslim to come up with the really, really penetrating questions facing us all.

Except, how is one “buried” in space?

I think Muslims would be content in the vacuum of space. The only problem is that it is too costly to put large numbers there. There is the option of Soylent Green.

As I understand it, if one Muslim “owns” land, it is, according to the Koran, forever under Muslim jurisdiction, regardless of how many times it changes hands. So, one Muslim on the moon claiming it in the name of their god….

Jezuz H Krist, we just can’t get away from this crap, can we? All this does is give a handle to any whackjob “environmentalist” who wants to kill anything at all happening in space; get it into the 9th Circuit, and some whackjob federal judge will, with a few words, knock the government or any US company right off the ladder. Think of it as Title IX in Space, only worse. And after that it’s clear sailing for the Chinese. Disastersville.

Should the Communists seize power in November it means the US will be run by a group of global-warming Luddites whose crowning technological achievement was the crappy Obamacare website that didn’t work. It would be no small miracle if this group of scientific illiterates made it ten feet off the ground, let alone to the Moon and beyond.

Keep in mind the people writing this drivel as the same people that if it wasn’t for government graft would be on welfare.

No one is going to be mining anything on the moon.

Two reasons to mine the Moon, and both are currently pipe dreams. The first is for helium 3 in order to power fusion reactors. Of course efficient fusion reactors do not yet exist (efficient meaning produce more power than they consume). And the second is to use lunar resources for a push further into space from moon bases.