“Former President Barack Obama will head to Philadelphia on Wednesday to campaign on behalf of the Biden-Harris ticket, his first appearance on the trail thus far.” 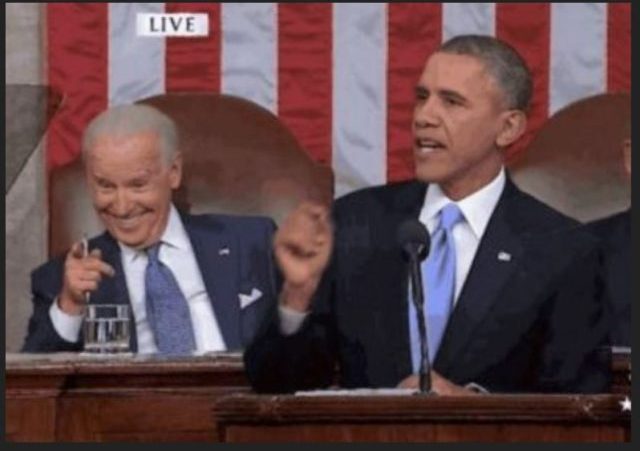 Obama took his sweet time to endorse Joe Biden after the Democratic primary. He was also pretty quiet throughout the summer. Now he is going to step up and start campaigning for Biden at the last minute.

Doesn’t it seem a little late for this?

Obama still has star power in Democratic circles, but it’s hard to know if he can move the needle in any meaningful way.

Obama to stump for Biden less than two weeks before election

Former President Barack Obama will head to Philadelphia on Wednesday to campaign on behalf of the Biden-Harris ticket, his first appearance on the trail thus far.

With just two weeks until the election, Obama will rally support in a battleground state that President Trump won by less than a percentage point in 2016.

Meanwhile, vice presidential hopeful Sen. Kamala Harris, D-Calif., has tweaked her campaign events after multiple staffers tested positive for the coronavirus, but her husband, Doug Emhoff, will hold a rally in Philadelphia on Saturday.

It’s rather telling that of all the places Obama could do this, he’s going to Pennsylvania. Democrats were deeply wounded by Trump’s victory there in 2016 and desperately want to move it back into the blue state column.

Obama to Hit the Campaign Trail in Battleground Pennsylvania for Biden https://t.co/gQFYWScC9n via @BreitbartNews
This tells you all you need about the state of the race.

He's going to URBAN Philly & Detroit. How scared are they?

Biden is so comfortably ahead in PA that…his entire campaign is focused almost exclusively on it, including now sending in Obama? https://t.co/5iLhuLbY8t

Oh, and here’s a fun reminder. In 2016, the Obamas and the Clintons were in Philadelphia on election night. Didn’t seem to help in the end, did it?

The #Obama and #Clinton families share the stage and work the election eve crowds in #philadelphia #Pennsylvania @SBSNews pic.twitter.com/9QIYLb6mqF

Obama to hit the campaign trail for Biden-Harris

The Biden campaign announced Friday that President Obama will join the campaign trail for the first time next week to campaign on behalf of his former vice president. Mr. Obama will travel to Philadelphia, Pennsylvania, on Wednesday, October 21, according to the campaign.

Liberty Mutual customizes your auto and home insurance so you only pay for what you need.
Mr. Obama has largely stayed away from the 2020 presidential race, but did make an appearance at the virtual Democratic National Convention in August. Mr. Obama praised Biden in a speech on the third night of the convention, and offered a rare rebuke of President Trump.

“I have sat in the Oval Office with both of the men who are running for president. I never expected that my successor would embrace my vision or continue my policies. I did hope, for the sake of our country, that Donald Trump might show some interest in taking the job seriously; that he might come to feel the weight of the office and discover some reverence for the democracy that had been placed in his care,” Mr. Obama said. “But he never did.”

Trump has not only undone much of Obama’s legacy, he has also outdone him on economic and foreign policy.

Can we blame him for sounding so bitter?

President Trump mocks Obama: "He campaigned harder than Hillary Clinton for Hillary — and it just made us stronger. I want him to campaign so much." pic.twitter.com/gtMonF2Hdd

I wonder if Obama will be visiting with University of Pennsylvania President Amy Gutmann while he’s in Philly. Word has it that she is expecting to be Secretary of Education in Biden’s cabinet. I wonder if she was supposed to get that from Hillary back in 2016.

Gosh… I dunno.
Back in Joe’s day, he’d a never shared a stage with a colored.
Now, I think maybe things have flipped.
Will Obama actually grace Joe with an appearance?
There is still time for him to extricate himself.