Did the media face any consequences? Of course not. 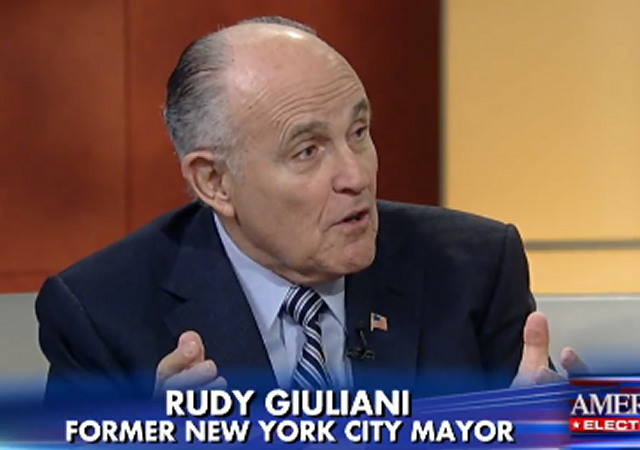 As you may know, the New York Post has been locked out of its Twitter account because of the story they recently broke about the Biden family’s alleged corruption in Ukraine.

Twitter claimed it was clamping down on unverified and potentially dangerous news stories to justify their punishment of the Post.

But now, dozens of people who work in media have been gleefully retweeting a hoax meant to smear former New York City Mayor Rudy Giuliani. Will they be locked out of their accounts? Don’t hold your breath.

It’s an amazing thing. I remember all too well how Giuliani was hailed as “America’s Mayor” after the attacks of September 11, 2001. All of that good will has evaporated in recent years. Ever since Giuliani spoke on Trump’s behalf at the 2016 Republican National Convention, the media has been on a mission to destroy him. This is just their latest effort.

Around the same time some on the Left were trying to suggest that a still shot from footage of Rudolph Giuliani in the new Borat movie had caught him in a compromising position (it didn’t), a college Dem activist said he texted Giuliani pretending to be Ivanka Trump. That turned out not to be real either:

The Democrat activist Powers is referring to is the vice president of the College Democrats in Indiana.

I decided to delete my Rudy Giuliani parody tweet. I apologize to all who took seriously. I was surprised by the reaction given the lack of reaction to similar parody tweets in the past. I’ll make sure in the future to flag satire tweets which aren’t real.

These messages from Nick Roberts allegedly sent to Rudy Giuliani are FAKE. "It is just satire," the college student tells me. pic.twitter.com/1LGPBdRypC

Brett Taylor of Twitchy has more:

As Twitchy reported earlier, some big names in media fell for completely fake text messages that were put together as satire by a Democratic college student. No, Rudy Giuliani wasn’t texting back-and-forth with Ivanka Trump, but the mere idea intrigued people like Rachel Maddow and Stephanie Ruhle.

Caleb Hull has a pretty long, exhaustive list of all the blue-checks in media who went ahead and retweeted the fake text messages, and among them was Politico Magazine contributor David Freedlander, who reported that Giuliani was “now being taken in by someone claiming to be Ivanka Trump but who is in fact the vice president of the College Democrats of Indiana.” Actually, no: The texts were fake; Giuliani never received any of them. It was a Photoshop.

Caleb Hull has a laundry list of media types who shared this unverified story:

THREAD: A random kid faked a text message between him and Rudy Giuliani and is now claiming it's "satire" after dozens of blue checks, including names like Rachel Maddow, fell for it.

Here are a few of the quote tweets… who knows how many more blue check RTs there are… pic.twitter.com/gpFqWHM5wV

The same media that’s telling you they refuse to report on the Hunter Biden story because it’s supposedly unverified and questionable, are all too happy to engage in a group smear involving a provably fake story because they dislike the target.

And none of them are suffering the same consequences as the New York Post.

Literally about half of mainstream media pundits from ABC News to Vox to MSNBC to Politico to Washington Post retweeted this random college kid who faked a text exchange with Rudy Giuliani.

This is why you should never trust a thing these people say https://t.co/FE6aaFwFGo

Journalists from ABC News, VOA, MSNBC, Politico and Time all retweeted the false Rudy texts from a Democrat activist.

Our media is broken beyond repair.

There’s a simple solution to this. Don’t use Twitter, Facebook or Google (any more than necessary – I realize it’s ubiquitous).