Leah has survived trial by cancel culture fire, and has emerged stronger and more determined. Expect Leah not only to lead our investigations, but also to do speaking engagements and media appearances about her experiences and work. 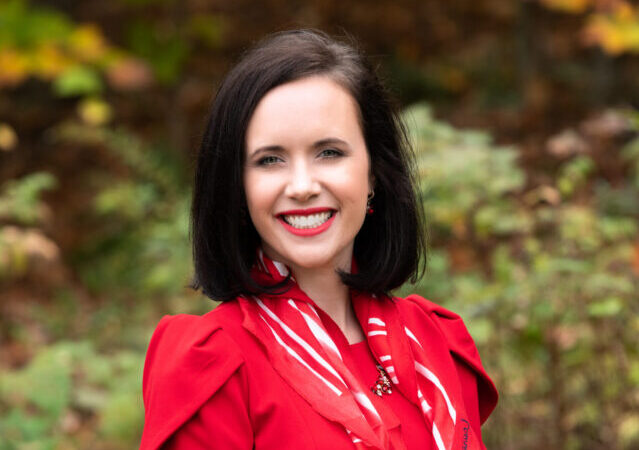 We are thrilled to announce that Leah M. Baldacci, Esq., has joined the Legal Insurrection Foundation as Investigations Counsel.

This is a new position for LIF, and reflects our increasing focus on investigations and reporting on the suppression of open expression and diverse viewpoints through ‘cancel culture’ and ideological indoctrination on campuses, corporations, government, and professional organizations. As our recent announcement of a joint investigation with Judicial Watch of attempts to ‘cancel’ a University of Central Florida professor reflects, use of state freedom of information requests, to which many universities are subject, will be an important part of our work.

Most important, Leah has survived trial by cancel culture fire, and has emerged stronger and more determined.

I first met Leah virtually when she reached out to offer support to me when the Cornell Law School woke mob came for me. Leah offered not just her support, but related that she was going through something similar in the Maine State Bar Association.

At an MSBA virtual event on June 15, 2020, Leah asked questions and offered commentary surrounding the prevalence of sexual harassment versus the prevalence of racial discrimination within the Maine Bar. Acknowledging that racism exists and that it is heinous in any form, Leah also questioned the legitimacy and efficacy of “White Privilege” discussions during Discrimination CLEs (Continuing Legal Education). She ended her extensive commentary calling for non-discrimination and making the point that the answer to racism is not more or different racism: “how can we perform this introspective look on racism without, at the same time claiming that attorneys like myself have white privilege and making other what I find racist remarks toward white race, as we delve into racism of the other ethnicities.”

There was no objection or criticism from those running the event, including the President of the Maine State Bar Association, Thaddeus Day, who said:

“Leah, I appreciate you speaking up and having the courage too to speak up in this forum.”

In a rational world, people who disagreed with Leah would have challenged her to a debate, or written their own alternative points of view. But in June 2020, the world was not rational. Soon after the event, leftist Bar members and many others not connected to legal practice in Maine launched a social media campaign against Leah that included ritual denunciations, ‘hate mail’, and attempts to get her fired from her law firm job.

That social media mob reaction led the President of the Maine State Bar Association, who had praised Leah during the event, to release what has the appearances of a hostage video in which he asserted that Leah’s statement was “unwelcome” and “I realize that I fell short in my duties as moderator on that day…. It was a mistake, and I apologize.”

The harassment and social media campaign against Leah continued, and if anything picked up steam after the MSBA President’s statement. Rather than attempting to debate Leah, people tried to cancel her. She stood almost alone, as many people who expressed private support for her feared speaking up so as not to be subjected to the online mob. (Sound familiar?)

Throughout it all, Leah conducted herself with dignity, unlike her opponents. Maintaining one’s composure in the face of such attacks is not easy, but Leah met the challenge. She is unbowed and now she’s in a position at the Legal Insurrection Foundation where she can bring that fight to help others in similar positions.

Leah has the education and experience to excel in her new position of Investigations Counsel. She also has been tested by fire, something most people never experience. Expect Leah not only to lead our investigations, but also to do speaking engagements and media appearances about her experiences and work.

So welcome aboard, Leah. With our hundreds of thousands of readers and team of writers, you’ll never walk alone again.

I looked at Leah’s picture and did an immediate double-take and then relaxed. My first glance showed an attractive woman dressed in what appeared to be a bright shiny red latex or PVC suit, and then I realised it was the white and red scarf that made her red top look like it was shiny and reflective because of the white stripes. A slightly longer viewing dispelled my initial misapprehension. Err, sorry about that confusion.

So welcome Leah, an attractive and intelligent addition to the Legal Insurrection team (because I cannot believe that LI would appoint anyone not brilliant & talented to their team).

Yes, Leah, welcome and good luck. As you might surmise, some (many?) of us out here in the LI universe are also lawyers, some active and some retired (like me). Some (like me) have many decades of experience as litigators. Don’t hesitate to take advantage of us if ever you think we might be able to help.