The haters are simply incensed that Gadot – with her sweetly humble affect, loving family, and charitable endeavors – humanizes Israelis and Jews. 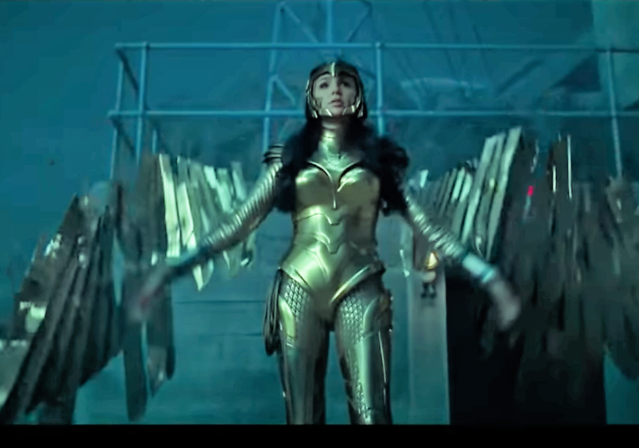 When Israeli Jewish starlet Gal Gadot announced that she’ll play Cleopatra in a new film, the “woke” internet knew it had found its new outrage crusade; incredibly, hundreds of angry keyboard warriors have condemned Gadot’s casting as the ancient Egyptian queen as example of  Hollywood “white-washing”.

Earlier this week, Gadot took to Twitter to celebrate her casting of Cleopatra in a biopic directed by Wonder Woman’s Patty Jenkins.

As you might have heard I teamed up with @PattyJenks and @LKalogridis to bring the story of Cleopatra, Queen of Egypt, to the big screen in a way she’s never been seen before. To tell her story for the first time through women's eyes, both behind and in front of the camera. pic.twitter.com/k5eyTIfzjB

Though many reacted to Gadot’s announcement with excitement and support, “woke” Twitter was not pleased. At the crux of a sudden deluge of scornful tweets was outrage over Gadot’s status as an Israeli—and a “white” one, to boot.

Gal Gadot being a genocidal Zionist aside is a really basic bitch. What an insult to cleopatra lol. https://t.co/fWwbaCDTP4

…to not-so-subtle references to well-worn anti-Semitic conspiracy theories claiming Ashkenazi Jews aren’t ‘real Jews’. One verified Twitter user (who calls herself a “geopol” and “Counter-Terror” “analyst”) pushing this trope went even further, asserting that Israeli Jews want to “replace” Arabs in the Middle East; the user even repeated a now infamous slogan popularized in Charlottesville, VA in 2017 by tiki-torch wielding neo-Nazis aiming to intimidate Jews—”You will not replace us.”

The irony is I had no idea "you will not replace us" was a term used in Charlottesville, and I don't give damn. The world does not revolve around the US. Fact is, Israelis like Gal Gadot are trying to replace the people of the levant. Cultural and physical genocide is racism. pic.twitter.com/BH6dBRXOqL

You will not replace us. pic.twitter.com/M3uUbw18Ae

Several historically anti-Israel accounts capitalized on the Ashkenazi-Jews-are-White-Europeans narrative, with some suggesting that an Arab or Black African actress should be cast in the role in Gadot’s place.

Which Hollywood dumbass thought it would be a good idea to cast an Israeli actress as Cleopatra (a very bland looking one) instead of a stunning Arab actress like Nadine Njeim?

Hollywood. Where Jesus is white. pic.twitter.com/K4hs4Ush75

So…there were no Egyptian women to play, um, an *Egyptian* queen? https://t.co/RBFv55He8d

Like the above Twitter users, several writers published articles taking it upon themselves to define (and thus dismiss) Gal Gadot’s Israeli Ashkenazi Jewish heritage as “white”. On October 14th, Hanna Flint wrote a piece for The Guardian arguing that casting “Gal Gadot as Cleopatra is a backwards step for Hollywood representation” and that it “misses chance to give north African actors a higher profile, prolonging the debate over Hollywood’s colonisation of ethnicity”. Flint opined,

The film industry has long had a frustrating habit of whitewashing history and movies about Cleopatra – thanks to white actors such as Elizabeth Taylor, Hildegard Neil, Claudette Colbert and Vivien Leigh – have cemented her western appearance on screen. Gadot in the role continues this trend, but it’s not as clear-cut as that.
The actor does tick the box for Middle Eastern and north African (MENA) representation, so she’s not as western a choice as either Angelina Jolie or Lady Gaga would have been – who had both previously been linked to the role. But it still perpetuates a white standard of foreignness.

And on October 16, Lisa Respers France wrote in CNN:

History has a way of repeating itself.

I’ve written about controversy surrounding White actors portraying characters of color — a practice that has existed throughout Hollywood’s history — multiple times.
In the most recent iteration of this pattern, Israeli-born actress Gal Gadot has been cast to play Cleopatra, ancient queen of Egypt, in an upcoming film that will reunite her with “Wonder Woman” director Patty Jenkins.

But, as other Twitter users have pointed out, Cleopatra was neither Black African nor Arab; nor were the ancient Egyptians. Arabs did not arrive en masse in the Levant (known in Arabic as Shaam) until after the death of Islam’s founder, Muhammad, in the year 632 CE. Even Islamic sources describe the post-Muhammad Arab-Muslim invasion of vast swaths of land—stretching from what is now northern Libya and Egypt in the west to the westernmost edges of modern-day Afghanistan in the east—by the Rashidun caliphs between 632 and 661 CE. Ultimately, the subsequent centuries of Arab-Muslim conquest represent one of the most ambitious and longevous colonial projects in human history.

Yet, as Ohio State University scholar Duane W. Roller wrote in the Oxford University Press blog back in 2010 (!), the historically illiterate demand that Cleopatra be played only by a ‘Person of (more?) Color’ is not new:

Racial profiling and manipulation have been around for a very long time. It has become an issue in contemporary politics, and over 2500 years ago the Greek historian Herodotos wrote that ethnicity was regularly turned to political ends. Cleopatra VII, the last queen of Egypt and a woman of great ability, is often a victim of racial profiling, as today people can be more interested in her racial background than her many accomplishments. Such concerns have recently come to the forefront with the announcement that in at least one of the several Cleopatra movies currently planned, a white (instead of black) actress would play the role of the queen. It is hard to imagine that race would be more important than acting ability, but clearly others disagree.

It has been suggested – although generally not by credible scholarly sources – that Cleopatra was racially black African. [Samantha’s note: For example, see this 2009 BBC article describing an Austrian archaeologist’s claims that bones she found in 1985 (a) belong to Cleopatra’s sister Arsinoe and (b) demonstrate that the sisters had “an African mother”—a dubious claim, to say the least.] To be blunt, there is absolutely no evidence for this, yet it is one of those issues that seems to take on a life of its own despite all indication to the contrary. What follows lays out the evidence for Cleopatra’s racial ancestry, but one must not forget that this is of little importance in assessing the legacy of the queen in world history.

Let us consider exactly the evidence for Cleopatra’s racial background. It’s a little complicated, so do follow closely! She was born in early 69 BC as the descendant of a line of Egyptian kings in a dynasty that went back 250 years. Her ancestor Ptolemy I, a companion of Alexander the Great, founded the dynasty in the late fourth century BC. Ptolemy was Macedonian Greek in origin (he grew up at the royal court of Alexander’s father in Macedonia, the northern part of the Greek peninsula), and established himself as king of Egypt in the convulsive years after Alexander’s death. The descent passed through six successor Ptolemies until it reached Cleopatra’s father. So Cleopatra was no more than eight generations away from being pure Macedonian Greek.

Ultimately, though, much of the hubbub over Gal Gadot playing Cleopatra isn’t really due to well-intentioned outrage at the genuinely racist or white-washed portrayals Hollywood has produced (think Dumbo‘s crows, the “happy slaves” in Gone With the Wind, or Mickey Rooney’s “yellowface” in Breakfast at Tiffany’s). To be sure, there is nuanced and legitimate conversation to be had about the implications of ethnically diverse ‘representation’ (or the lack thereof) in pop culture. But the vitriol over Gadot’s most recent casting is not that.

Instead, the haters are simply incensed that Gadot—with her sweetly humble affect, loving family, and charitable endeavors—humanizes Israelis. Moreover, she has an extremely wide (and, with this latest high-profile casting, getting wider) audience for whom to do so. Despite her wealth, fame, and other-worldly loveliness, Gadot seems to be a down-to-earth person; she completed her mandatory military service like any other Israeli, she’s the grandchild of a Holocaust survivor, and she offers a nuanced picture of Jews and Israel.

Just as I wrote last year about Israeli LGBTQ activist Hen Mazzig, Gadot is exactly the kind of person that anti-Israel bigots—who portray Zionists and Israelis as uniquely, uniformly evil (and subsequently insist that Israel’s destruction is a moral imperative, rather than the genocidal ambition of anti-Semites)—would prefer the world never meet.

Too bad for them, then. All hail the Queen!

I’m really gratified to see this article here as well as the generally informed and insightful comments. The vast majority of people would have no idea how ridiculous those twitter comments were or how uninformed (or hate filled) the posters were to make those comments.

It’s a credit to LI that the contributors here did know.

Go make your own movie then with the actors you want!!

What’s Lupita got on her head? Is it what I think it is?

When I first saw this story I discerned nothing anti-Hebraic about. It was obvious Black privilege insisting that a Black woman should play the part because many low IQ, deluded Sub-Saharans insist Cleopatra was Black. Now the anti-Semites are jumping on board.

Would the anti-Hebraic Arabs complain if a Mizrahi Jew played Cleopatra instead of an Ashkenazi Jew? Genetically, a Syrian Arab is quite similar to a Mizrahi:

BTW, Gal Gadot is pretty much every man’s dream woman, whether he is willing to admit it or not.