For crying out loud, this is not how you deal with politicians you do not like. 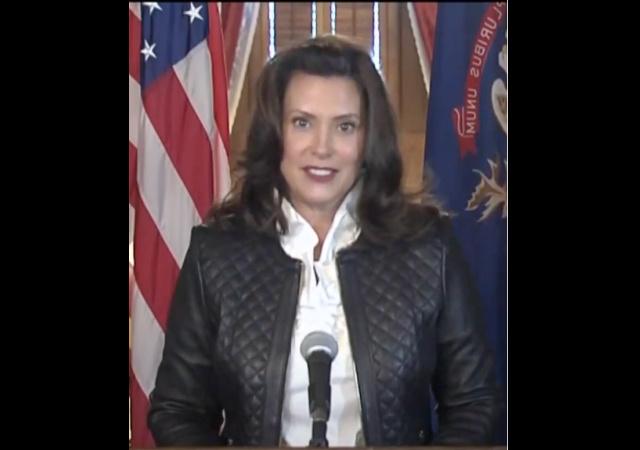 Whitmer has come under fire since the COVID-19 pandemic due to her over-reaching restrictions and shutdown.

The Michigan Supreme Court found she did not have “authority” for the shutdowns. The attorney general decided not to enforce the shutdowns after the Court’s ruling.

The FBI said a raid in Hartland is connected to the kidnapping plot during Wednesday night.

Adam Fox, Barry Croft, Ty Garbin, Kaleb Franks, Daniel Harris and Brandon Caserta have been named in the complaint. Croft is from Delaware; the rest are Michigan residents.

According to the complaint, a Michigan-based militia group attempted to recruit members for the operation, which included storming the Capitol building in Lansing and taking hostages, including Whitmer. The plan was reportedly supposed to be executed before the November 2020 election.

The militia group reportedly held several meetings over the summer where they participated in firearms training and combat drills; they also attempted to build IED devices, which were faulty and did not detonate as planned, according to the complaint.

The group then reportedly decided to abduct the governor at her vacation home and take her to a secure location in Wisconsin for “trial.”

In August, federal officials say the group allegedly conducted surveillance of her home on two occasions.

The authorities did not name the militia group but began tracking them in March when they heard about members trying to find addresses of police officers.

Fox posted a video of himself on Facebook calling Whitmer a “tyrant b*tch” asking others for help and ideas:

The affidavit describing the thwarted plot reports two occasions when the alleged conspirators conducted surveillance on Whitmer’s vacation home — during the day on Aug. 29 and at night over the weekend of Sept. 12-13.

Fox and two other individuals located Whitmer’s home and shot video and took photos of it as they drove by on Aug. 29. One of the individuals then calculated how long it would take local and state police to respond to an incident at the property.

“We ain’t going to let ’em burn our f—in’ state down. I don’t give a f— if there’s only 20 or 30 of us, dude, we’ll go out there and use deadly force,” said Fox during the surveillance operation, according to an audio recording quoted in the affidavit.

In an encrypted group chat, Garbin later suggested that demolishing a nearby bridge would hamper a response by police to the governor’s home, according to the court filing.

The September surveillance followed a field exercise in at Garbin’s property in Luther, Michigan, where the conspirators allegedly detonated an improvised explosive device made from a commercial firework wrapped in shrapnel “to test its anti-personnel effectiveness.”

So, the dictator’s internal secret police foiled a kidnappimg of one of his more outspoken opponents within government.

Worst dictator ever, or simply bad at it.