No, Kamala Harris, Abe Lincoln didn’t avoid filling SCOTUS seat because It was close to the election 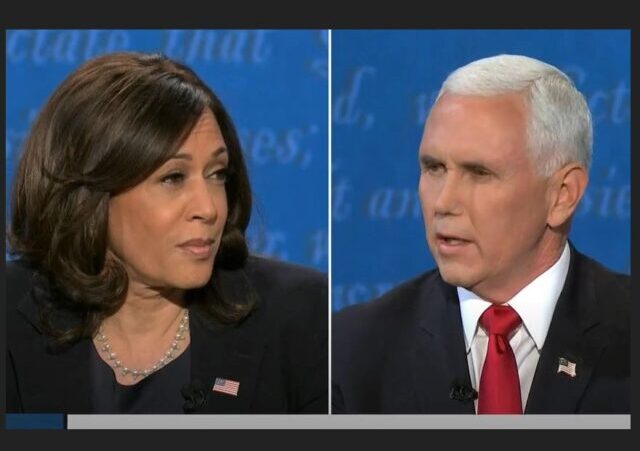 Harris avoided Pence’s question about Joe Biden, and the Democrats wish to pack the court and incorrectly explained why President Abe Lincoln didn’t fill a vacancy 27 days before the election.

“There have been 29 vacancies on the Supreme Court during presidential election years from George Washington to Barack Obama, and the presidents have nominated in all 29 cases,” Pence said, failing to mention his party refused to vote on Obama’s nominee, Merrick Garland. “But your party is actually openly advocating adding seats to the Supreme Court, which has had nine seats for 150 years, if you don’t get your way.”

“I’m so glad we went through a little history lesson. Let’s do that a little more,” Harris responded. “In 1864 … Abraham Lincoln was up for reelection. And it was 27 days before the election. And a seat became open on the United States Supreme Court. Abraham Lincoln’s party was in charge not only of the White House but the Senate. But Honest Abe said, ‘It’s not the right thing to do. The American people deserve to make the decision about who will be the next president of the United States, and then that person will be able to select who will serve on the highest court of the land.’”

Yes, Lincoln faced a SCOTUS vacancy 27 days before the election when Justice Roger Taney passed away in October 1864.

No, Lincoln did not choose to fill the vacancy because it was too close to the election.

Lincoln chose not to fill it to get Salmon P. Chase and other candidates to campaign for him (emphasis mine):

As ever, Lincoln was the shrewd politician and in October of 1864 he saw no profit in alienating any of the factions of his political support by making a selection before the election. There is no evidence that he seriously considered announcing his choice before he was re-elected.

Lincoln was not, however above using the enticement of the office to encourage campaigning on his behalf. The highest prize in that regard was the active political support of Salmon P. Chase, the former Senator, Governor, Secretary of the Treasury, and presidential candidate and a towering figure in the country. In the apt analysis of historian David Donald, after Taney’s death in October 1864 Chase took the “cue” and stumped for Lincoln throughout the Midwest in marked contrast to his earlier maneuverings in 1864 to replace Lincoln as President.[22] (Of course, Chase’s unusual behavior did not go unnoticed and rumors of a bargain surfaced.)[23]

Lincoln won the election in early November. He nominated Chase right after the Senate reconvened in December.

This is a very nice story, except for the fact that its completely false

There's no evidence Lincoln thought he needed "a new mandate" to do it pic.twitter.com/76T92lh6kE

History is about old stuff.
Besides, Lincoln is a dead white male.

Don’t forget that Lincoln was assassinated by a racist white Democrat.

Her gotcha line got her. Why didn’t she call out barryo for not naming an african american for a court seat?

What has she ever NOT lied about? I’ll wait.

Hope you are not holding your breath.?

Hear and watch David Horowitz’s unique and masterly perspective in an interview led (sort of) by Minnesota-based Alpha News reporter (and St Olaf College sophomore) Kyle Hooten (who very politely and graciously tried to finish each of his many fine, illuminating questions, put to a rather garrulous and lively, and as usual, most informative and authoritative Horowitz, always at the ready to inform).

Hooten is a knowledgeable and insightful inquirer (and a really patient and accommodating, even magnanimous interlocutor). David Horowitz, as many of you might already know, is a venerable institution of freedom unto himself, a still-recovering radical leftist from the 60s and 70s, whose parents were early Cold-War American Communists, being ardent, long-time supporters of Josef Stalin. Horowitz knows the Left’s motivations and aims, their Uncle Joe, whether Stalin or Biden’s, appeal notwithstanding, from the inside out. It’s just a matter of degree, rather than core-quality or nature.

The story of Democrat-Progressive-Lefty lying as a matter of policy and more — in relation especially to the upcoming election — is laid out in clear and certain historical fact-patterns for the listener/viewer of this highly revealing and fascinating 47-minute Q & A.

Harris lied. Color me surprised. Not.