Says will consider it depending on what happens with Amy Coney Barrett nomination, will have definite answer before Election Day. 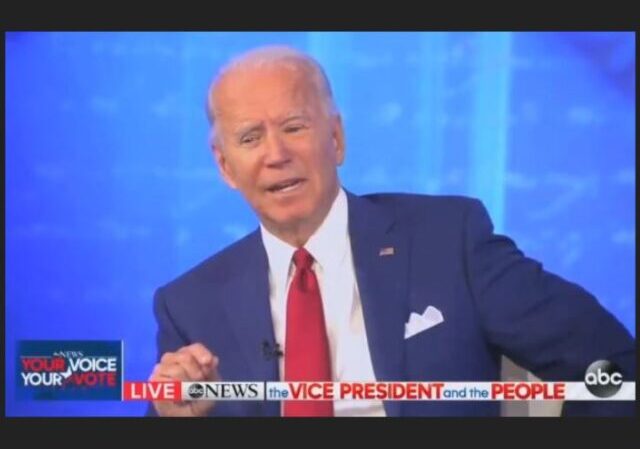 At the ABC News town hall with Joe Biden, Biden was asked about court-packing, a question he previously has refused to answer.

To his credit, George Stephanopolous did press him on the issue (although most of the event was softball), and Biden refused to rule it out, saying he would consider various options if Coney Barrett is rushed through confirmation.

The answer is somewhat rambling, but stay with it. The door is open. He says he’ll have a definite answer before Election Day.

BIDEN: I’m open to considering what happens from that point on.

GS: You know you said so many times during the campaign, all through the course of your career, it’s important to level …?

BIDEN: Well, it is, but George, if I, if I say no matter what answer I gave you, if I say it, that’s the headline tomorrow, it won’t be about what’s going on now. The improper way they’re proceeding.

GS: But don’t voters have a right to know where you are.

GG: So you’ll come out with a clear position before election day.

BIDEN: Yes. Depending on how they handle this.

It’s been more than a week and still nobody has asked him why he does not want his policies to be in the headlines?

When asked if he would pack the Supreme Court, Biden simply held up a sardine can.

By which times all the voters the Democrat have urged to vote early by mail will have already voted. What a liar.

Here’s the bottom line: Democrats are going to pack the court no matter what Republicans do in the next month. It’s what they do. We need not only to ram ACB through, we need to ram two more through just for good mesaure.