Our press continues to promote pandemic panic that helps only one of its key supporters…China. 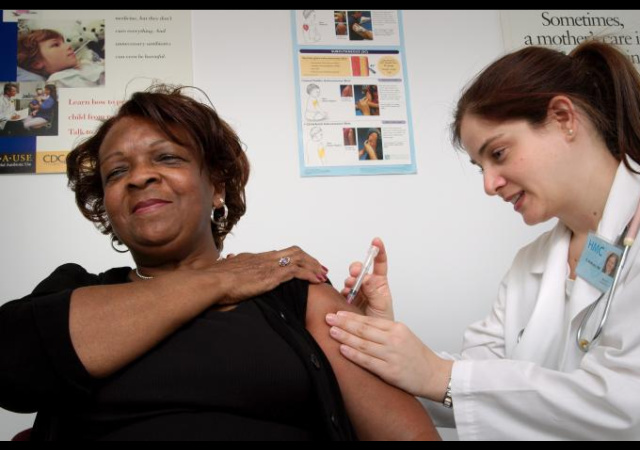 When this history of the coronavirus is written, I believe the American media will be featured as one of its leading villains…right after China.

The press continues to ignore positive coronavirus news, smears the effectiveness of Sweden’s herd immunity approach, and mask-shames those who chose not to wear cloth coverings.

Today’s topic demonstrating the panic=porn approach of the American media is the news related to the AstraZeneca coronavirus vaccine trial.

The agency, Anvisa, said in a statement that it was formally notified of the death on Monday.

The vaccine candidate is being developed with the University of Oxford.

In a statement to NBC News, AstraZeneca said that the trial would continue.

“We cannot comment on individual cases in an ongoing trial of the Oxford vaccine as we adhere strictly to medical confidentiality and clinical trial regulations, but we can confirm that all required review processes have been followed,” the statement said. “All significant medical events are carefully assessed by trial investigators, an independent safety monitoring committee and the regulatory authorities. These assessments have not led to any concerns about continuation of the ongoing study.”

I saw this news prompted through social media, leading to even more fear related to the vaccination. It took some research on my part to determine that the patient…was given the placebo.

A volunteer in AstraZeneca’s Covid-19 vaccine trial in Brazil has died, Brazilian health authorities said Wednesday, triggering fresh alarms over the future of the Oxford program. But later reports noted that the death was in the placebo group and AstraZeneca issued word that there were no concerns about continuing the study.

The Brazilian health agency Anvisa said it had received data from an investigation into the issue, per a Reuters report. The report was then updated citing a Brazilian newspaper with unnamed sources saying that the volunteer was in the placebo arm of the trial.

And while a vaccine would be wonderful to have, the creation and distribution of effective therapeutics paired with early treatment may be just as important in turning back the pandemic. Another bit of news that the American press isn’t sharing is the substantial drop in COVID19 deaths.

Two new peer-reviewed studies are showing a sharp drop in mortality among hospitalized COVID-19 patients. The drop is seen in all groups, including older patients and those with underlying conditions, suggesting that physicians are getting better at helping patients survive their illness.

“We find that the death rate has gone down substantially,” says Leora Horwitz, a doctor who studies population health at New York University’s Grossman School of Medicine and an author on one of the studies, which looked at thousands of patients from March to August.

The study, which was of a single health system, finds that mortality has dropped among hospitalized patients by 18 percentage points since the pandemic began. Patients in the study had a 25.6% chance of dying at the start of the pandemic; they now have a 7.6% chance.

Here is something to consider: Legal Insurrection cannot share many of my coronavirus posts because I refute most of the “experts” by promoting the news from scientists and public health professionals that go against the fear-narrative.

It turns out that the Chinese have a significant presence on Facebook.

There are at least half a dozen “Chinese nationals who are working on censorship,” a former Facebook insider told me last week. “So at some point, they [Facebook bosses] thought, ‘Hey, we’re going to get them H-1B visas so they can do this work.’ ”

Additionally, The Federalist did a round-up of major media entities and their financial ties to China. They looked at The New York Times, The Washington Post, MSNBC, NBC, ABC, and Bloomberg. The money-influence power China has over these organizations is disturbing.

And as the press continues to promote pandemic panic, China’s economy booms.

Life for the Chinese is broadly back to normal, while here and throughout Europe the announcement of new restrictions is a daily occurrence.

In China, the IMF predicts the economy will have grown by 2 per cent by the year’s end. In Britain, our national income is likely to shrink by one tenth, with the U.S. and much of Europe also showing negative growth forecasts.

Indeed, China will be the only major economy to have the sought-after V-shaped recovery that Western economists spoke so optimistically of just a few short months ago.

If it is possible to win a war without firing a shot, China might have done it…with the help of the American press.

“When this history of the coronavirus is written, I believe the American media will be featured as one of its leading villains…right after China.”

Leslie, why would you assume that the historians of the future will not be the Socialist/Communist Party slugs most of them are currently? The history of the Wuhan ChiCom Flu may be really interesting history, or pretty boring fiction.

I’m a physician. I find the media’s behavior disturbing. I also find it strange, since ordinarily the media champions vaccines. They championed the swine flu vaccine. They are advocates for a number of new vaccines, including HPV and zoster. And no fall is complete without reminders from the media about the importance of the influenza vaccine.

And on each one, they’re correct. Vaccines are good, cost-effective therapies that are critical to public health.

So what’s the reluctance to advocate for a safe, effective COVID vaccine when it comes out? The FDA will do their usual due diligence (more quickly than usual, we all hope), and we’ll see. If it’s 50-70% effective then it’s equal in efficacy with the influenza vaccine.

The Trump administration has to make these points, and make clear that the Democrats, progressives and media (BIRM) are raising doubts for the sake of politics. It’s despicable.

Well, steve, as a physician, I am sure that you are well informed as to the negative side effects of vaccines, both individually and as a class of prophylactic treatment. In fact, the negative side effects of vaccines is so bad that the US Congress had to pass legislation to protect vaccine manufacturers and set up a special court system solely to deal with the damage claims against the vaccine industry. So, let us not inflate the benefits of vaccines as a whole.

Is the practice of general vaccinations for the populous beneficial? Maybe. But, the selling point of general vaccination is to establish herd immunity which will destroy the pathogen. Unfortunately, history has shown that this is a falsehood. We still have incidents of supposedly eliminated diseases, such as common measles, which crop up despite the mandatory vaccination of 95+% people in the US. What happened to herd immunity? On the other hand, though the CDC does not accurately track vaccine induced serious illnesses or deaths, there are several times as many deaths claimed from vaccines for measles as there are measles themselves, every year in the US. Now, does this mean that people should not vaccinate themselves or their children against measles? That is a choice only they can make. Yet, if the medical profession and the government had their way, everyone would get vaccinated whether they liked it or not. Tyranny of good intentions can be as damaging as any other type of tyranny.

It’s rumored some of the coronavirus vaccines being tested are RNA vaccines. I hope these aren’t approved, every RNA vaccine ever tested causes autoimmune conditions.

What distresses me most about this is that all the anti-covid-vaxx talk will leech into talk about other vaccines as well. Dems are saying: anything touched by Trump or his administration is horribly tainted, but what too many people will hear is: vaccines are horribly tainted.

The Dems are feeding the anti-vaxx beast.

Should people be skeptical of receiving a vaccine for COVID, at this point? Yes. Why? Because we have little or no information of short or long term side affects from such a virus and, because of the political weaponization of the COVID virus, we really do not have accurate information on the danger of the virus itself. Positive test for exposure to the virus are still being reported as actual infections. The classification of deaths as being COVID related is extremely suspect. So, is a rush to be vaccinated, without long range testing of the vaccine, really a good idea? Time will tell.

Now, the media. The media hyped the COVID virus for political purposes. At least until the election, the media has to keep the “threat” of COVID alive, while minimizing the efforts of DJT to combat it. So, the historically pro-vax media becomes anti-vax where this virus is concerned. If Trump is defeated, mandatory vaccination will become law. It may become law anyway, though this is less likely under a Trump administration. Even the liberal Dems know that the society and economy has to be reopened, eventually. And, a mandatory vaccine would allow them to justify that reopening.

I expected Asian countries to fare well. First of all, they have fewer co-morbidities. However, even beyond that, they have more herd immunity exposure to SARS (sars-cov1) than most of the rest of the world (Canada had an outbreak of it, too, and of course they are also doing well). It’s highly likely that anti-SARS immunity cross reacts and fights off COVID 19 to at least some degree.