“This is our sacrosanct moral duty.” 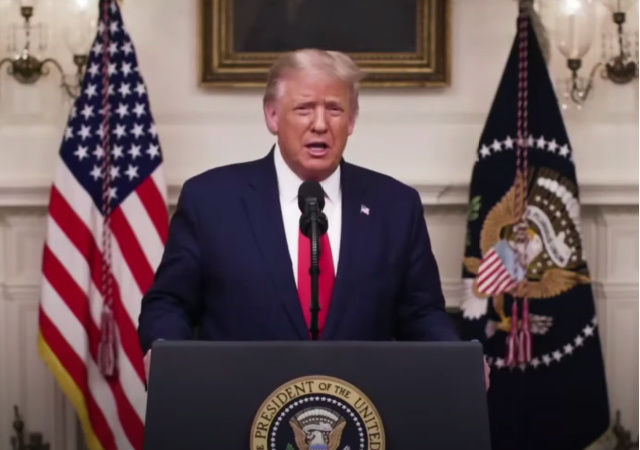 The legislation requires medical care for babies who survive abortion.

“Today I am announcing that I will be signing the Born-Alive Executive Order to ensure that all precious babies born alive, no matter their circumstances, receive the medical care that they deserve. This is our sacrosanct moral duty,” said Trump Sept. 23, speaking in a pre-recorded video address during the National Catholic Prayer Breakfast virtual even.

The Born-Alive Infant Abortion Survivors Act has been introduced several times in Congress, but has failed to become law. The bill stalled in the House of Representatives in 2019-2020 because an insufficient number of members signed a discharge petition which would have triggered a vote on the bill.

The proposed law would not have created any new limit or restriction on access to abortion, but would require that infants born alive after an attempted abortion be given appropriate medical care consistent with that given to a child of the same gestational age born under a different circumstance. Several states have passed their own version of the bill.

“I want to express my deep gratitude everyone who prays for me, for the First Lady, and for our great country,” Trump said.

The president also spoke of how he grew up near a Catholic church in the New York City borough of Queens, and had seen for himself the “incredible work” the Church does for the marginalized.

“I grew up next to a Catholic church in Queens, New York and I saw how much incredible work the Catholic Church did for our community. These are amazing people. These are great, great people,” the president said.

“Catholics of all backgrounds share the love of Christ with the most vulnerable, as they care for the elderly, the homeless, and neighbors in need. Our nation is strong because of Catholics and all people of faith,” he added.

A person who violates the requirements is subject to criminal penalties—a fine, up to five years in prison, or both.

Additionally, an individual who intentionally kills or attempts to kill a child born alive is subject to prosecution for murder.

The bill bars the criminal prosecution of a mother of a child born alive for conspiracy to violate these provisions, for being an accessory after the fact, or for concealment of felony.

A woman who undergoes an abortion or attempted abortion may file a civil action for damages against an individual who violates this bill.

I have a bone to pick with The Associated Press.

It makes it seem like Trump made this promise just to appease us Catholics. Not because he’s genuine or truly cares about saving unborn human beings.

Oh well. Why did Trump do this? Only God knows what’s in his heart. It’s not up to us to assume or judge.

If that Baby is a U.S. Citizen, the Baby has rights.
My view grants those rights at conception, however that is a fight for another day.