Schumer, Warren Among Democrats Who Refuse to Meet With Amy Coney Barrett

Schumer, Warren Among Democrats Who Refuse to Meet With Amy Coney Barrett

Democrats: This is all illegitimate!! Me: How do I Constitution?! 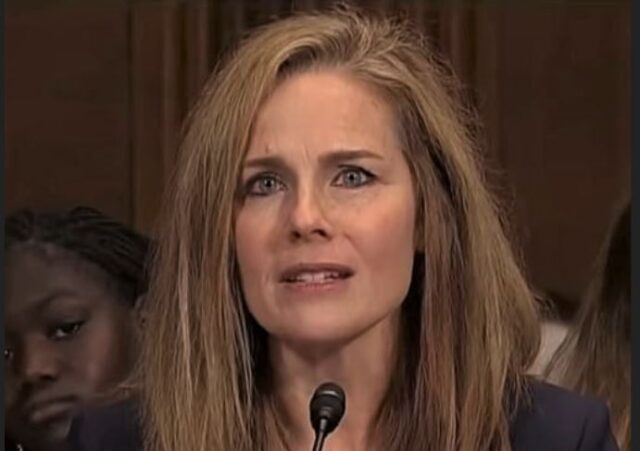 Warren would not even refer to Barrett by name. She refers to Barrett as “Donald Trump’s Supreme Court nominee.”

I will not be meeting with Donald Trump's Supreme Court nominee. We need to treat this nomination like the illegitimate power grab it is. pic.twitter.com/KwmtQ27miP

Why do you hate women, Sen. Warren?

This is not an illegitimate power grab. Trump is president until we swear in a new president in January. The Constitution, which you vowed to uphold, is pretty clear on this topic.

Senate Minority Leader Charles E. Schumer (D-N.Y.) said Sunday that he will not meet with Barrett, becoming the most prominent Senate Democrat to spurn a meeting with Trump’s Supreme Court nominee.

At a news conference in New York, Schumer said he doesn’t plan to meet with Barrett “because I believe, first, that the whole process has been illegitimate, and, second, because she has already stated that she is for overturning the ACA.”

Schumer told the ladies on The View that Barrett’s “views are so pronounced that I don’t think meeting with her would change anything.”

Then can we skip the hearings and just go straight to the vote?

Sen. Dick Durbin has a spine and decency because he said he would meet Barrett via a phone call to keep with social distancing protocols:

“I’ve met with every Supreme Court nominee since I’ve been in the Senate. I will extend that courtesy, if she requests it, for at least a socially distanced, safe meeting, perhaps over the phone,” Durbin said during an interview with ABC News’s “This Week.”

Barrett met with some Republican senators on Tuesday:

“We believe the Senate has an opportunity here for a fair and respectful consideration,” Pence told reporters ahead of his meeting with Barrett and McConnell. “We urge our Democratic colleagues in the Senate to take the opportunity to meet with Judge Barrett, and as the hearing goes forward to provide the kind of respectful hearing the American people expect.”

I don’t see the downside to this.

Any members of the Senate Judiciary Committee should forfeit their right to question Judge Barrett during her nomination hearing.

^ Any members of the Senate Judiciary Committee who refuse to meet with her now should forfeit their right to question Judge Barrett during her nomination hearing.

Oops, I had a momentary brain-biden.

The democrat senators refuse to meet with or vote for Barrett, so stop the “hearings” charade. Go straight to the vote.

Schumer, Warren, and Hirono refusing to meet with Judge Barrett is another example of the pathetic infantilization of our country. Adults whose action are those of children. This has been a noticeable trend is the US for at least the past 10 years.

There is no constitutional requirement to hold hearings, or in fact even to hold a vote. Back in the old days the president would walk over to Capitol Hill with a list of appointments and ask “do you provide acknowledgement and consent?”