The all new ‘Gravel Institute’ is named for Mike Gravel, a leftist Democrat who ran for president in 2008 and believes 9/11 was an inside job. 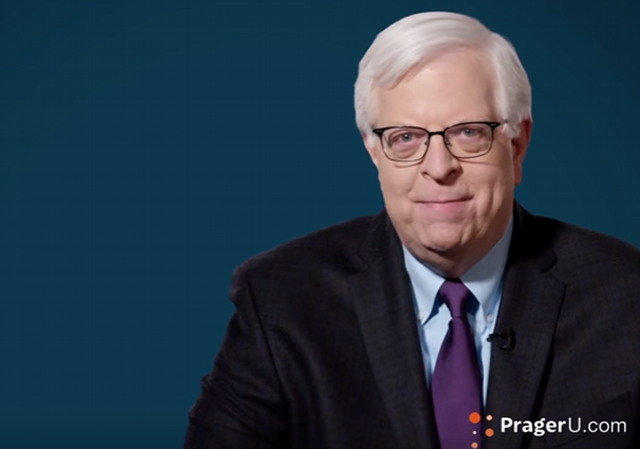 We have been writing about Dennis Prager’s ‘Prager University’ videos since the beginning of the project, and their success is undeniable.

Prager U. reaches millions of people with informative videos about politics, history and culture. Their outreach has become so effective that the left is now offering a version of their own.

Are you ready for the Gravel Institute? Mike Gravel is a far-left Democrat who served as a U.S. Senator in Alaska and ran for president in 2008.

New Left-Wing Platform Seeks to Copy PragerU And Its Success

In an effort to counter the wildly popular PragerU, a group that posts free market, conservative videos on social media, the left-wing Gravel Institute launched today with a short video claiming that PragerU’s is “a huge stream of lies that pours into every computer in America.” Gravel vows to “beat [PragerU] at their own game” by “presenting leftist ideas and refuting right-wing lies,” the organization asserts.

Narrated by Bob’s Burgers and Archer star H. Jon Benjamin, “How to Defeat PragerU: Introducing the Gravel Institute,” was released today and outlined “a big problem on the internet.” The video focuses on PragerU specifically, which is a conservative media group that produces short videos covering political, social, and historical topics.

The Gravel Institute mentions the prolific success of the company, stating, “one out of every three Americans has seen one of their videos and 70% say that Prager’s videos changed their minds.”

While not referencing specific “lies,” The Gravel Institute believes PragerU’s success to be problematic because “it is pulling people toward the Right.”

Here’s their debut video. As Ms. Collins notes above, you may recognize the voice over. It’s actor H. Jon Benjamin, the voice of the main character on the animated series Bob’s Burgers.

The long wait is over. We're proud to announce the launch of the Gravel Institute, fighting PragerU on its own turf. Watch this video to find out what we're doing – and hear a special surprise. pic.twitter.com/kSbHFYc2Ug

If you paid close attention, you heard Benjamin say that the Gravel Institute is going to supposedly expose lies from Prager U. and offer a more truthful view of the subjects.

Oh and speaking of truth, you ought to know that Mike Gravel is an avid believer in the 9/11 truth movement, which espouses the theory that the attacks of September 11th were an inside job.

This is from Harry Cheadle of Vice in May of 2019:

Mike Gravel, the Online Left-Wing Sensation, Is Also a 9/11 Truther

When former US Senator Mike Gravel announced that he was considering joining the already jam-packed 2020 presidential field, it set a very particular corner of the online political world ablaze. The 88-year-old Alaskan is something of a legend (if an obscure one) in left-wing circles: In 1971, he read part of the Pentagon Papers, a leaked study of the Vietnam War, into the congressional record. Though he lost his Senate seat in 1980, he reemerged in national politics during the 2008 Democratic primary…

Gravel has spent a long time calling for a new investigation into the 9/11 attacks**,** and, less absurdly**,** condemning the war on terror. For instance, in 2008, he told Democracy Now, “90 percent of what the government does is held secret. It’s a whole cult. And that’s the thing that is really strangling our democracy, that we just don’t know what’s going on.”

In more recent years, he’s gone a lot further than that: “There’s no question in my mind that 9/11 was an inside job,” he said on Kevin Barrett’s Truth Jihad Radio in 2016. “We killed 58,000 American servicemen in the Vietnam War and all they did was die in vain. What’s so unusual about killing 3,000 more in order to develop the grist for the mill to empower into infinity the military industrial complex?”

I’m really looking forward to the Gravel Institute video about that.

It should be very entertaining.

Has PragerU covered this

Anyone seen this TIP report?

Through the release of the TIP report, the American Left has established itself and its dishonest storyline as the official narrative of the 2020 presidential election. They have alerted the militant wing of their movement to seize control of the lead-up to election day, to election day itself, and all the way out past inauguration day. This is a campaign unto itself — not an event. Now you understand how the Left intends to disrupt and steal the 2020 presidential election. You understand the psychological warfare techniques being used right now to convince you (wrongly) of being demoralized and weakened. You have been warned. The question for you and others in opposition to the TIP plan is: What are you going to do?

Sounds like just more of the 1619 project. Its the only way it could work. Re-write history.

What Prager and Hillsdale College do, is explain the formation and operation of our government. Leftist cant do that. First they have to re-write history, they reach conclusions that defy logic.

So this octogenarian conspiracy theorist thinks 9/11 was an inside job but he calls Prager U’s instructional videos “lies”? The jokes sometimes write themselves.
.