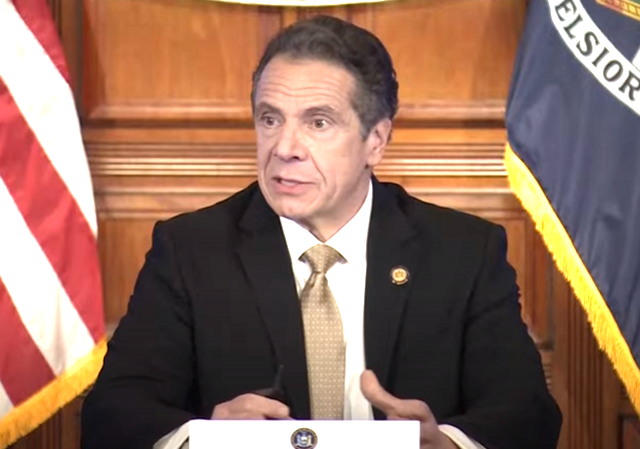 As Professor Jacobson noted, we have now entered into anti-Trump cycle during which the Democrats will push at least one “wrap up smear” a week in the battle against President Donald Trump’s reelection.

This week’s offering seems especially contemptible. It appears that leading Democrats and their media minions are blaming Trump for the COVID-19 pandemic.

For example. New York Governor Andrew Cuomo directly blamed the President for the spread of the virus in his state.

Then there was MSNBC’s Chris Hayes acting on behalf of the media to push message .

There are many facets of response to this inanity. To begin with, New York’s Governor is likely feeling the heat from the investigation concerning the number of nursing home deaths in his state.

New York’s official nursing home death toll is over 6,600, though The Associated Press reported last month that the number could be undercounted because New York only counts residents who died on nursing home property to determine the death toll. Data from the Kaiser Family Foundation suggests that New York could have a nursing home death toll of over 11,000, according to the AP, which is apparently the source of the figure in the president’s tweet.

The Justice Department is currently considering an investigation into whether four Democratic-led states, including New York, violated the civil rights of nursing home residents by requiring nursing homes not turn away other residents for readmission after they had COVID-19. The Trump administration has come under fire as a result, with critics seeing the probe as politically motivated.

Next, I find it fascinating that Cuomo, Hayes, and the rest of the Democratic Party/Media complex is sweeping China’s involvement in the origin and spread of the Wuhan Coronavirus under the rug. It’s a good thing that both the Internet and I have long memories.

However, I suspect the real basis for this particular smear is that Trump is poised to benefit from some good news related to the Wuhan Coronavirus. The number of bases in the US has plummeted to a 3-month low, and as treatments become more effective and available, the number of fatalities will also decline substantially.

Less than 25,000 new coronavirus cases were reported on Monday, the lowest number of daily confirmed cases in close to 12 weeks, according to Johns Hopkins University data.

Just more than 24,000 new cases were tallied Monday with 267 deaths. Over the past week, there have been an average of more than 37,000 U.S. cases reported per day.

Additionally, there is “Operation Warp Speed”, which looks as if it could deliver a vaccine to the public just ahead of the election. The fact that the Coronavirus Task Force’s Dr. Anthony Faucci says a vaccine won’t be available by then suggests that the opposite is likely to be true.

At a health conference, Fauci said it’s more likely a vaccine will be ready by “the end of the year” as drug companies Moderna and Pfizer race to complete patient enrollment for their late-stage vaccine trials by the end of September.

If this is where we now stand in the anti-Trump crisis news cycle, then the Democrats are going to be exploring the hard boundaries of deep, panicked desperation by November 3rd.

The rest of us have to visit our loved ones through a window in these institutions. Fry the ducker.

Detached from the realities of his decisions.

The “the Gov killed Nana” signs must be really getting to him.