Leaving Sen. Collins out to dry 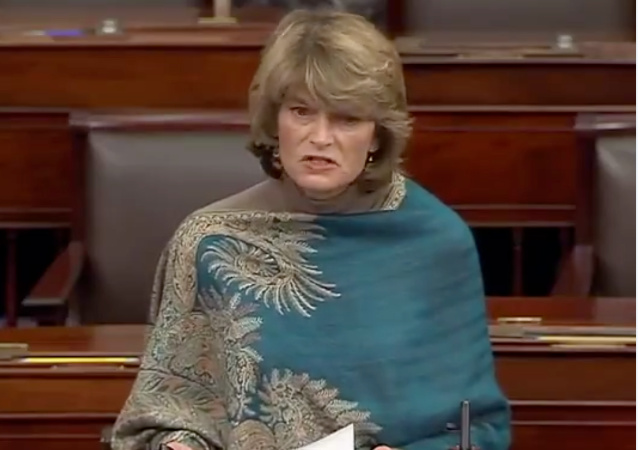 Cocaine Mitch got to Sen. Romney who committed to considering a SCOTUS nominee and now Sen. Murkowski, who said last week that she wanted to stick to the “2016 precedent” has changed her tune, saying she “won’t rule out” voting to confirm a Trump nominee to the SCOTUS before November’s election.

If Democrats were counting on Lisa Murkowski to vote against President Trump’s next nominee to the Supreme Court, they should think again.

Sen. Murkowski said Tuesday she could not rule out that she would vote to confirm a Trump nominee if the Judiciary Committee approves one before the November election.

“I know everybody wants to ask the question, ‘will you confirm the nominee?’” she said outside the Capitol, as her Republican colleagues were gathering for their weekly policy lunch. “We don’t have a nominee yet. You and I don’t know who that is. And so I can’t confirm whether or not I can confirm a nominee when I don’t know who the nominee is.”

Murkowski told Alaska Public Media last week, just before Justice Ruth Bader Ginsburg died, that she wanted to stick to the precedent set in 2016, when Senate Majority Leader Mitch McConnell refused to consider President Barack Obama’s nominee because it was too close to an election.

“And so I would not vote to confirm a Supreme Court nominee,” she said Friday.

Murkowski said Tuesday she still opposes a Senate confirmation vote this close to an election.

Murkowski said she did not know whether she would withhold her vote to protest the timing of the appointment, but she said the quality of the confirmation process would be a factor.

Which leaves Sen. Collins standing in in the middle on her own.

It’s reasonable to assume internal data/polling/etc. is showing confirming a nominee is the favored course here.

“Weather Vane” Murkowski turns with the winds of the polls and the confused comments on social media and decides she’ll “think about” voting for President Trump’s POTUS nominee.WTF is with the state party and Republican voters in Alaska? Can’t they find a Conservative to run for “Murky’s” seat?