“would include the ability to directly edit or remove sections of upcoming interviews, or block the uploading of episodes deemed problematic” 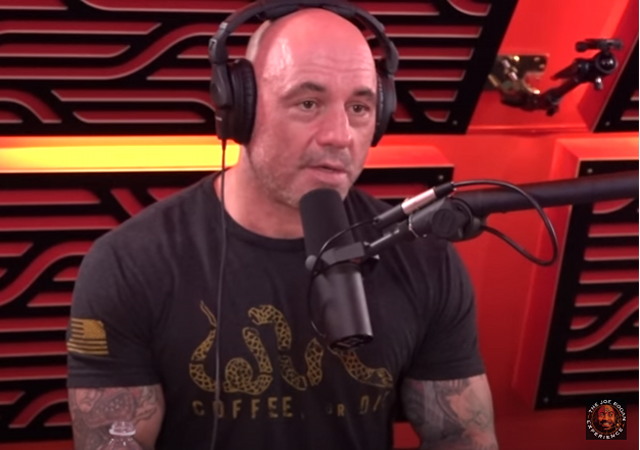 The digital media company ‘Spotify’ recently spent $100 million to bring the highly popular Joe Rogan podcast into its fold. Rogan’s long-form interviews with interesting guests were drawing hundreds of millions of views on YouTube, making his show a valuable commodity.

Rogan’s show has been on Spotify for less than a month, and employees at the company are already demanding editorial control over his content, and even censorship.

Over the last several months, we have seen similar developments in the newsrooms of the New York Times and the Washington Post. The campus social justice warriors of yesterday have moved into the workforce, and they have brought their totalitarian views on speech with them.

UFC color commentator and podcasting deity Joe Rogan signed an exclusive multi-year deal with Spotify earlier this year, but it seems not everyone associated with the digital streaming service wants to be part of the “Experience.”

Despite several internal meetings, select staffers were reportedly dissatisfied with the way senior management responded to Rogan’s controversial material, which prior to finding its way to Spotify, aired exclusively on the longtime funnyman’s YouTube channel.

Spotify employees were demanding direct editorial oversight over the recently-acquired Joe Rogan Experience podcast. That would include the ability to directly edit or remove sections of upcoming interviews, or block the uploading of episodes deemed problematic. The employees also demanded the ability to add trigger warnings, corrections, and references to fact-checked articles on topics discussed by Rogan in the course of his multi-hour discussions.

Rogan’s politics are significantly left of center, but that doesn’t even matter. Bobby Burack of OutKick points to a moment when Rogan became a target of the mob:

“I need to make an apology,” Rogan said on social media. “I said something on the podcast with Douglas Murray about people getting arrested for lighting fires, and I got duped. It’s wrong.”

Rogan’s $100 million deal with Spotify is off to a bad start. In addition to this nonsense, multiple popular JRE episodes were left off Spotify’s migration.

The funny thing about that is that Rogan was not wrong. There have been documented cases of leftists starting fires which led to wildfires outside of Portland.

This is what happens when you concede to the left. Having been repeatedly appeased by weak college administrators, the woke mob now just expects their demands to met. It is the same reason they seem to lose their minds when someone finally says no and fails to give them what they want.

I don’t know this person, but he makes an excellent point:

Notice how the woke professional class appropriates the language and facade of labor and working-class politics, even though it has absolutely nothing to do with securing a better livelihood for themselves or anyone else.https://t.co/j2v4QkaU6G

Paul Sacca of The Blaze reports that many of these would-be strikers at Spotify are earning six figures:

The report added that there are “preliminary plans” for a work strike that “would principally involve New York-based Spotify employees, and would be accompanied by protests outside Spotify’s Manhattan headquarters.”

“Other aspects would involve media appearances and coordination with other activist organizations,” the report said.

The music outlet noted that the strike “could be risky for the staffers involved.”

“Spotify employees reportedly enjoy comfortable salaries in the $120-$130,000 annual range, with considerable perks and benefits,” the report said. “These are plum jobs in extremely uncertain economic times, making a strike a risky move.”

According to PayScale, Spotify pays its employees an average of $110,432 a year. Glassdoor lists many salaries at Spotify well over $100,000.

Anyone want to place a bet on this ending in an expensive lawsuit?

If @Spotify breaches their contract with this ridiculousness, @joerogan is just going to sue them, and take his podcast somewhere else.
That’s all… https://t.co/hTOuwJluDm

Tim Pool discusses the issue below:

Fire’em. Have no discussions whatsoever other than to find out which employees agree with either blocking Rogan’s content, or going on strike if Spotify won’t, then fire them all. Every last one of them.

And of note, I’ve never seen one of his podcasts and have no interest in them. Looking only at the principle of the issue.

Imagine that, you can’t be all pro free speech and all pro communist at the same time. Lol. Now here is a guy who actually gets to experience that paradox in real life. Such a rare gift. I wonder if he’s already received the 100 mil.?