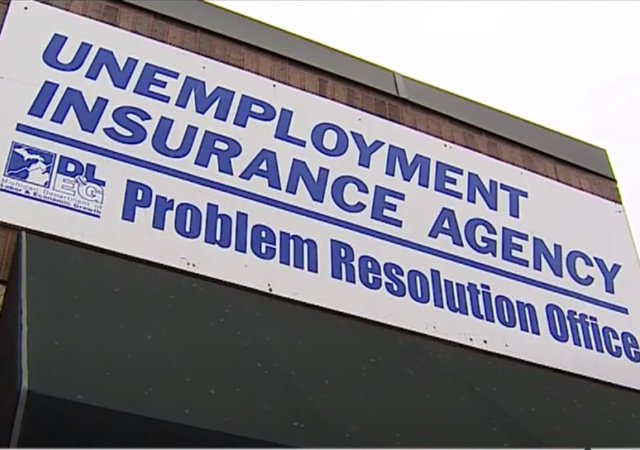 Another 860,000 Americans filed unemployment claims last week, keeping the trend under 900,000 steady for a few weeks.

“Unemployment is down from its peak, but I remain concerned,” said Bradley Hardy, an economist at American University in Washington, D.C. He added that part-time workers and those with jobs tied to still sparsely populated downtowns, malls and universities are particularly vulnerable. “If you have the flu season combined with a potential second wave, I’d be concerned about forecasting continued improvement in the job market.”

The labor market has partially recovered from the severe downturn caused by the coronavirus pandemic and related shutdowns of businesses. Employers through August have replaced about 11 million jobs of the 22 million shed in March and April at the beginning of the pandemic. But the pace of hiring slowed later in the summer, and layoffs have remained persistent.

Another plus is the continuing claims, which are “people receiving benefits after an initial week of aid.” That number fell by 916,000 to 12.6 million.

Analysts have become skeptical about the numbers, mainly due to reporting errors. This causes the Labor Department to “overstate” the numbers:

State reporting and accounting errors are causing the Labor Department to overstate the figure, said Andrew Stettner, senior fellow at the left-leaning Century Foundation who studies the unemployment system. He estimated about 10 million people are being paid benefits under the program. He said such errors are to be expected from a new program that was set up quickly.

The Labor Department is monitoring Pandemic Unemployment Assistance claims data to identify potential anomalies and is working with states where the claims load appears to be overstated, a spokesman said.

The larger of those programs—available to the self-employed, gig workers and others not typically eligible for unemployment aid—paid benefits to about 14 million workers in recent weeks, according to the Labor Department. However, analysts are skeptical about that figure, which has recently exceeded the number of people paid under state programs, which insures about 146 million workers. At the end of last year, there were about 10 million self-employed workers, according to the Labor Department.

Yeah, it’s not high enough for ya!

The official unemployment numbers continue to improve.The problem is the improvement is glacial rather than an avalanche.

In January, we had approximately 160 million people actively working. By the end of March, we had over 30 million unemployed, from that workforce. This is a 20% unemployment rate. Now, in mid-September, we still have 26 million people receiving some form of unemployment benefits [if you combine traditional unemployment insurance programs and other COVID unemployment programs, This is still 16.25% unemployment. And, as the reopening began in late May, this represents about a 3-4% reduction per month. But, this is deceiving. In a recovery from shut down, we would expect to see a large initial reduction in the unemployment rate as businesses reopened and workers returned to work. As the recovery progresses, we should see a tapering of in the rate of reemployment. So, what does this mean, if we only have a 5-6% reduction in the unemployment rate in the first quarter after the reopening? Will an expanded reopening increase the rate of unemployment reduction significantly? At the present rate of recovery, we would expect to have to wait another year for a full recovery to occur, if the rate was consistent. And, then we have the intangibles, such as civil unrest, the continuing collapse of world markets, business and personal liabilities kicking back in and several other factors.

While this is good news, it is not going to be enough to turn things around anytime soon.

Numbers are better and better. The mostly or more opened up economies of red states and red metropolitan areas are doing as well as can be expected.

The mostly locked down economies of blue states and metropolitan areas are continuing to fall behind.

Where the self imposed, artificial, non economic lock downs are continuing the economic pain continues. This is what the d masters of those blue areas want.

Sooner or later the contrast between the economic recovery between red opened up v blue locked down will become apparent.

Hopefully the citizens being locked down will vote their displeasure against the economically devastating policies of their blue state/city d overlords.