Ellesia Blaque hasn’t tweeted in almost a year. Carl Day maintains he is still uncommitted to a candidate. 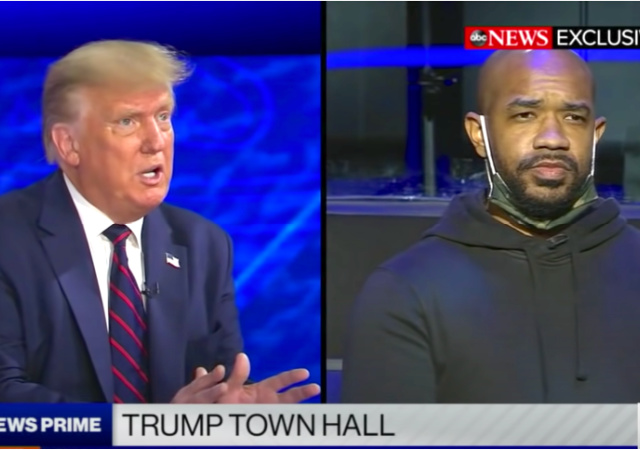 The Washington Free Beacon discovered through social media posts that at least two of the voters have expressed anti-Trump feelings.

ABC touted Ellesia Blaque, a professor at Kutztown University, as an uncommitted voter.

Her Twitter posts say otherwise. Blaque gushed over vice-presidential candidate Kamala Harris while vowing she would volunteer for her in Pennsylvania.

It’s no different on Facebook where she boasts she’s a “liberal Democrat” because they “are not motivated by money or power, but by humanity and the needs of the people.” 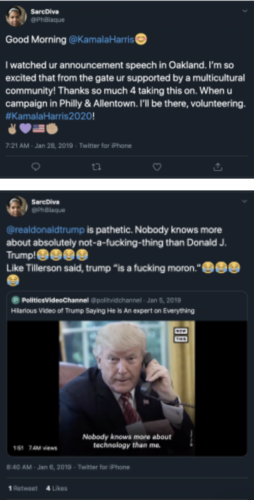 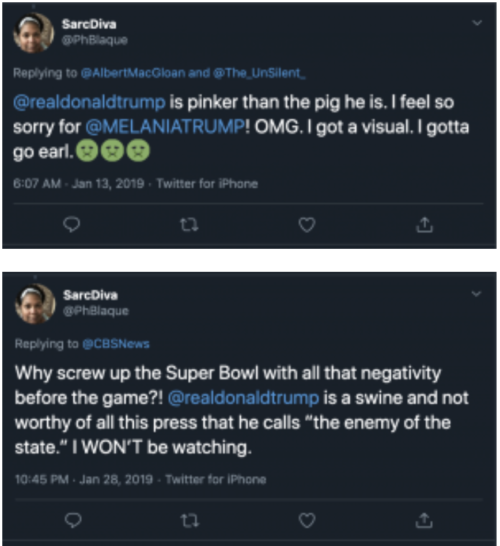 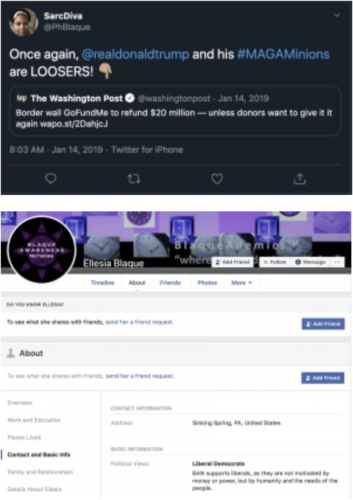 Philadelphia pastor Carl Day proclaimed weeks before the town hall he has “never once supported trump [sic] and won’t now.”

Day said that Make America Great Again “refers to a time in which ‘the n*gger did what they were told in all industries, wouldn’t have the audacity to try to enter a white establishment and didn’t talk back to the cops.”

Between 2015 and 2019, Day described Trump as a “villain” and “ridiculously arrogant & obnoxious.” He also said the president “ain’t no Christian.” 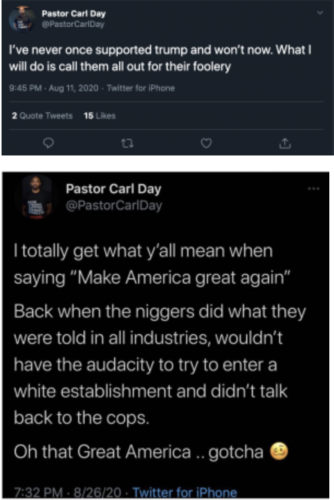 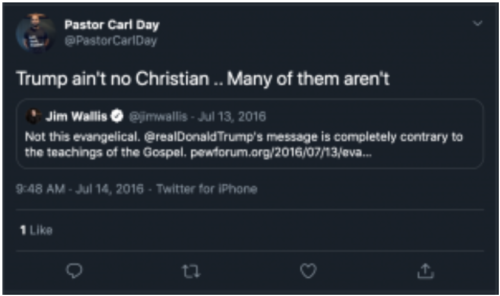 Have Blaque and Day changed since the town hall? The event took place last week.

Ellesia Blaque has not tweeted since January 29, 2019, when she bashed Stephen Miller. Her pinned tweet is her calling Trump “pathetic.” 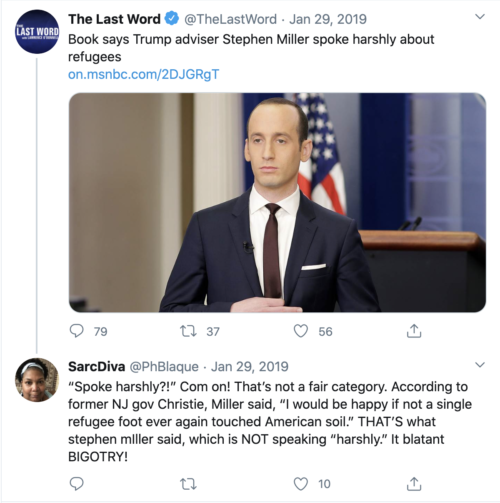 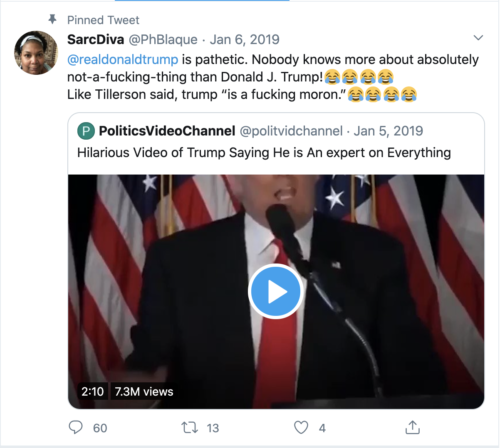 Day maintains that he’s still uncommitted. He has laughed off those tweeting at him after The Washington Free Beacon’s article came out. He received criticism on some shows he appeared on because he wouldn’t endorse Joe Biden.

But a lot of his recent tweets have been about social justice and sports. 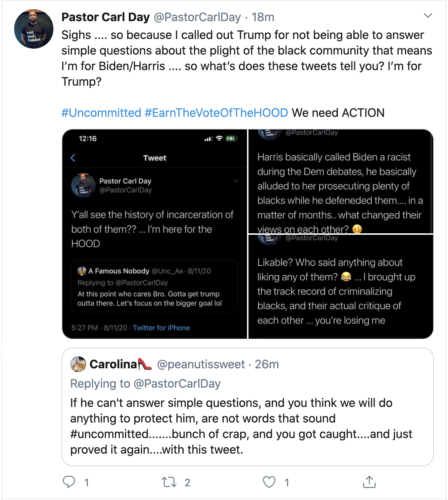 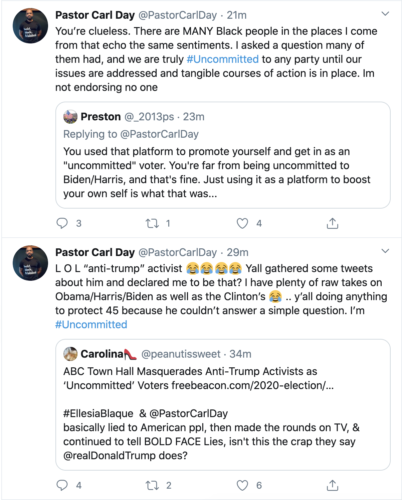 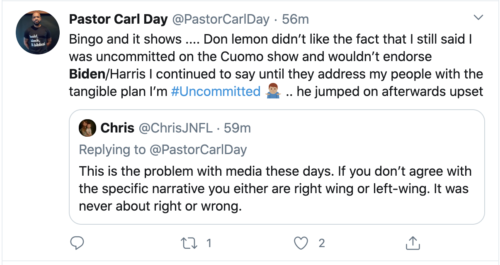 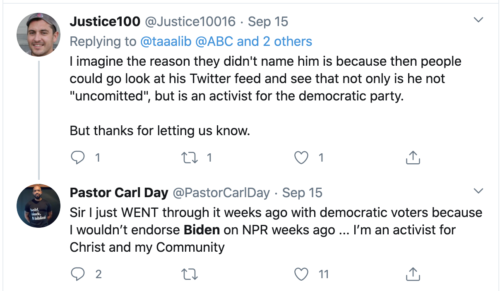 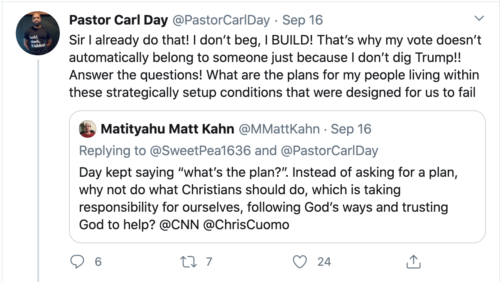 This “pastor” needs to clean up his act. If he calls himself a pastor but says the things he does the way he does, he’s not a child of Christ. What other dishonesties does he enjoy?.
.

Can the Republican Party determine who can run in elections as a Republican candidate?

It’s also how Trump got to be the R candidate for president.