“his warnings we could potentially be at the end of American democracy scared me, and I found upsetting and hard to watch” 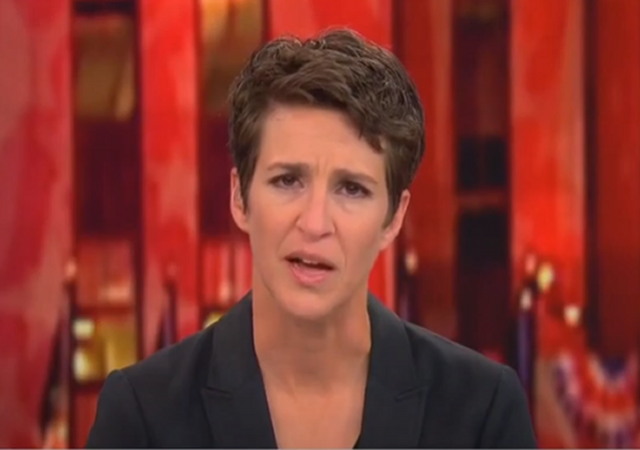 Obama’s 2020 DNC speech was almost the opposite of the 2004 DNC speech that propelled him onto the national stage. If you watched this week, you heard very little about hope and the things that bring Americans together.

Instead, this was a dark speech that was heavier on Obama’s dislike of Trump than why you should vote for Joe Biden. MSNBC’s Rachel Maddow loved the speech, naturally, but it also scared her.

You see, one of the gloomy and looming aspects of Obama’s speech was that if you don’t vote the way Democrats want you to, our ‘democracy’ may end.

Maddow: Obama’s tone at Democratic convention was upsetting and hard to watch

Reacting to the third night of DNC speeches, network hosts Rachel Maddow and Joy Reid said the former president’s pessimistic remarks were “hard to watch,” which they interpreted as a warning that President Trump’s reelection could mean the “end of American democracy.”

“President Obama’s speech tonight slayed me. I’m sure people will have different opinions about it because it’s a different kind of thing from him. But his warnings we could potentially be at the end of American democracy scared me, and I found upsetting and hard to watch. But it’s powerful. Powerful stuff,” Maddow said.

Reid said she shared Maddow’s reaction to Obama’s speech, speculating that Obama, whom she describes as a “poet,” purposefully used that rhetorical tone to forewarn about the consequences of the election.

See the clip below:

Rachel Maddow: President Obama’s speech tonight slayed me…His warnings that we could potentially be at the end of American democracy scared me, and I found upsetting and hard to watch. pic.twitter.com/pwhBdMhyyL

It’s just a little over the top, right?

All They Had To Do Was Not Be Bonkers… https://t.co/fyQWRNWhdc

These ppl have a sickness… It's pretty disgusting https://t.co/Gn45aEQGDU

Years ago, Democrat would often accuse Republicans of exploiting the politics of fear.

What do they call this?

Rachel, the US has never been a democracy. We are a democratic republic and our Constitution guarantees each state a republican form of government.

She is a care bear now.

InsufferableKunt. It’s going to be afraid of a lot more come November. Toyko rose spent the rest of her life running from imaginary assassin’s. This skank had best follow her example. Not all boogeyman are just boogeymen.

Maddow and Lawrence O’Donnell should have a loveless love-child. It would be adorned with the best tinfoil MSNBC can buy.

Madcow does provide a wide all spectrums of entertainment, particularly in the horror (imagine waking up next to this freak) and comedy (read an excerpts from her book – or don’t waste your time and trust me: her ignorance is laughable).