Kerry Kennedy: Rowling “diminishes the identity of trans and non-binary people” by asserting that biological sex is real. “The science is clear and conclusive: Sex is not binary.” 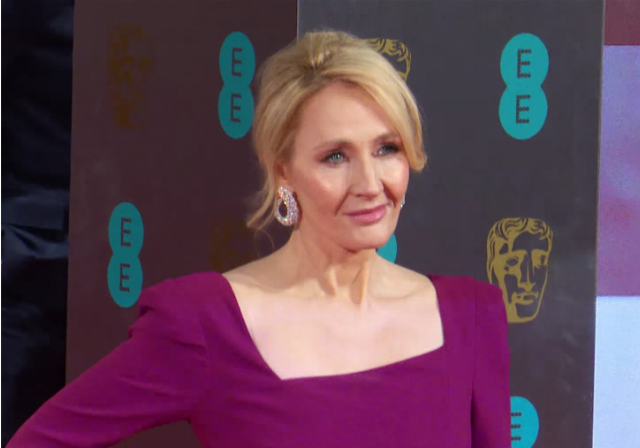 Harry Potter creator J.K. Rowling has returned a Kennedy family award following criticism for her alleged ‘transphobic’ views. The author, who received the 2019 Ripple of Hope award by the Robert F. Kennedy Human Rights (RFKHR) organisation for her work with a UK children’s charity, was attacked by the media and activists for her ‘anti-trans’ comments where she dared to make a distinction between biological women and transgender.

The outrage began last December when the famed author defended, Maya Forstater, a British woman who lost her job for tweeting that “men cannot change into women.” Rowling was accused of ‘literally killing trans people’ for defending such ‘hateful’ views.

Rowling, an avowed feminist, refused to back down on the issue despite numerous death threats, event cancellations, and Harry Potter book burnings. Given her charitable work with women’s shelters and female prisoners, she has been vocal about the push by Scottish lawmakers and activists to replace the biological sex with fluid gender.  The law could allow sexual predators into women prisons, the critics argue.

Rowling’s decision to return the award came as Kerry Kennedy, the daughter of Robert F. Kennedy and the president of the Robert F. Kennedy organization, denounced her remarks as hateful and wrong. She accused the author of diminishing the “identity of trans and non-binary people” by implying that the biological distinction between the sexes was real.

“The science is clear and conclusive: Sex is not binary,” Kerry Kennedy proclaimed.

JK Rowling is returning an award associated with the Kennedy family, amid the ongoing debate surrounding her views on transgender issues.

“I have spoken with JK Rowling to express my profound disappointment that she has chosen to use her remarkable gifts to create a narrative that diminishes the identity of trans and non-binary people, undermining the validity and integrity of the entire transgender community,” Kennedy said.

“One that disproportionately suffers from violence, discrimination, harassment, and exclusion and, as a result, experiences high rates of suicide, suicide attempts, homelessness, and mental and bodily harm. Black trans women and trans youth in particular are targeted.” (…)

Rowling, who was given the Ripple of Hope Award last year, has now responded in a blog post on her website. She said Kennedy’s implication that she is transphobic is “incorrect”.

She also disagreed that “there is no conflict between the current radical trans rights movement and the rights of women”, claiming “thousands of women” had contacted her to express their support and call for a more nuanced debate.

“These professionals, some at the very top of their organisations, have expressed serious concerns about the impact of gender identity theory on vulnerable adolescents and on women’s rights, and of the dismantling of safeguarding norms which protect the most vulnerable women.

This is a great fall from grace for a known liberal and feminist. Rowling, who was once cheered by the media for trolling President Trump for Twitter spellings errors, is now the focus of their vitriolic wrath.

“‘Harry Potter’ author J.K. Rowling’s trans tweets undermine Potterverse ideals,” NBC commented in June referring to the fictional universe she created. “J.K. Rowling has let us down … It’s enraging to realize that Rowling isn’t the person we long assumed she was.”

In CNN’s verdict: “J.K. Rowling’s bigotry is painful and maddening.” The news channel couldn’t figure out why the author wasn’t doing the expected walk back after making undesired comments. “Despite a swift backlash, she doubled down on her statements three days later in a lengthy post on her website that emphasized her belief that trans women aren’t women,” CNN asked last month.

The criticism has spilled over to her fictional work as well. “[S]he’s frequently come under fire from fans who feel that the author, and the massive magical universe she created, aren’t keeping step with the more progressive times they’re in,” the leftist news website Vox complained. Only in a leftist parallel universe, where most of our media commentators live, works of fiction have to conform to the latest version of their magical worldview.

Enraged over Rowling’s ideological ‘betrayal,’ she is now the latest target of cancel culture. Two of the biggest Harry Potter fan sites distanced themselves from the author for “harmful and disproven” belief that biological sex is real and for using her “privilege to target marginalized people.”

Last month, Rowling joined 150 other writers and academics in an open letter denouncing the cancel culture. “The way to defeat bad ideas is by exposure, argument, and persuasion, not by trying to silence or wish them away,” the letter said. “As writers we need a culture that leaves us room for experimentation, risk taking, and even mistakes.”

“The science is clear and conclusive:
Sex is not binary,” Kerry Kennedy proclaimed.
———————————-
Geez, to say this kind of stupid out loud should require immediate hospitalization and quarantine from sane people.

She seems rather unafraid of trans people n their “advocate”, for being “phobic.”

I can say I’m Superman and buy tights and a cape but when I jump off the roof I’m will not fly. I can claim anything but I must be able to back it up with facts that lead to truth.

For thousands of years, man entertained his a priori fantasies about how the world worked by inventing gods, and insisting his god had revealed the operation of some natural or spiritual truth to him; and since different men’s gods revealed conflicting things to each, great wars continued to be fought over these differences.

Then man invented science, a hopefully objective way that men could agree on what was and wasn’t true about the operation of at least the natural world.

Then the left abandoned gods for science, and immediately began to claim that science revealed different things to each of them, which was perfectly plausible because objective truth did not exist.

And the wars began again.

Pro-trannie activists may be very active and loud but I suspect their base support could probably fit in one omnigendered public restroom. Seriously. Besides, other than the reptilian asexual extraterrestrials who have apparently taken over our government, universities and Hollywood, who actually believes this crap?